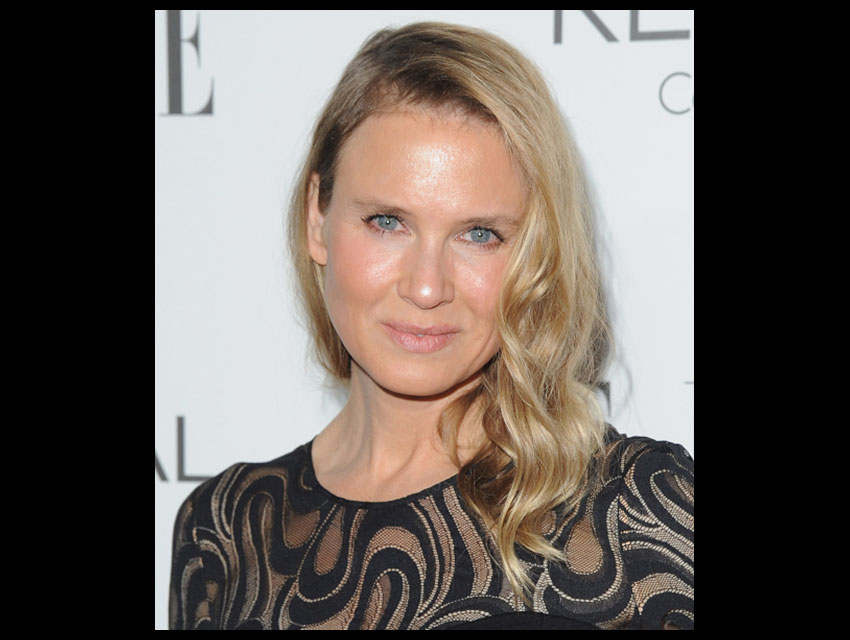 WHAT: On Monday, Renée Zellweger showed up at the Elle Women in Hollywood Awards in Beverly Hills, a noteworthy event given that the actress rarely walks the red carpet these days. Even more noteworthy was the fact that many people didn’t recognize her. The internet chatter started almost immediately. Was it plastic surgery? Botox? A chemical peel?

After a day of rampant online speculation, Zellweger issued a statement to People crediting her healthier, low-key lifestyle with the change: “I’m glad folks think I look different! I’m living a different, happy, more fulfilling life, and I’m thrilled that perhaps it shows.” The 45-year-old actress also pointed out the obvious: people age. “People don’t know me in my 40s,” she said. “Perhaps I look different. Who doesn’t as they get older?!” We find that hard to believe, but that’s beside the point.

THE VERDICT: We rarely comment on the physical appearance of actors, and for good reason. The entertainment industry is cruel. It’s more cruel to people who are female, fat, older than 23 or (God help you) any combination of the above. That sort of scrutiny can inspire even the sanest, most confident human to develop an obsession with their appearance. It’s worth repeating that women are judged far more harshly than men for their perceived physical shortcomings. There wasn’t this sort of brouhaha when Zach Galifianakis recently showed up on the red carpet looking like Joe Cocker.

In these latest pictures, Zellweger doesn’t look like some freaky plastic surgery victim. She just looks different. So different that if you stood two feet away from her, you probably wouldn’t know it was her. That’s because Zellweger had a distinct look—one that was frequently mocked. Now she looks like a suburban soccer mom, and she’s getting mocked for that, too. It doesn’t matter whether or not she had plastic surgery. What matters is our society’s obsession with looks. On the upside, Zellweger no longer has to wear a baseball cap and dark sunglasses to avoid being spotted as she goes around town, probably to join Jennifer Grey at another meeting of the Undercover Actress Lunch Club.