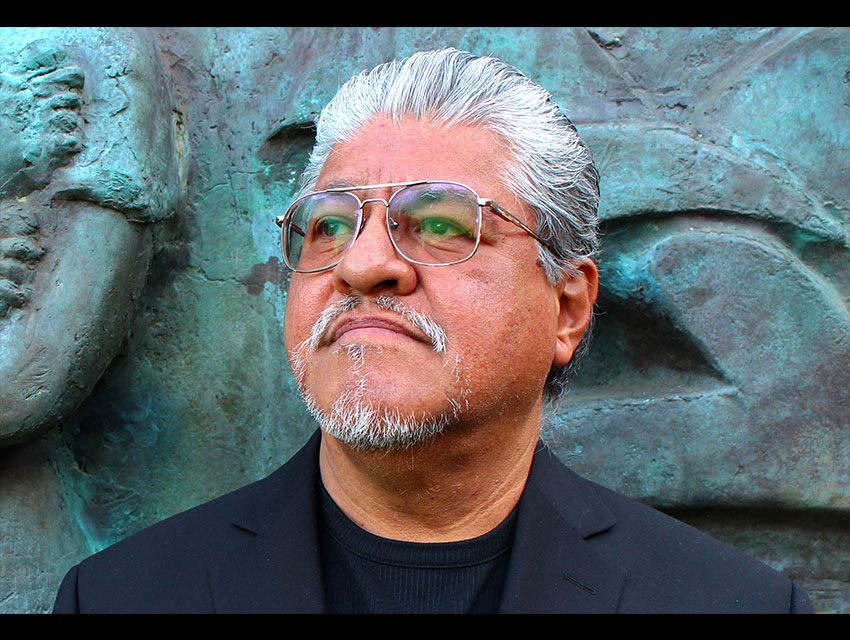 Recognized as one of the forerunners of Chicano literature in the United States, Rodriguez is best known for Always Running: La Vida Loca, Gang Days in L.A., a nonfiction memoir that was adapted into a stage play for high school students. Among other honors he has won a Poetry Center Book Award and a Carl Sandburg Literary Award.

“Luis Rodriguez is an example of how powerful an impact literature can have on young lives, and as poet laureate, he will impact youth across Los Angeles,” Mayor Garcetti said in a statement.

Rodriguez takes over from Eloise Klein Healy, who became L.A.’s first poet laureate when the program began in 2012.

He hopes to make poetry more accessible to Angelenos through workshops, public readings, and a festival that he will host. “I want people to get to the heart of poetry,” Rodriguez says.

Aside from his work as a writer and a poet, Rodriguez helped found several community organizations including Chicago’s Guild Complex and Tia Chucha Press. He has also devoted himself to helping teenagers.

Rodriguez hopes to inspire teens to deepen their curiosity about the world and understand with everyday life.

Here’s one of our favorite poems by Luis Rodriguez, “Bethlehem No More.”

Bethlehem, I never thought you would be missed.
When we toiled beneath the girders,
We cursed your name.

But you were bread on the table, another tomorrow.
My babies were born under the Bethlehem health plan.
My rent was paid because of those long and humid
Days and nights.

But Bethlehem you are no more.
We have made you ritch-rich enough to take our toil
And invest it elsewhere. Rich enough
To make us poor again.