Home Books Matt Zoller Seitz’s New Book Takes You Into the World of The... 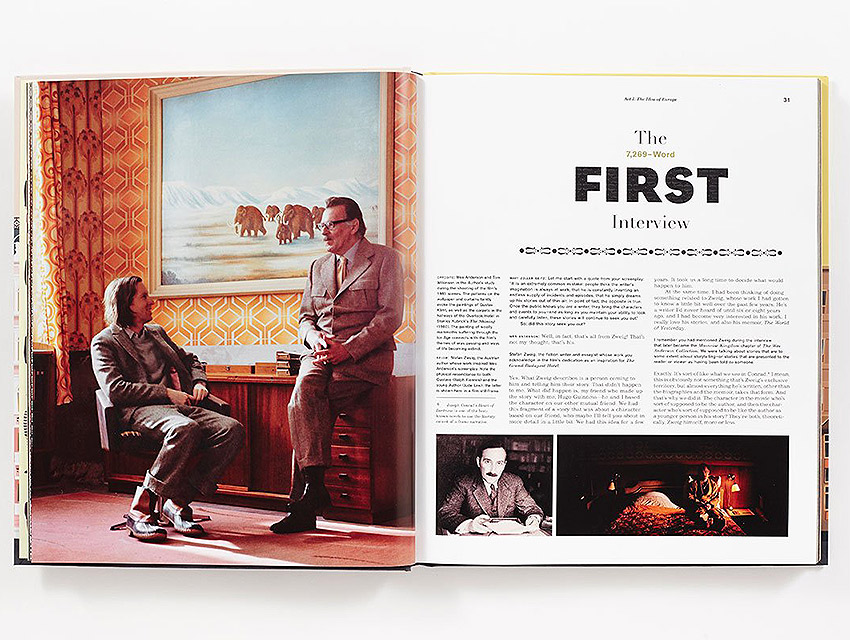 Wes Anderson has a chance to take home his first Oscar this year after being nominated (but walking away empty handed) for three previous films. The Grand Budapest Hotel, his nostalgic 1930s comedy about a concierge trying to clear his name of a murder, has been nominated for nine Oscars, so chances are good Anderson may finally get his gold statue.

New York Magazine and Vulture.com television critic Matt Zoller Seitz has captured the film in book form in The Wes Anderson Collection: The Grand Budapest Hotel. This latest homage comes on the heels of his best-selling The Wes Anderson Collection and is full of interviews with Anderson, actors from the film, chapters on the music, costumes, and production design, and more. It is the definitive behind-the-scenes guide to a movie that is sure to (hopefully) sweep the Oscars this year.

Where is the one place you always have to stop when you’re in L.A.?
I always try to stop at the Los Angeles County Museum of Art and see a movie, or I go to the Cinerama Dome. I insist on calling it the Cinerama Dome even though technically it’s a part of ArcLight. Some of the greatest movie experiences of my life were at the Cinerama Dome, and in fact, I saw The Wild Bunch at there in 1994 with Wes.

When Wes comes out with another movie, will we get another behind the scenes book?
I would imagine so. It has kind of become a part of my life, and I enjoy it. To me it’s like these books are portraits of films and filmmakers, and every time Wes makes a new movie it gives me something new to paint. I can’t wait to see what the next movie is going to be—Supposedly he wants to do a stop-motion animated based on the screenplay by Vittorio De Sica. He’s going to take the script from a 1950s Italian realist film and do a movie based on it. Which is exactly the kind of thing Wes Anderson would do. With almost every Wes Anderson film, when you first hear it announced you go, ‘How’s that going to work?’ and then you see it and you go, ‘Oh okay.’

What are three things you need if you’re going to make a Wes Anderson parody film?
The three things you would need are an appreciation for the works of Charles Shultz, a killer Spotify playlist, and an impeccable sense of composition.

What’s the weirdest piece of Wes Anderson memorabilia you’ve seen/heard of?
I saw a photo online of a guy with a tattoo of Michael Gambon from The Life Aquatic With Steve Zissou on his back. I don’t know if I would call that weird, but I definitely would say that that’s a level of fandom that I can’t quite understand myself.

Which Wes Anderson character do you feel like you most relate to?
Richie Tenenbaum (The Royal Tenenbaums), just for the general sense of melancholia. And Steve Zissou (The Life Aquatic with Steve Zissou), because I’m a middle aged man who’s stretched too thin. And Max Fischer (Rushmore), because I wrote, directed, and starred in plays when I was in elementary school.

You’re a critic—we may as well tap into your expertise. Which film do you think will win best movie at the Oscars?
Every time I think I know, something happens that makes me revise my opinion. I have the sneaking suspicion that Birdman is going to come in and win Best Picture. I think most of the people voting are actors, and Birdman is a story about a washed up actor who gets a second chance in life. Is there an actor alive who doesn’t automatically love a story like that?