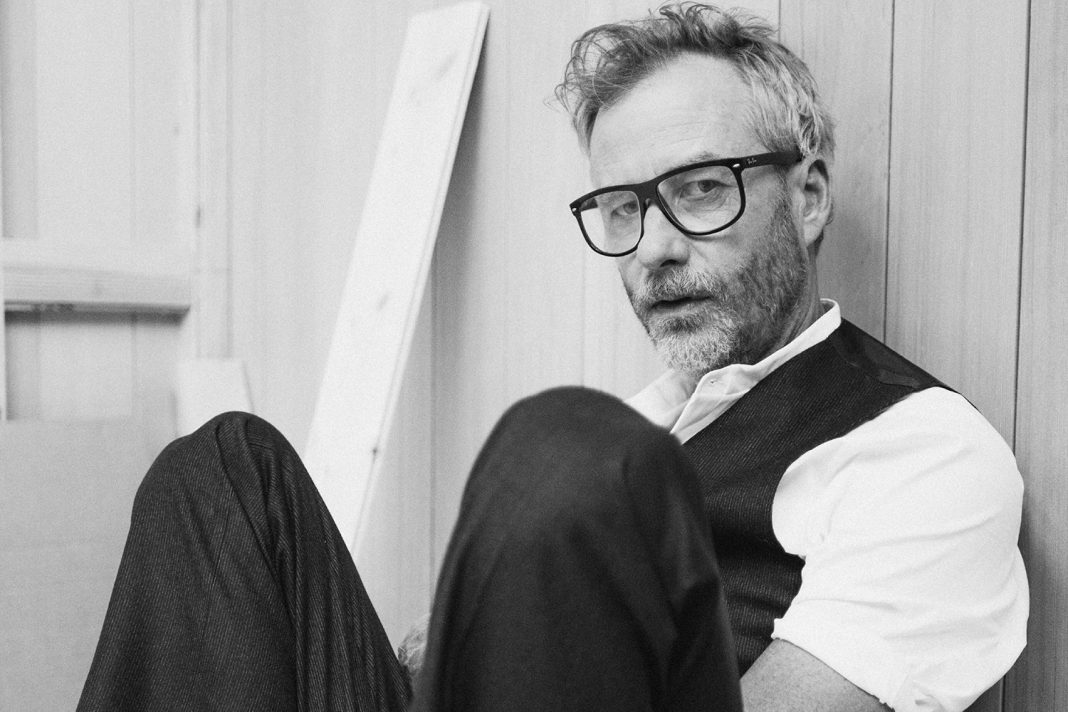 Recorded pre-pandemic, Matt Berninger’s Serpentine Prison isn’t exactly sunny, though it was made here in Los Angeles. Out October 16, the alluring album boasts a Nick Cave-like swagger; soulful, haunting musicianship; and razor-sharp lyrics. “My eyes are T-shirts, they’re so easy to read, I wear ’em for you but they’re all about me,” Berninger declares on the LP’s opener. The atmospheric tone is in part thanks to its producer, R&B legend Booker T. Jones.

“Booker’s a genre-less musician,” Berninger says. “He’s all about feel and emotion. If you listen to his record Melting Pot, you can hear when those four guys look at each other. You can smell the wood of the drum kit. You can smell the cologne on those records. You hear the creaks in the wires. I wanted that, too.”

Born and raised in Cincinnati, Berninger, 49, made his mark as the frontman of the Brooklyn darling the National, but for the past seven-and-a-half years, he’s called Venice home.

“I lived in New York City for 18 years, and the magic was there until 17-and-a-half years in,” he says. “And then suddenly it was just gone overnight. I had to go. I dread that happening to L.A. because right now I’m just smitten with it. I find Venice to be this little Mayberry: a microcosm of all the greatest aspirations of art and life, and also the most devastating defeats. You see some entirely broken people here, and then you see somebody roller-skate past who has just got their shit together.”