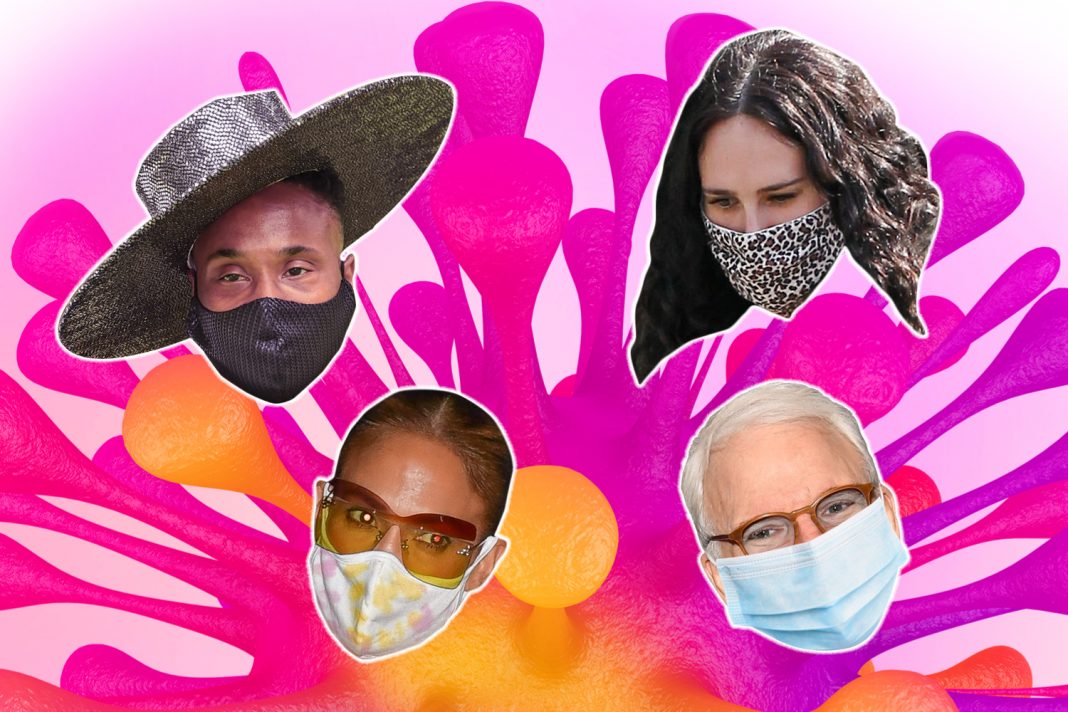 “I can just run to market, run around Sephora, & go to Drs., & no one knows who I am,” Cher raved in a recent Instagram post featuring a photo of herself in an uncharacteristically modest pink face covering.

Last summer, stars including Zoë Kravitz, Pink, Sophie Turner, Steph Curry, Ellen Pompeo, and Ariana Grande flocked to protests while remaining incognito. Trainer Dion Jackson, who’s worked with Jennifer Lopez, Al Pacino, and Jim Carrey, says he’s now able to take his clients to work out in the hills, parks, and beaches without anyone being the wiser. “Nobody knows who they are!” he says. “Probably the only upside of this awful thing is that celebs go anywhere they want with nobody hassling them.”

Masked celebs are proving problematic for paparazzi. Randy Bauer, cofounder of the Bauer-Griffin photo agency, said his shutterbugs had a hard time adjusting when mask mandates first went into effect. “We wrongly identified a lot of people. It was such a big hassle to figure out who anyone was,” he says. “Now we have to identify celebrities more by their gait, mannerisms, voice.”

And some celebs go a step further. Last month, Steve Martin helpfully tweeted out a masked photo of himself with a sign over his head reading “Steve Martin.” After all, as Bauer can attest, the only thing Hollywood celebrities hate more than being recognized is being ignored.