Home Uncategorized Mary Melton: A Night at The Oscars 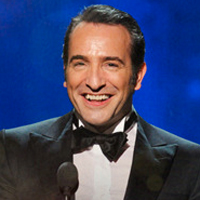 I write this from the perspective of a fan, of someone who adores few things more than sitting in a dark theater holding the hand of the guy I’ve loved for almost 20 years as opening credits roll. Yes, I see more movies from my couch than from cushioned seats with headrests, but that’s because, like many people I know at this stage in my life, I have babysitter obligations and a night out sets us back $100, not because I don’t like the experience. I love the experience, and I still fit in a movie in a real theater as often as I can. Last night’s Oscars were a ballyhooed attempt to reignite for fans a passion for moviegoing. Honestly I think it’s a miracle how little box office has declined given how costly a night out can be, how quickly movies make it to DVD, and how easy it is to set-up your own mini-movie theater at home (with screens that aren’t all that much smaller than those found at a multiplex). There was a feeling that the Academy was preaching to the converted, and it’s true that the grand movie palaces they evoked at the Theater Formerly Known as Kodak hardly reflect the typical moviegoer’s experience. But in L.A. it can. Nowhere in the world are there more functioning movie palaces—dwindling venues to be sure but it was another reminder to patronize them as often as possible. (Let’s hope that the Academy can not only finally open that movie museum but use some of that energy to find funding to restore Broadway’s theaters as well—moguls, keep out those checkbooks, please.)

Anyone who complains about the length of the Oscar telecast needs to remember that the show started topping out at three hours in the ’70s. (Last night’s was shorter than usual.) This is an evening for one of our homegrown industries to congratulate itself and invite everyone else to watch in, so let them. Some have suggested dumping sound editing, say, or art direction from the proceedings, and I disagree (and not just because my family is in production). Meryl Streep hit on it best in her speech: A community of people makes a movie, not just a star and a director. Production hours are long and arduous, they really are, and post-production people—the ones who sync the sound and splice the whole thing together to make sense out of stuff that isn’t shot in order—work in isolated, dark rooms for months on end. It’s as far from glamorous as you can imagine, and one of the aspects I always love about the Oscar speeches from editors is how happy they seem to just be around other people for a few hours. That and the fact that the production winners often touch upon the dream-come-true aspect of winning an Oscar, of how many recipients have said they watched these proceedings at home as kids and imagined a time when they’d win one, too.

I thought about the dream when I was enroute to the show last night and our car was paused on Highland Avenue to go through a security check. We were pulled up directly in front of the office that was my dad’s during his 30 years as the drama teacher at Hollywood High. (I wrote a memoir for the magazine about growing up at the school a few years ago.) I looked over at his office window and remembered a guy who came from Texas in 1957 to become a movie star and ended up instead a beloved mentor to a bunch of other prospective movie stars. How he would have loved, like thousands of other dreamers like him past and present, to have walked the red carpet a few blocks away to the deafening screams of the fans in the stands. I imagine he would have been as gracious as George Clooney, who broke through the lines delineating the true red-carpet walkers from the rest of us to sign autographs and look dapper for hundreds of SmartPhone pictures. Watching him work the line was my second favorite moment of the night. The first was later, at the top of the grand stairs, where I had perched to watch the arrivals after they survived the gauntlet. Jean Dujardin paused once he ascended and amid the cacophony silently (no pun intended) took in the scene, momentarily not hounded by anyone. He was about six feet away from me. I looked over my shoulder at him, and he happened to look at me. I winked—you would have, too—and he let out a dazzling smile right at me that said it all: I have made it, his smile said, and no matter what else happens I’ll never have another night like tonight. The dream endures.