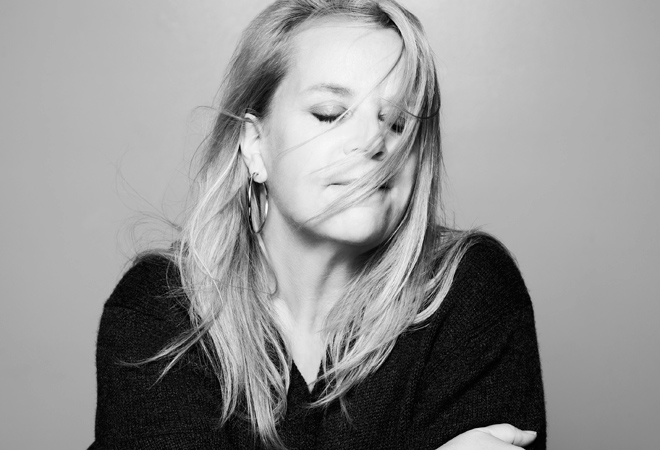 Pop, folk, and country music is typically what comes to mind when Mary Chapin Carpenter’s name comes up, but this Saturday she returns to Los Angeles for a unique performance at Disney Hall. Carpenter has long dreamt of recording her songs with an orchestra. The idea came to her when she sang at of one of Don Henley’s Walden Woods benefit concerts about 15 years ago; Grammy-award winning composer Vince Mendoza had arranged the songs that night. “I think his work is so distinctive,” Carpenter says. “I stood in the wings and everyone’s songs were so gorgeous and pastoral that I just melted. I remember thinking that if I ever had a chance to take my songs and arrange them for an orchestra, Vince would be the person that I would want to involve.”

Fast forward to 2009 when a new manager asked if she had a bucket list project she’d like to do. “That idea had rattled around in my head for all these years. It was a complete leap of faith when we contacted Mendoza. It’s been thrilling and deeply emotional that after all these years, it really is a dream that came true,” she says.

And so last month her album, Songs From the Movie, was released on Zoe/Rounder Records. Featured on the album are new interpretations of ten beloved songs including “Between Here and Gone,” “Only a Dream,” and “Come on Come on.” The sentiment of the songs and her warm and velvety voice lend themselves to the sweeping orchestral arrangements. There’s no movie associated with the project but if there were, it would be about resilience: “I think it would be a very emotional movie. All of these songs come from many different records over a long period of time. Part of the gift that Vince gave to this project is he made them sound like they all belonged together. Life is hard. Life can often be sad, but I think we believe in ourselves in the end. And those emotions are very present in this record.”

Recording the album at Air Studios in London was thrilling for Carpenter. Playing with an orchestra is another experience, one that keeps her on her toes. She says halfway through the first performance at the Glasgow Royal Concert Hall she realized she was exhausted. “Oh, my gosh. This is like running a marathon! You are trying to sing so precisely but also be completely free to be as emotional as possible. You are listening to everything behind you and trying to follow your conductor, trying to concentrate completely so you know exactly where you are at all times and yet at the same time it’s just so beautiful and you are closing your eyes and being transported somewhere. It was no joke; it was so challenging.”

Carpenter feels tremendous appreciation for the learning curve. Not many artists get the chance to reinvent themselves. “The only analogy I can come up with when people ask what it’s like to sing with an orchestra is that I saw it as a wave.  You are trying to stay on top and not get swept over. If you imagine you are on that wave and you are riding it, it’s so much fun. You have to stay focused while you are having the time of your life.”

Carpenter is currently on tour and the venues themselves are part of the thrill. “I’ve only seen pictures of the Walt Disney Concert Hall,” she says. “I can’t believe I’m going to be there, play there with the philharmonic. I am over the moon.”

For her next project, the sky’s the limit—although she would love to do Songs from the Movie Two. “When we were working on the first song I said, ‘Vince, let’s start on volume two now! I just want to do this again!’ I have a lot of songs.”