Home Books Why You Should Eat Dinner Alone in L.A. at Least Once 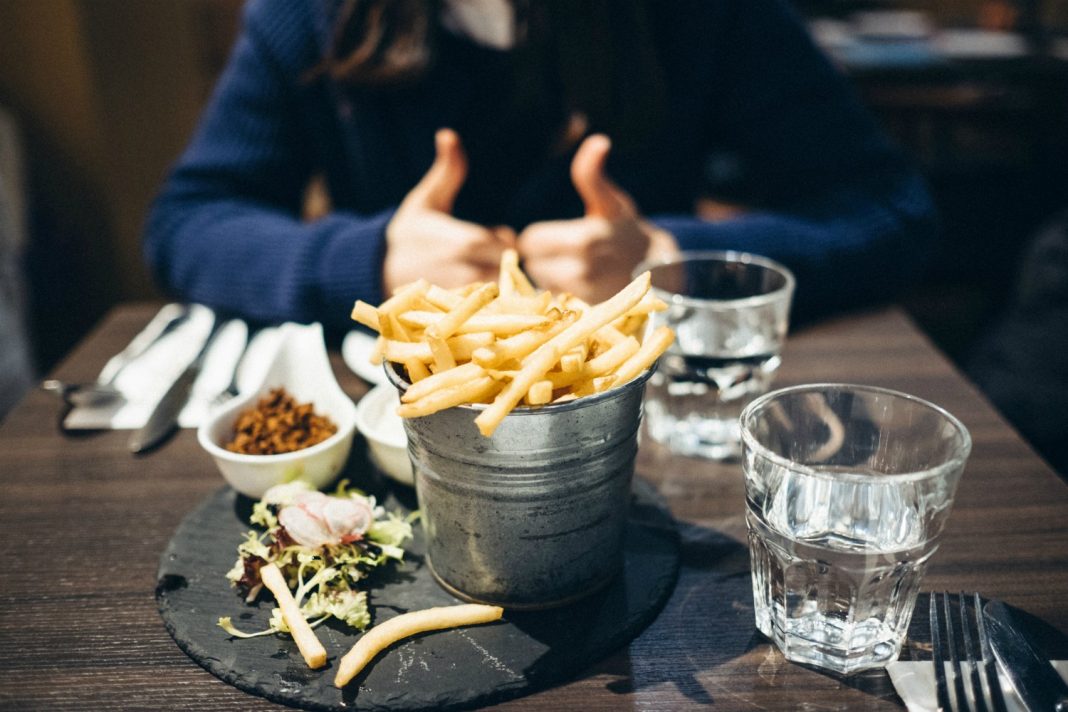 The following is an excerpt from Marina Shifrin’s new book of essays 30 Before 30: How I Made a Mess of My 20s, and So Can You. It’s out today on Wednesday Books.

There is something uniquely challenging and liberating about eating a meal by yourself. Not the kind of meal you eat over the sink while watching YouTube videos on your phone, but a proper meal, cooked by a stranger, brought to your table by a stranger and taken away by a stranger.

There is an unhealthy stigma attached to being by yourself. In my unprofessional opinion, I’d wager it stems from kindergarten-era punishments, timeouts, and groundings—they all require that the culprit sit alone with her thoughts. Just the mention of eating lunch by yourself elicits universal pity. But why is it so bad? I mean, if you don’t spend time with yourself, how will you grow to appreciate who you are?

So much of my early twenties was filled with people, parties, conversation, kisses, screens—every inch of my schedule was packed with something. I couldn’t go to bed without a podcast droning or even take a shower without music blaring. I spent many years avoiding my own thoughts.

The constant need for mental stimulation began to cause me anxiety. After all, how are you supposed to have any thoughts in your head if you are always filling it with someone else’s words? I wanted to get to a point where I was comfortable enough with my own thoughts to be left alone with them.

Living in Taiwan helped; not having a handle on Mandarin or reliable cell phone service forced me to explore a lot of the country by myself, including the culinary world. I eased into the concept of eating alone on park benches and at flimsy tables wedged in alleyways. But in order to truly conquer this goal, I wanted to eat a meal by myself in America, where a meal alone would be chosen and not forced.

On a Thursday evening in June of 2017, I took myself to the Figaro Bistrot in Los Feliz. The restaurant is French themed, so the servers are mean like my family. It sits a few doors down from the Los Feliz 3 Cinemas—a revolving door of weird haircuts, exposed navels, and delicate tattoos. There’s a lazy feel to the Figaro; they don’t need to try too hard because they have the best real estate in Los Feliz. You have the movie crowd, happy hour crowd, theater crowd, and spiritual, crystal crowd all buzzing around the same intersection.

I sat outside, at a table by the door between two groups engrossed in their phones, though for different reasons. The table to my right sat two women who looked to be in their thirties, having a fight with a third woman, Kate, by text.

“This is the problem. I’m going to say, ‘I’m sorry, Kate, but this is what you do, you push people away . . .’ God, I’m gonna flip a bitch over this.” Black Shirt began typing into her phone, while White Shirt typed in hers. I shifted my focus to the table on my left.

“Can’t you just text Carmen?” a redhead with a British accent asked.

“I heard it was ex-boyfriend,” added a very hot woman, who I would come to overhear is an actress, but “not from anything you would’ve seen.”

“I’ll just invite her to do ’shrooms with us and then we can go to Wi Spa,” British Accent said.

The server, Jennifer, came to my table with my martini and left before I could order any food. It turns out that my favorite part about eating by myself is that I am invisible. Sitting at Figaro reminded me of my high school years, the aimless days spent under the radar. I missed the time before cell phones, when life was rife with opportunities to quietly observe the world and connect to the minutiae of the day.

The girls to my right switched phones and copy-edited each other’s texts to Kate while the table on my left was group-drafting a ’shroom request text to Carmen. I was the only one not on my phone.

“Anything to eat?” Jennifer asked. She had 11 pens in her pocket, long auburn hair pinned back with a brown hair clip, coral lips, and drawn-on eyebrows. Would I have noticed the way her nose slightly crinkled when she smiled if I was with a friend, passing phones back and forth? I wonder if I would’ve noticed anyone: Black Shirt and how she fiddled with her gold engagement ring while trying to compose the perfect text. White Shirt and the way her camo slippers perfectly matched her camo pants. Curly-Haired Man’s incessant yammering about his new terrier mix, Birdie.

“I started giving her probiotic yogurt because it’s good for her little tummy,” he told the table as Birdie chewed on a gum wrapper under his feet. The way Hot Woman’s pink lace bra peeked out from her beige cut-off tank top. I ordered a beet salad with goat cheese and was rewarded for my choice with a smile from Jennifer.

“I don’t want to do ’shrooms,” Hot Woman said. “I want ice cream and then I’ll go for a run. Get my night high that way.” She put a cigarette in her mouth and began to dig in her purse for a lighter. A busboy appeared out of nowhere to tell her she couldn’t smoke there. She looked at him dumbfounded, as if he had asked her to eat her cigarette.

The women on my right settled on two separate “we should meet” messages to Kate. It took them an hour and fifteen minutes to compose those texts. I wondered what it felt like to have the kind of privilege to spend an afternoon composing a text to a prickly friend. I mean, ditch the friend and write a movie, ladies. Black Shirt and White Shirt decided to treat themselves to burgers from a restaurant down the street. Jennifer with the auburn hair and 11 pens brought me my salad, then turned to The Shirts.

“Anything else for you ladies?” she asked.

“It comes with pickles. Do you want mushrooms?”

Meanwhile, the table on my right decided that Monday would be the day they would do mushrooms, because “there’s nothing else to do on Mondays.” Which is true in Los Angeles. For a second there, it felt like we were all at the same table, sharing a meal and casual conversation about mushrooms—in a way, we all were, at least for a moment. But eventually the women on my right went to pick up their burgers. They were replaced by an older couple who wore their glasses on the tips of their noses and loudly read the day’s emails to each other. The table on my left disbanded shortly after deciding on Mushroom Monday, hovering at the corner for more cigarettes and conversation. I took comfort in my second stiff martini. At the end of my meal, I waited another twenty minutes for Jennifer to bring the check. The evening dinner crowd gathered at the entrance as the sun was setting. A busboy brought me my bill. I paid, said thank you to no one in particular, and gathered my things. Once safely across the street, I watched as Jennifer bussed the table for two young girls with flawless skin and short skirts.

Eating alone sharpened my wolf fangs and taught me the power of peacefulness. It heightened my sense of focus and connection to the people around me. The fear of loneliness is a strong one that grows each year, fueled by our constant need to be digitally connected, but just like it’s important to fan the flames of friendship, I’ve learned that it’s important to do things alone. It gives you a chance to fill your head with your own thoughts and strengthens a sense of security within yourself. I guess that’s why 95 percent of people in Los Angeles meditate. Which I would totally try if you were allowed to eat while doing it.

Excerpted from 30 BEFORE 30: How I Made a Mess of My 20s, and You Can Too by Marina Shifrin. Copyright  © 2018 by the author and reprinted with permission of Wednesday Books, an imprint of St. Martin’s Press, LLC.

RELATED: The Book That Made Me Want to Stay in L.A.