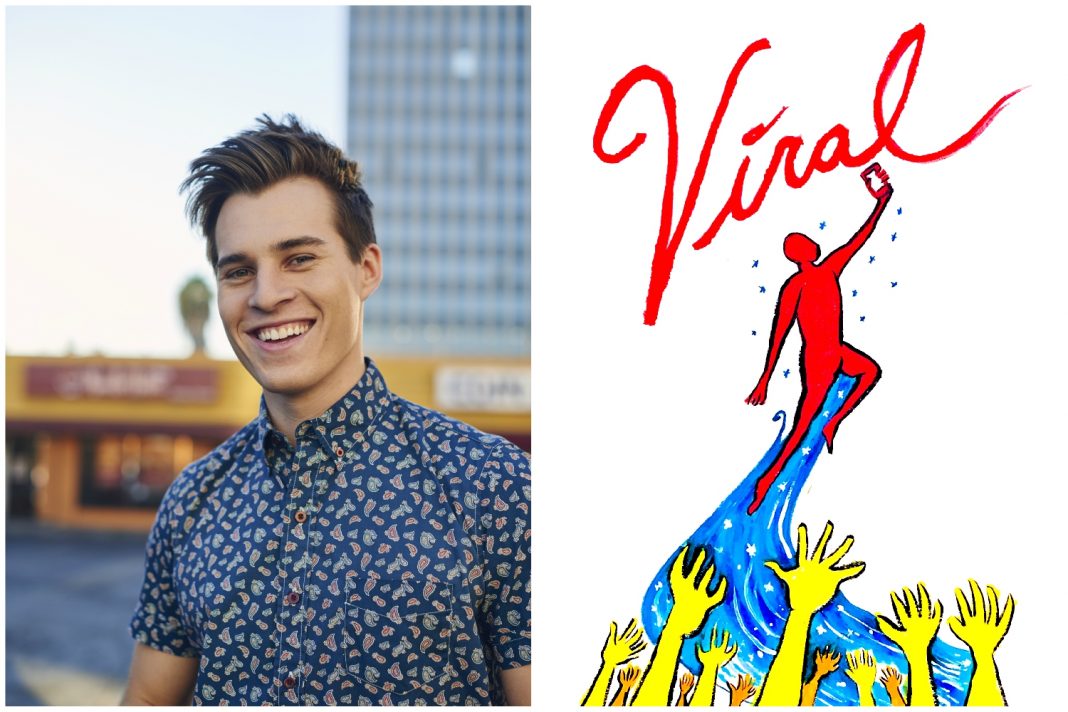 Marcus Johns was not upset when Vine died.

“I wanted it to go away,” says Johns, who found fame posting six-second videos on the now-defunct app. “I was tired of it. The whole last year and a half, I was over it. I was over the numbers, the chasing of it, the incessant grind that was just to follow a trend or what’s popping right now.”

Johns, now an actor and social media star on other platforms, is detailing his career in the entertainment business—and on Vine specifically—in Viral: The Musical.

Outside of Screenland Studios after rehearsals for the show, Johns says he thought of the idea for the musical when he was on a plane to Ohio. Without internet access, he began scrolling through his photos on his phone and came across a video of himself singing in the car.

The idea for a musical clicked and he wrote four melodies during the last hour of the flight. When he got back home, he wrote a dozen songs in two weeks.

“It just really excited me to work on something that was live and not in the social media world because I was just kind of fed up with the whole digital fakeness,” Johns says. “If I’m going to do something now, I want to give people a real experience if I’m going to spend my time on anything.”

The musical takes place in Ohio (that’s where Johns was headed the day he conceived the idea for the musical) and stars Johns as Kyle, a character based on Johns’s firsthand experiences and the experiences of friends.

There’s not much Johns can tease about the storylines in the musical, but he says navigating interpersonal relationships in a city like Los Angeles is a big theme.

“I would say that the thing I really learned out in L.A. is that you have to find out who your real friends are,” he says. “That’s in life. Find out the friends that are actually there for you and then the friends who are there when you’re popping. I think that was the thing that I really had to learn.”

When Johns joined Vine soon after its launch, he gained 1,000 followers in a week. He eventually accumulated 6 million followers and was an instant star. When he decided to focus all of his attention on the app, he says his family and friends were dubious. And when he started to gain more popularity on the video app, he says he suddenly had to evaluate himself and those around him.

“I’ve had the whole experience of my friends think I’ve changed, well I haven’t because I’m just out here and we don’t talk as much because I live 3,000 miles away, but oh wait maybe I have changed. Having to look at yourself and be like, ‘Yeah, I have changed in some ways,’ and sometimes you can’t help it and sometimes it’s the environment that changes you and when you’re steeped in something so deep, you can’t help but kind of conform. And then there’s a certain point where you have to step away and go, ‘No, I don’t want to do this. I don’t want to be a part of this.’”

Johns may be focusing on IRL entertainment at the moment, but don’t worry: his 379,000 YouTube fans have been kept in the loop.

RELATED: A YouTuber Was Shot in the Leg Outside an L.A. Synagogue

Curtain Call: Casey Kringlen’s Wilde Production of The Importance Of Being Earnest

275 Performances, 30 Venues: The Madness of the Hollywood Fringe Festival