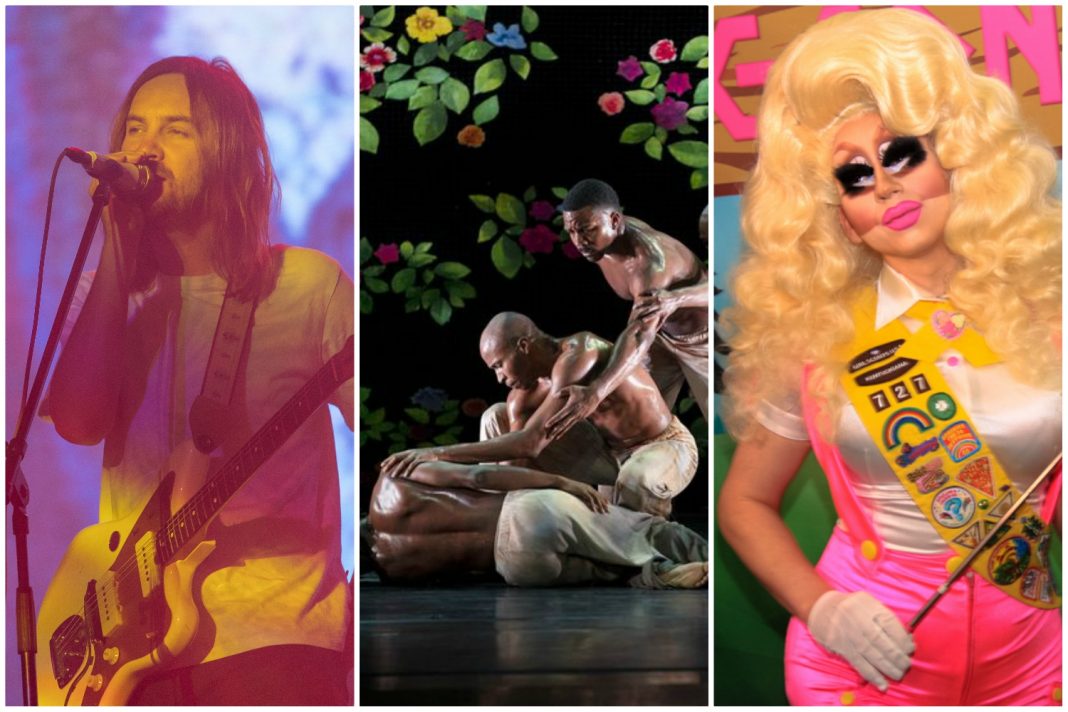 From a Pixar tearjerker to a Ghanian musician’s rare concert in Highland Park, here’s some of the best stuff to check out this month.

Bring tissues for what’s being called Pixar’s “saddest tearjerker of a film yet.” Chris Pratt and Tom Holland voice two teen elf brothers who embark on a road trip in a quest to spend one last day with their dead father. Octavia Spencer, Ali Wong, and Julia Louis-Dreyfus also lend their vocal talents.

The iconic Australian psych-rock project from multi-instrumentalist Kevin Parker heads to the Forum for two nights with singer-songwriter sensation Clairo. Tickets include a copy of the band’s fourth studio album, The Slow Rush, released in February. 3900 W. Manchester Blvd., Inglewood, $70+.

Maybe you missed it when it came to L.A. the first time. Maybe you can’t get enough of American history presented as raps. Either way, global sensation Hamilton is returning to the Pantages for several months of performances at the Pantages. 6233 Hollywood Blvd., Hollywood; $55 and up.

The skinny legend and RuPaul’s Drag Race superstar takes over the Novo for a night of music, wackiness, and wigs. The show will reflect on her experiences growing up and love for vintage toy commercials, classic TV, and 1960s music and clothing. And, yes, it’s sure to include plenty of costume changes. 800 W. Olympic Blvd., downtown; $39-$210.

Trumpeter and bandleader Terence Blanchard has scored every Spike Lee joint since 1991 with his signature soulful sound, from Jungle Fever to BlacKkKlansman. This celebration at Walt Disney Concert Hall of the two artists’ rich collaboration will feature music from Blanchard’s quintet and guest vocalists performing in front of projections from Lee’s movies. 111 S. Grand Ave., downtown; $47-$127.

The Plot Against America

The Wire’s David Simon and Ed Burns adapt a Philip Roth novel with a plot that feels all too familiar. The HBO series traces the rise of the aviator and xenophobe Charles Lindbergh as he wins the presidency and pilots the U.S. toward fascism. Winona Ryder and John Turturro costar.

Based on Celeste Ng’s best-selling 2017 novel, this Reese Witherspoon- and Kerry Washington-led Hulu miniseries tracks a picture-perfect small-town family whose lives are upended by their enigmatic new tenants. Expect mystery, arson, and explorations of motherhood and race.

Set to a score of black spirituals, gospel, and blues, Revelations is the best-known work of the pioneering African American choreographer Alvin Ailey. See it, along with several other works from the company’s repertory, at the Dorothy Chandler Pavilion. 135 N. Grand Ave., downtown; $34-$125.

The Ghanaian musician brings his distinctive, danceable fusion of rap, highlife, and electronic music to the Lodge Room for a rare performance. 104 N. Avenue 56,
Highland Park, $18-$20.

5 Things to Watch, Do, and Listen To in July