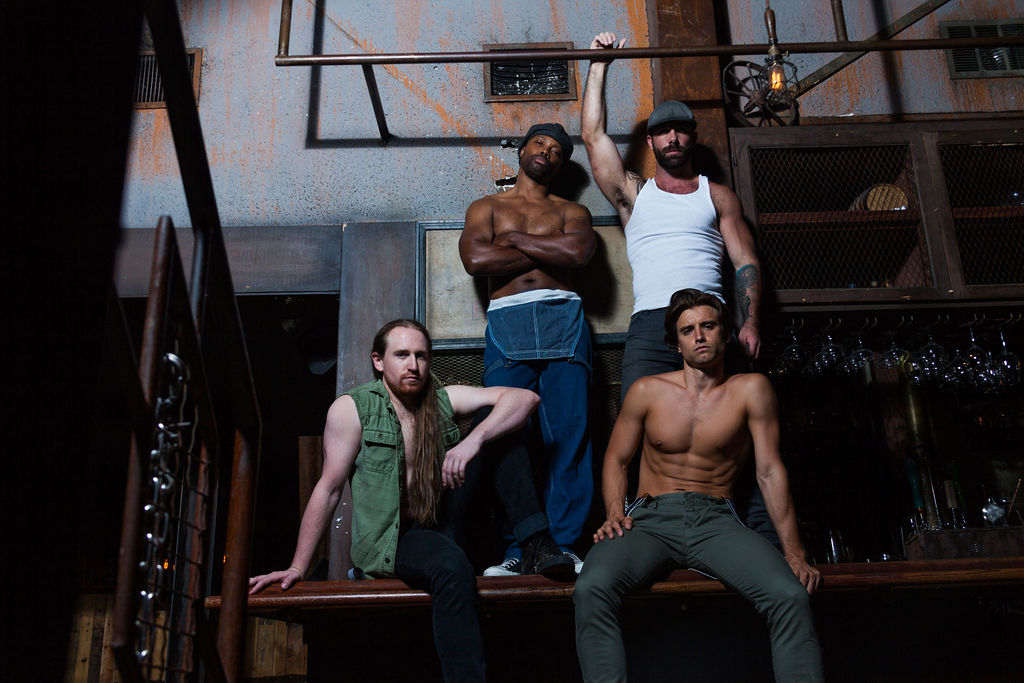 “It seems odd to say my intention is to contribute to women’s equality by hiring men, but that is my intention,” dancer and choreographer Jillian Schmitz says. “I have wanted to do a male revue for many, many years.”

That opportunity has finally arrived for her with Men’s Edition, a new monthly production she created for Harvard & Stone. It’s similar to the all-female revues you’ve probably seen, but designed to put a specific type of masculine presentation on full display.

“I very much respect all of the gender-bending, cross-dressing, Victor/Victoria acts, and their contributions to the burlesque world and culture. I welcome more of those types of shows,” Schmitz says. That just wasn’t quite what she had in mind for this production. “My intention for this show was to highlight a reversal that I don’t feel is being adequately represented, and more specifically, cater to women as a demographic.”

Her show hopes to cater to that audience with a parade of sinuous male bodies dressed in business suits, as cowboys, soldiers, and retro hippie papas, among other archetypes, swiveling around to a soundtrack of ’60s and ’70s classic rock.

Creating a show designed to titillate the heterosexual female gaze wasn’t always an easy sell. “The feeling was, the idea of women dancing around half-naked is hot, but if a man does it that they would say, ‘Who wants to see that?’ The answer is we do. I do,” she says.

As a proof of concept, she started slipping a single male dancer into her mostly female burlesque revues to gauge the audience reaction.

“He was instructed to be as much ‘man’ as we were ‘woman’,” she says. “The response was excellent. Women audience members were hungry for it–and the men in the audience, after a little trepidation, started to see the entertainment value in it.”

Schmitz understands that this entertainment exists within a political context, and actively engages with the questions of agency, objectification, and gender norms her work inevitably raises.

“With the resurgence of burlesque in popular culture, it has been viewed by everyone, men, women, fluid, etc–yet still mainly performed by women,” she says. “The birth of Men’s Edition was to take equality to the next level. I wanted to flip the regular script. Let the men be watched, and the women do the watching.”

RELATED: These Female Animators are Redrawing an Industry’s Gender Lines