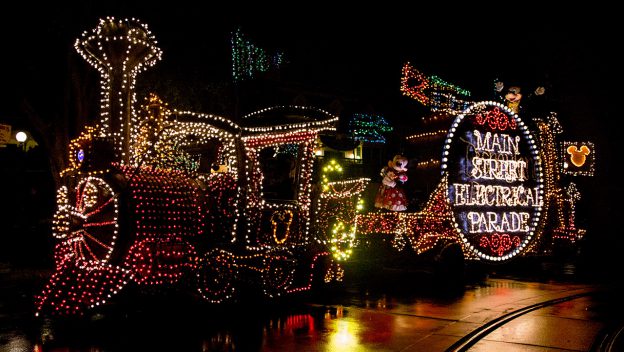 Rumors started swirling when some keen-eyed Disney-watchers noticed flatbed trucks rolling into Disneyland last week carrying what appeared to be the iconic floats of the Main Street Electrical Parade–and now it’s been confirmed. The beloved vintage parade will return to the park for a limited-edition summer run.

The original show moved to Florida in 1996, but came back to Anaheim at Disney California Adventure from 2001 to 2010, and once again in 2017, after which it was replaced by the “Paint the Night” parade. The original design was inspired by a water show at Walt Disney World in Florida called the Electrical Water Pageant, which continues to run there.

The big snail, the fire breathing dragon, and the old steam train are all coming back for this year’s edition–but the parade will “glow away” again on September 30.