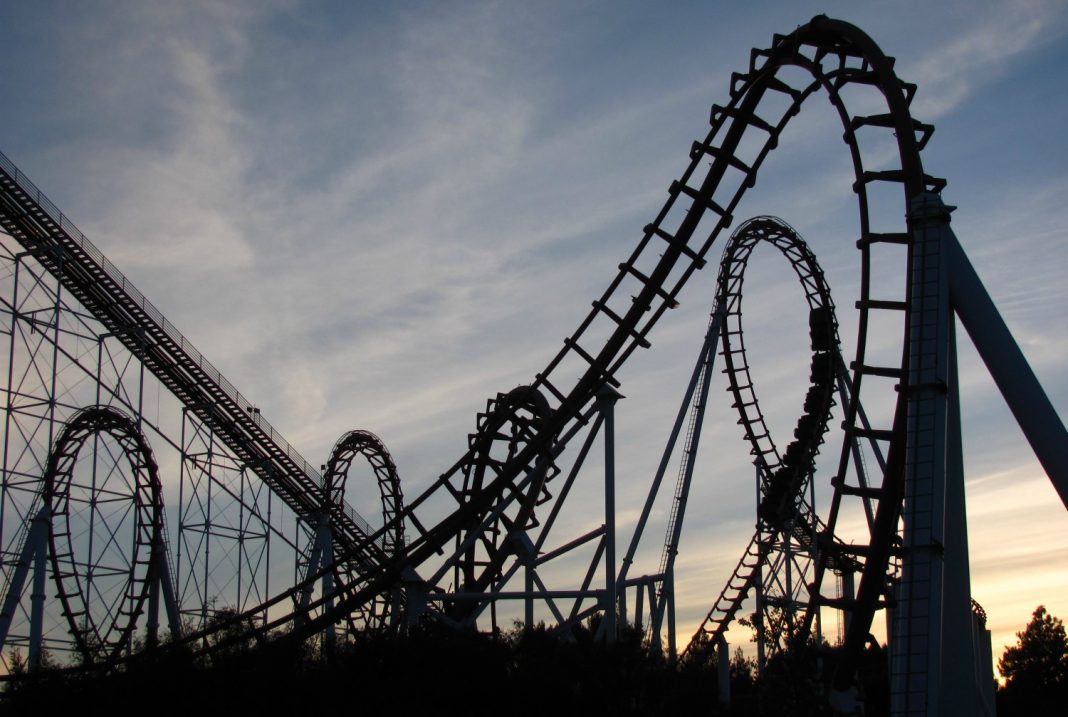 With California’s amusement parks shuttered due to the pandemic, a pair of 19-year-olds took it upon themselves to enjoy L.A.’s Six Flags Magic Mountain early, breaking into the park and climbing its 300-foot-tall Sky Tower attraction.

As the L.A. Daily News reports, two local men—Riley Birchfield of Saugus and Dylan Godoy of Valencia—are accused of busting into Magic Mountain on or around August 12. Once they reached their perch, they allegedly celebrated by filming themselves spraying the inside of the observation deck with fire extinguishers, dangling from its edge, pouring gallons of paint on the Sky Tower’s midways, and tossing objects to the ground 30 stories below. Erected in 1970 and launched when the park originally opened ini ’71, Sky Tower has been closed to the public for several years.

The stunt was an exercise in rooftopping, the less awesome offshoot of BASE jumping, in which adrenaline junkies climb towers, antennas, and other tall things, minus the parachutes, in order to create social media posts. In this case, TikTok pulled the video because it violated the platform’s community standards.

Santa Clarita Valley sheriff’s deputies arrested the duo on suspicion of felony vandalism costing more than $3,000 on August 28. Unfortunately for the alleged vandals, the folks at Magic Mountain didn’t think their stunt was very funny.

“Six Flags Magic Mountain has zero tolerance for this type of behavior and we will prosecute to the fullest extent of the law,” a park spokeswoman told the Daily News. “The safety of our employees and parks is our utmost priority, even during this closure.”

RELATED: Scene It Before: The Walley World Entrance From “National Lampoon’s Vacation”