Home Celebrity Revealing the Secrets Inside the Magic Castle 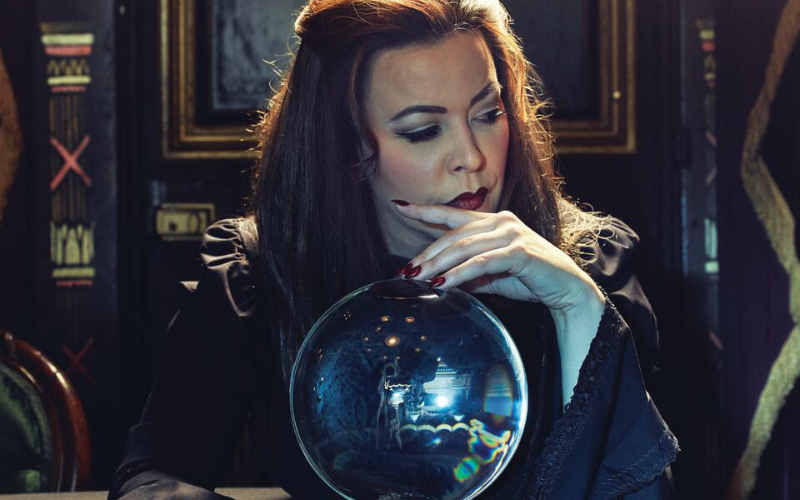 When you think, “castle dedicated to the magical arts,” you probably think Hogwarts. But long before there was a school of witchcraft and wizardry, there was the Magic Castle. Since opening on January 2, 1963, the place has held fast to its goal of being a private club for magicians (if you want in, you better know a member who turns tricks—the card kind—on the regular).

Back then, only 150 people could say they owned a membership pin. Today, more than 5,000 magicians from more than 40 countries have earned an exclusive spot and consider the castle their headquarters.

The Magic Castle as we know it is everything Bill Larsen could’ve imagined (and then some). After quitting his day job, the attorney and amateur magician pulled a Von Trapp and transformed his family into a touring troupe of prestidigitators with plans to eventually open a club. Bill Sr. died before he could see the vision through, so his sons, Milt and Bill Jr., picked up the wand.

A derelict Gothic mansion Milt had seen in Hollywood seemed like the perfect place. “I loved the idea of turning a haunted house into a magic castle,” says Milt, who’s 86. In 1961, he began restoring the chateau, which sits just below the restaurant Yamashiro, on Franklin Avenue. With the verve of Walt Disney, Milt created a dreamland bursting with mischief and architectural detail: Antique banisters, Tiffany stained glass windows, and Lalique chandeliers were either bought at auction or taken from soon-to-be-razed manses in L.A. The old gym floor from Hollywood High is now a countertop at one of the castle’s bars, and the original backdrop from The Tonight Show Starring Johnny Carson can be found behind another.

“From the time you enter to the time you leave, you’re in a wonderland,” Milt says. “When you walk into our reception room and say ‘open sesame’ to a carved owl in a bookcase, and it slides open, your mind goes to fantasy. And fantasy is what it’s all about.” Bill Jr. oversaw day-to-day operations and the business side of the club until his death in 1993, the Roy Disney to Milt’s Walt. To this day, the Magic Castle’s raison d’être is to serve as a society for magicians and the home base of the nonprofit Academy of Magical Arts—budding illusionists can take classes or study Houdini’s original notes in a private library. But there’s no point in being a performer without an audience (count Cary Grant, Orson Welles, Ryan Gosling and Katy Perry among visitors and members past and present). About a dozen pros put on shows in four main theaters each week, and amateur magicians delight small crowds at felt-topped tables throughout the space. As for Milt, he’s busy thinking ahead. “We have wonderful plans for expansion,” he says. For his next trick, he plans to keep the castle going forever.