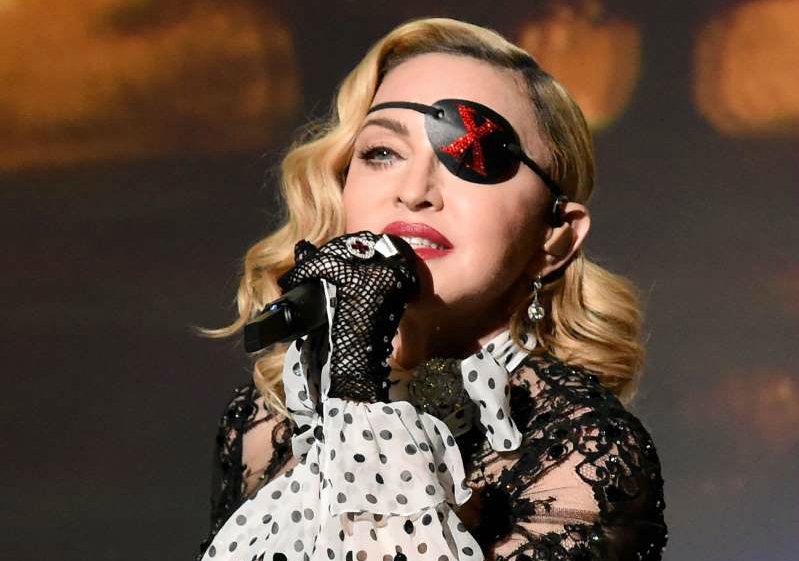 The much-hyped feature film depicting the life of  Madonna, which the pop icon planned on directing herself and was to star Emmy winner Julia Garner, is “no longer in development” at Universal, according to Variety.

The project was announced in 2020, but development dragged on through the end of 2022. Diablo Cody (Juno, Young Adult) wrote the initial script, with Erin Cressida Wilson (Secretary) taking a second stab at it.

Development was a “struggle” for the would-be biopic, according to The Hollywood Reporter. There wasn’t one draft of the script under 180 pages—the typical movie script is around 110—leading to conversations about changing the format of the movie, like making two films instead of one, or turning it into a miniseries. In a sense, Madonna’s long and storied career, starting in the early 80s, got in her way.

“You have 40 years of success, and it’s very hard to put that into one movie,” said a source.

In June, Garner was named for the starring role from a pool of about a dozen serious contenders like Florence Pugh, Euphoria star Alexa Demie, and Odessa Young, reported Variety. The audition process was challenging, requiring the prospective actresses to participate in a “boot camp” for both singing and dancing.

But when Madonna announced a 35-city global tour with a kickoff date of July 15 last week—one that sold out New York, Paris, and London almost instantly, despite criticism around exorbitantly high ticket prices—chatter began about what would become of the movie. As Madonna began preparing for her massive retrospective “Celebration” tour, it was unclear if the two pop culture events would be connected. Multiple sources told The Hollywood Reporter that the film was on its way to being binned at the end of 2022, long before the tour announcement.

Representatives for Madonna, Garner, and Universal Pictures declined to comment on the report in Variety of the film’s demise. The Madonna camp says that her creative soul is centered around her tour at the moment, the trade reports, but word is she still wants to make a movie about her life someday.

After all, as she said when announcing the film in 2020, “I want to convey the incredible journey that life has taken me on as an artist, a musician, a dancer—a human being, trying to make her way in this world.”

Madonna already has two directing credits to her name: 2008’s Filth and Wisdom, a British comedy-drama, and 2011’s W.E., which follows the story of King Edward VIII’s scandalous choice to abdicate the British throne to marry American divorcee Wallis Simpson.

‘Inventing Anna’ Review: A Rorschach Test for How You Feel About the American Dream