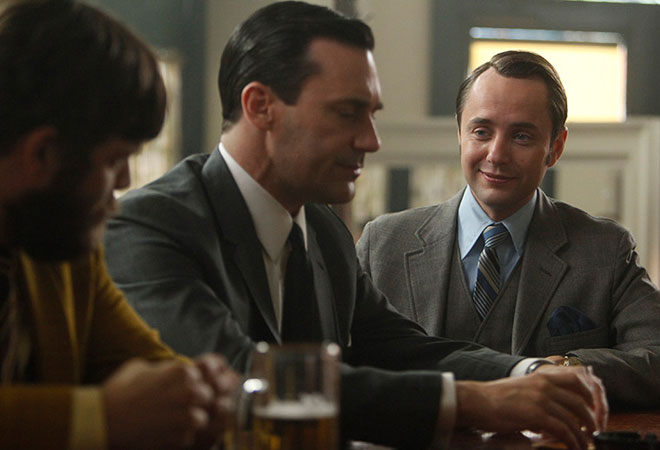 Here are a few predictions for the sixth season of Mad Men that we didn’t get around to discussing until now.

Sally and Glen Hook Up
It’s been a long time coming, and Sally’s throaty new voice heralds the onset of puberty: Sally is going to lose her virginity to Glen this season. Given Betty’s half-hearted, newfound maturity in the season opener, we can only hope Betty doesn’t throw a screaming fit and insist her daughter stole her boyfriend.

SCDP Becomes SCDC—or SCDCH
At what point do they chuck Lane’s memory (oddly absent, despite Dawn’s throwaway comment to her friend), and put Pete and Joan on the stationery? Sterling, Cooper, Draper, Campbell, Holloway: It rolls off the tongue, doesn’t it?

Sylvia Gets Knocked Up
Forget the lawnmower episode or Roger’s acid trip. The least credible angle of Mad Men is that Don, with all his paramours, has yet to father an illegitimate child, or twenty. As Matt Zoller Seitz at Vulture noted, abortion only figures into the episodes when someone (Betty, Joan) is considering having one. And they’re not very dramatic, seeing how they solve problems rather than create them. After Sylvia’s insistence last episode that she would never consider one, and Megan softening toward starting a family, we’re heading for a collision course. Only one question: will Dr. Rosen deliver?