Home TV Mad-Cap: You Don’t Know Lots of Things About Lots of People 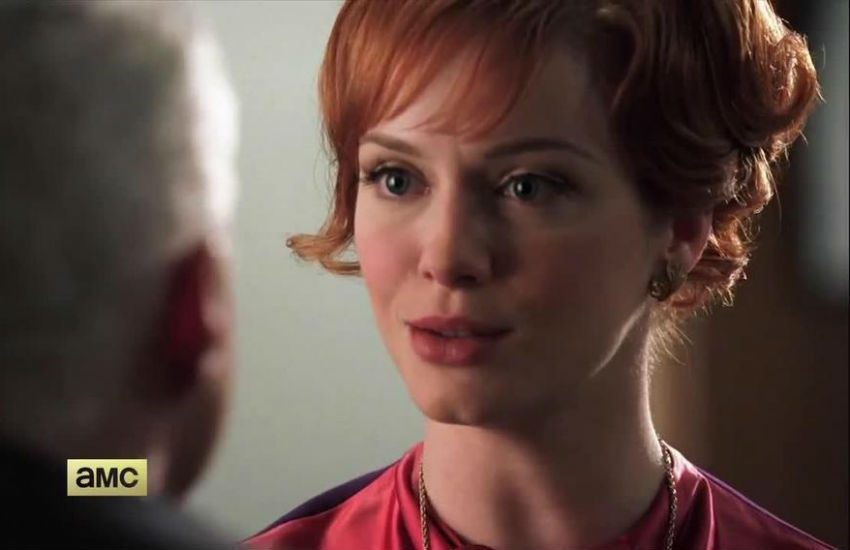 Will SCDP remain independent, or will it be folded into the bowels of the mammoth McCann Erickson?

Last night’s episode, “Time & Life” starts off in the Oak Room (presumably) with Pete (looking a bit too prosperous) and Pirate Ken sipping Chateau Margaux ’53, bantering about bathroom cleanser. This client chit-chat is a helpful segue way to remind us that we are still in the realm of ad men, after a few weeks of episodes dealing with matters of real estate, Vietnam, and Sally’s teen tour. The real crux of “Time & Life” is about SCDP’s future. First, Joan and Roger learn that they have lost their lease through a clerical error, but the more pressing problem becomes instantly clear.

While everyone wrings their hands, Don springs into action, boldly determined to lead the agency west. All hands on deck, everyone tries to get enough clients to go with Sterling Cooper to the L.A. office and so we hear a lot about old favorites Burger Chef, Sunkist and even Sea Corp Laxative. Ken finally gets his revenge for having been blinded, when he refuses to take Dow Chemical west, telling Roger and Pete, “I’ve toyed with you long enough.” All’s well that ends well, however, because by the end of the episode McCann’s exec announces SCDP will in fact be swallowed in order to land the biggest fish, and work on the best and biggest accounts in advertising. Everyone celebrates, looking a bit dazed.

Meanwhile, in other parts of the office, Peggy reveals her deepest secret to Stan, telling him that she gave up her child for adoption. And Joan continues her romance with the creepy California developer, played smoothly by Bruce Greenwood.

At the end of the episode, Pete sums it all up nicely when he says, “For the first time, I feel like whatever happens is supposed to happen.” With just three episode left, we sure hope so.