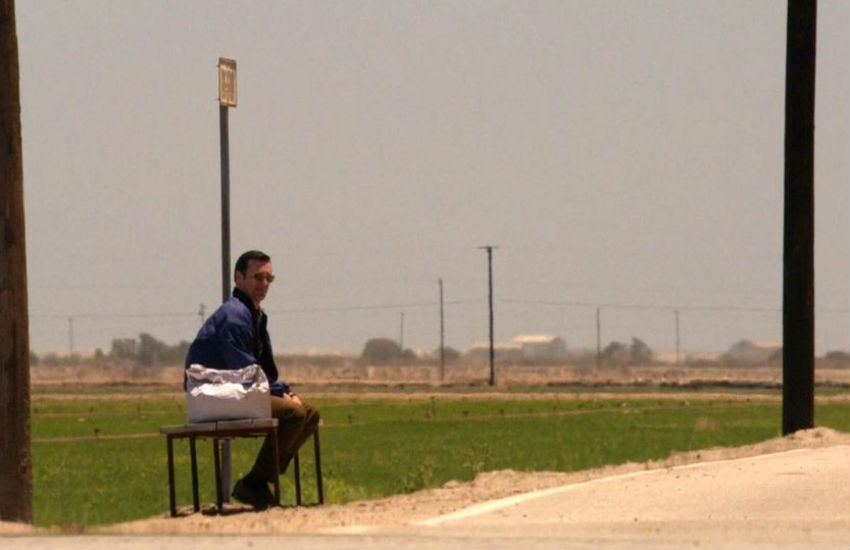 This week’s episode, “The Milk and Honey Route,” is all about dreams. After waking up from a nightmare where a scary cop declares “you always knew we’d catch up with you,” Don attempts to restart his odyssey, only to throw a rod and find himself stranded in Alva, Oklahoma. Resigned to his temporary fate, he takes up residence in the closest motel, and gets cozy, settling in with a bottle in a brown bag and a paperback copy of The Godfather.

Back in the Big Apple, Pete is wooed by long time-no see former Sterling Cooper exec Duck Phillips, who appears, seemingly out of the ether, to broker Pete a dream job at Lear Jet in Wichita. At first, Pete resists, but after a visit with Trudy and Tammy—and learning that the new job includes both piles of money and a Lear at his disposal—he accepts. He then shows up at Trudy’s house at four in the morning to persuade her to start a new life with him. She agrees that Kansas holds the key to happiness (translation: they are clearly both insane and should definitely remarry) for the Campbell family, and thus, we say sayonara to another core character on our fave show.

Meanwhile, just when Betty is fulfilling her dream of returning to school, she gets some very bad news. A fall lands her in the school clinic, where an X-ray yields the worst of all possible diagnoses: metastatic lung cancer. Betty being Betty to the very end, she makes plans for her funeral and decides not to seek treatment. We’re not quite sure what the writers are up to here: Do they think we don’t know that cigarettes are bad? And why does she have to compound Sally’s grief by putting her in charge of the internment arrangements? In any event, we are going to miss Bet the most.

As the episode winds on—seriously, this one is all over the place—Don is still in Alva, Oklahoma, where he winds up at a fundraiser for a local vet. At the gathering, the vets tell war stories while guzzling Lone Star and Old Crow, and Don, finally, sorta comes clean about his time in Korea, admitting that he killed his C.O. The other vets are not even a little fussed—they just keep on drinking, shaking their heads and muttering “you do what you gotta do.”

Things do get a little messy, however, after the festivities conclude, when Don is accused of absconding with the donations. In fact, the male motel maid Andy is the thief. Don (despite getting beaten around the face with a phone book by drunk Okies) takes pity on Andy, telling him, “Becoming someone else is not what you think it is.” Still, he helps Andy get out of town, even turning over the keys to the Caddy to the kid.