Home TV Mad-Cap: Don Meets the Ghost of the Road 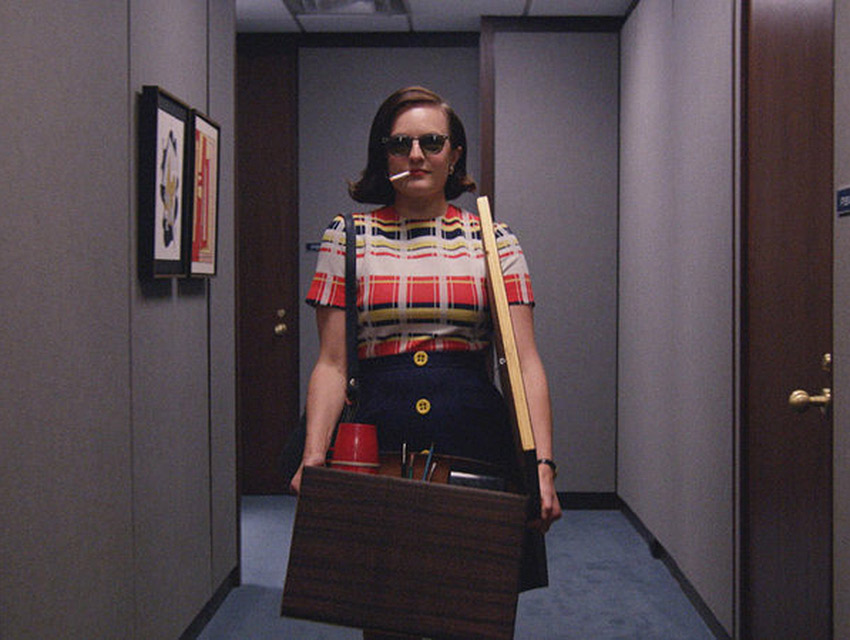 Joan’s struggles make for a central plotline, when Ferg, McCann’s number two, tells her the only way she can keep her accounts is by sleeping with him. Joan threatens McCann president Jim Hobart with a sex discrimination lawsuit, smartly striding into his office in a green I-mean-business outfit. She throws around names like Betty Friedan and the ACLU, coolly averring, “I’m not here to negotiate.” He threatens right back: “We’ve bought enough ad space in the New York Times to print Mein Kampf on the cover.” In the end, Joan settles for a cut-rate payout. So much for equality.

Don, having found his office, soon finds his way right out of it again, and onto the road, with the ghost of Bert Stirling riding shotgun beside him, musing about Jack Kerouac. His quest takes him all the way to Racine, Wisconsin, where he finagles his way into Diana’s old house, but when Jesus-freak Mr. Bower shows up (played scarily well by Mackenzie Astin), Diana’s ex quickly ushers Don right out the door, telling him that “Diana is a tornado, leaving a trail of broken bodies behind her.” Yikes.

Meanwhile, back at the old ranch, Peggy hangs around the empty offices of SC&P, which look more like a bomb site than recently emptied office space. They forgot to give her an office at McCann, and worse yet, they thought she was a secretary. She and Roger loll around his empty office, drinking Vermouth, while he tries to buck her up by giving her one of Stirling’s Japanese prints, which depicts “a lady being pleasured by an octopus.” When Peggy tries to refuse the gift, arguing “I need men to take me seriously,” Roger snaps, “Whoever told you that?” Seems it’s the moral of this week’s kinda depressing story.

Final scene: Don picks up a hippie drifter on his way to St. Paul. The hitchhiker says, “I don’t want to take you out of your way.” Don replies, “Not a problem.” Oh Don. Say it ain’t still so.