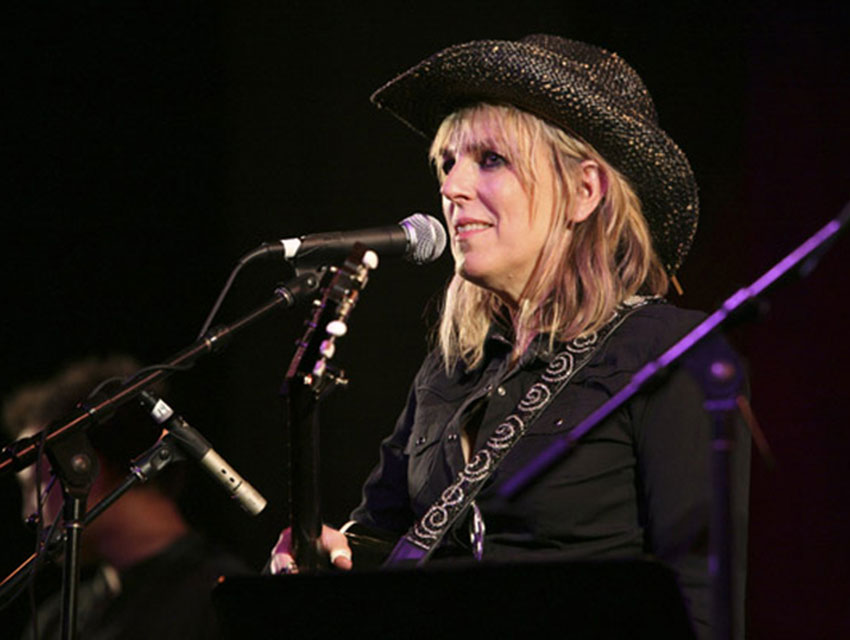 1. “Side of the Road” — Self-Titled
This song paints a beautiful image of a woman standing alone in the tall grass as her lover waits in the car while she takes a break from the relationship. Not a break up—just a break.

2. “Sidewalks of the City” — Sweet Old World
Yes, the Self-Titled record was Williams’ breakthrough, and Car Wheels on a Gravel Road won the Grammy, but it’s really hard to pick just one song off of Sweet Old World, so I figured I should try. “Sidewalks of the City” is full of imagery of a crumbling city; it’s a plaintive appeal to a lover to hold her and tell her she’s safe.

3. “Lake Charles” — Car Wheels on a Gravel Road
My editor asked for a list of ten songs, but here’s where I have to cut a corner: Just listen to the whole album. Start with “Lake Charles.” It’s where Lucinda was born, and you can almost picture yourself driving on highways through East Texas and Louisiana in a yellow El Camino.

5. “Righteously” — World Without Tears
This song is sexy. It’s about kissing and running hands up legs and biting necks. Who else but Lucinda could sing: “Be my lover don’t play no games, just play me John Coltrane”?

6. “Real Live Bleeding Fingers” — World Without Tears
I had to put a rocker on this list. As usual for Lucinda, it’s about a man, and he’s a musician. He’s flawed, but he’s still her prince charming.

7. “Are You Alright?” — West
One thing that makes Lucinda a great songwriter is the simplicity of her songwriting. She takes an easy phrase, repeats it many times, and the truth and honesty in it becomes overwhelmingly beautiful.

8. “Buttercup” — Blessed
“Buttercup” is the ironic title of another rocker. In this one she tells a man off because he’s borrowed too much money and told too many lies.

9. “If Wishes Were Horses” — Little Honey
What a great line: “If wishes were horses, I’d have a ranch.” Lucinda makes asking for another chance heartbreaking.

10. “Walk On” — Down Where the Spirit Meets the Bone
It’s nice to hear Lucinda encouraging another woman to do what she’s gotta do.

If you are a singer, like, me, look for these, too. They are just a few of the songs Lucinda has masterfully covered:

Nick Drake’s “Which Will” on Sweet Old World