Lowrider culture is usually linked to the defiant machismo of L.A.’s Mexican American pachucos during the city’s racial unrest during World War II, who, faced with aggressive discrimination, donned cartoon-like zoot suits to flaunt their contempt for their Anglo tormentors. They also modded their rides to hover inches above the pavement; the mantra was “low and slow,” and a phalanx of lowriders creeping down a boulevard was both entrancing and intimidating. As the hot-rod craze—elevated chassis, revved-up engines—grew during the ’50s, the pachucos of East L.A. went right on dropping and chopping while festooning their Impalas with fantastical pinstripes, vainglorious personal oaths, and lifelike renderings of familia—Facebook profiles before the internet.

But as photographer Kristin Bedford discovered while spending five years with today’s lowriders, the subculture is now populated with a substantial number of women who are just as passionate about their rides and what they represent, both as larger cultural signifiers and as empowering accessories of their feminism. In this excerpt from Bedford’s new book, Cruise Night, we feature some of their Kandy-colored chariots. 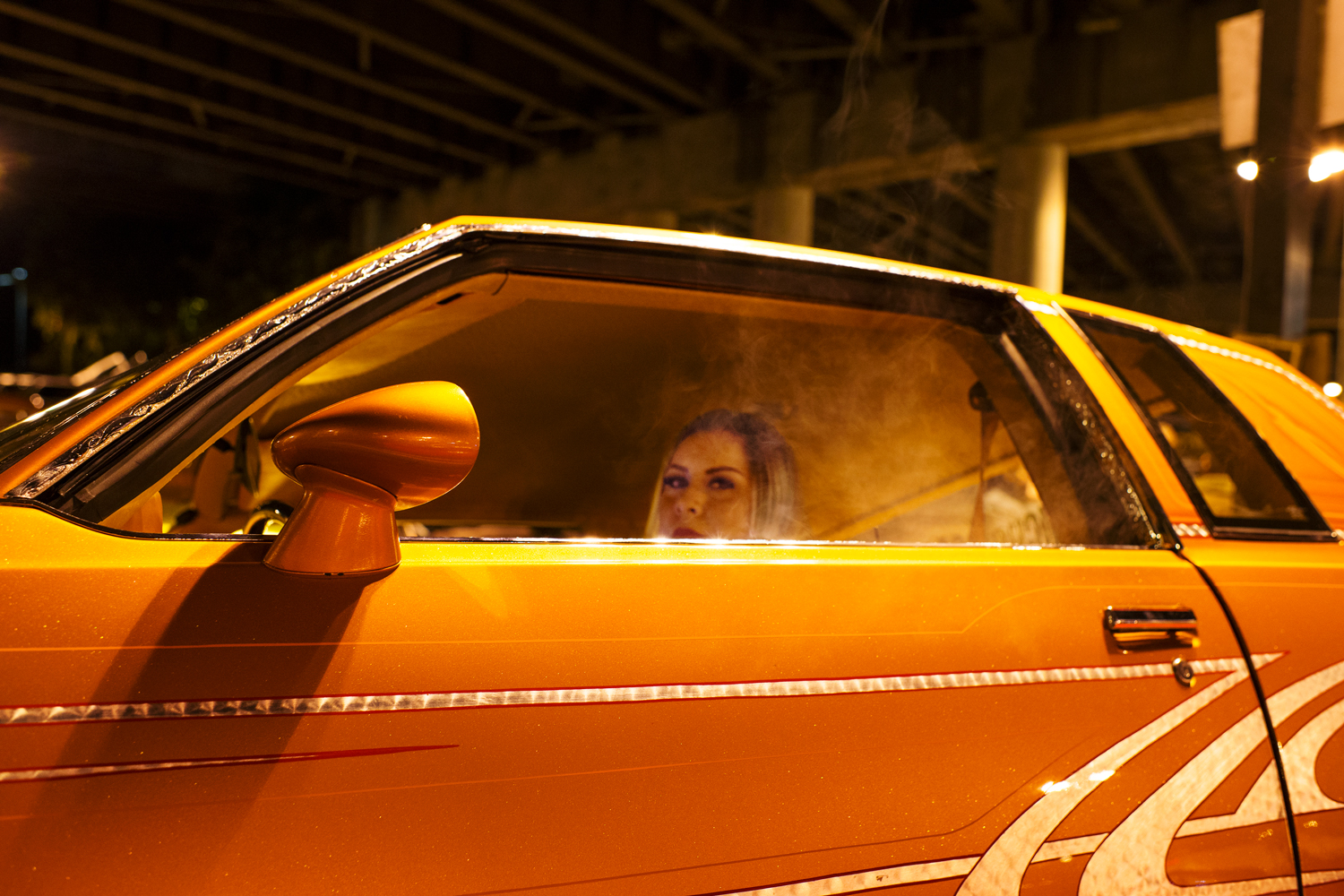 l Sitting low and pretty at the wheel while waiting for her husband, Lupita smokes a cigarette and creates a dreamy mise-en-scène for the photographer. 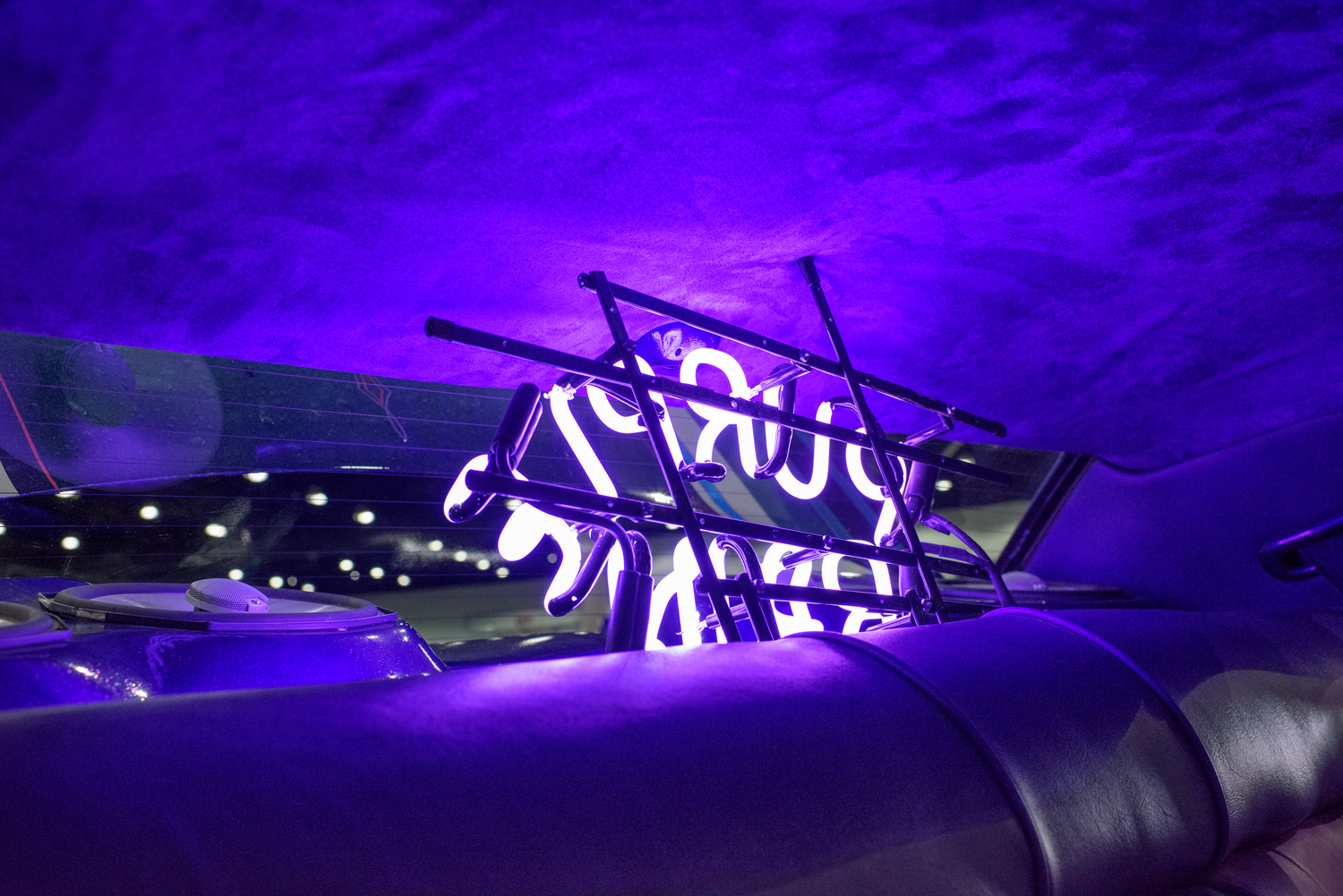 This homage to the palette of the artist formerly known for immortalizing hot cars sports a neon sign comemmorating his biggest hit. 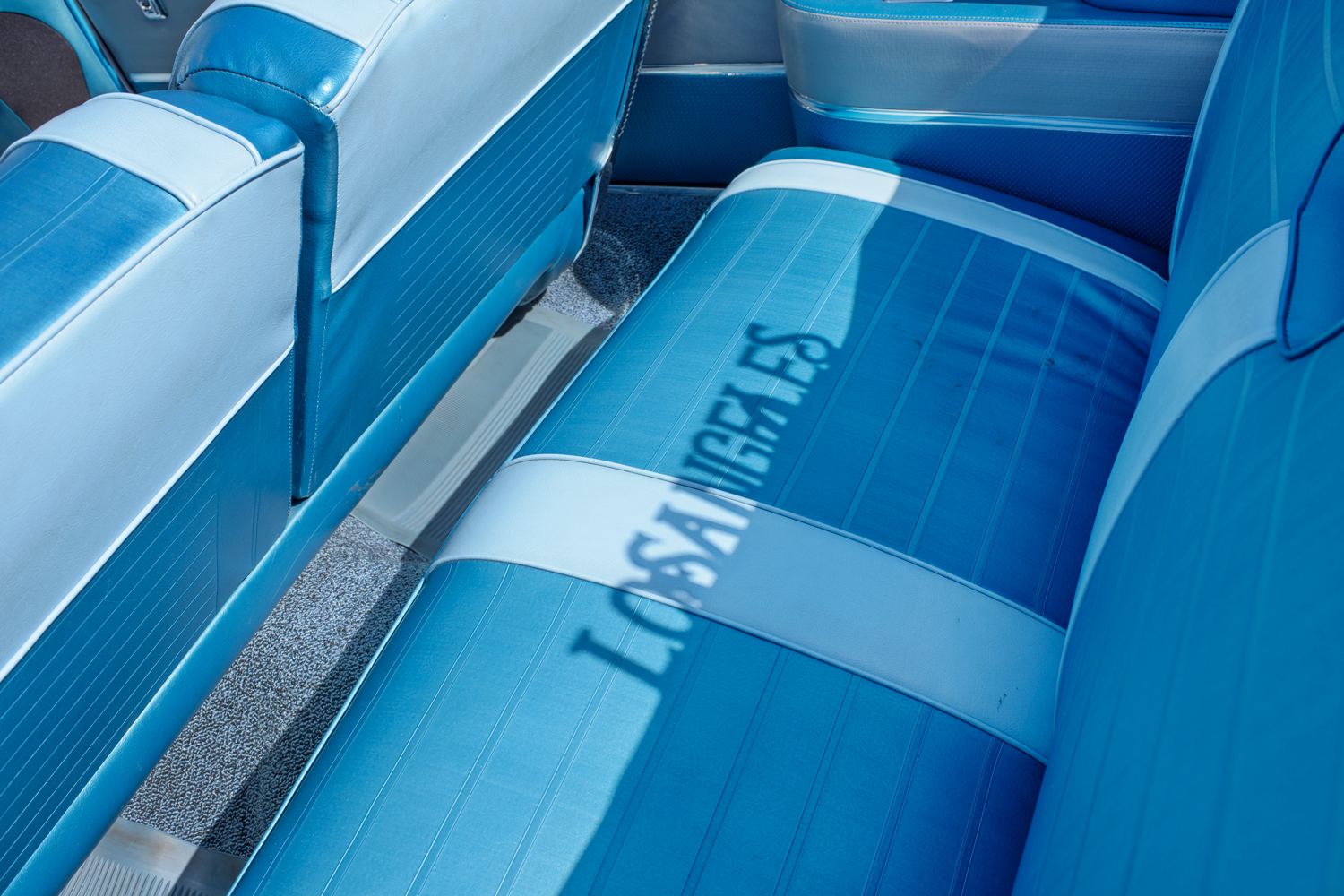 No Soy De Ti/I don’t Belong to You 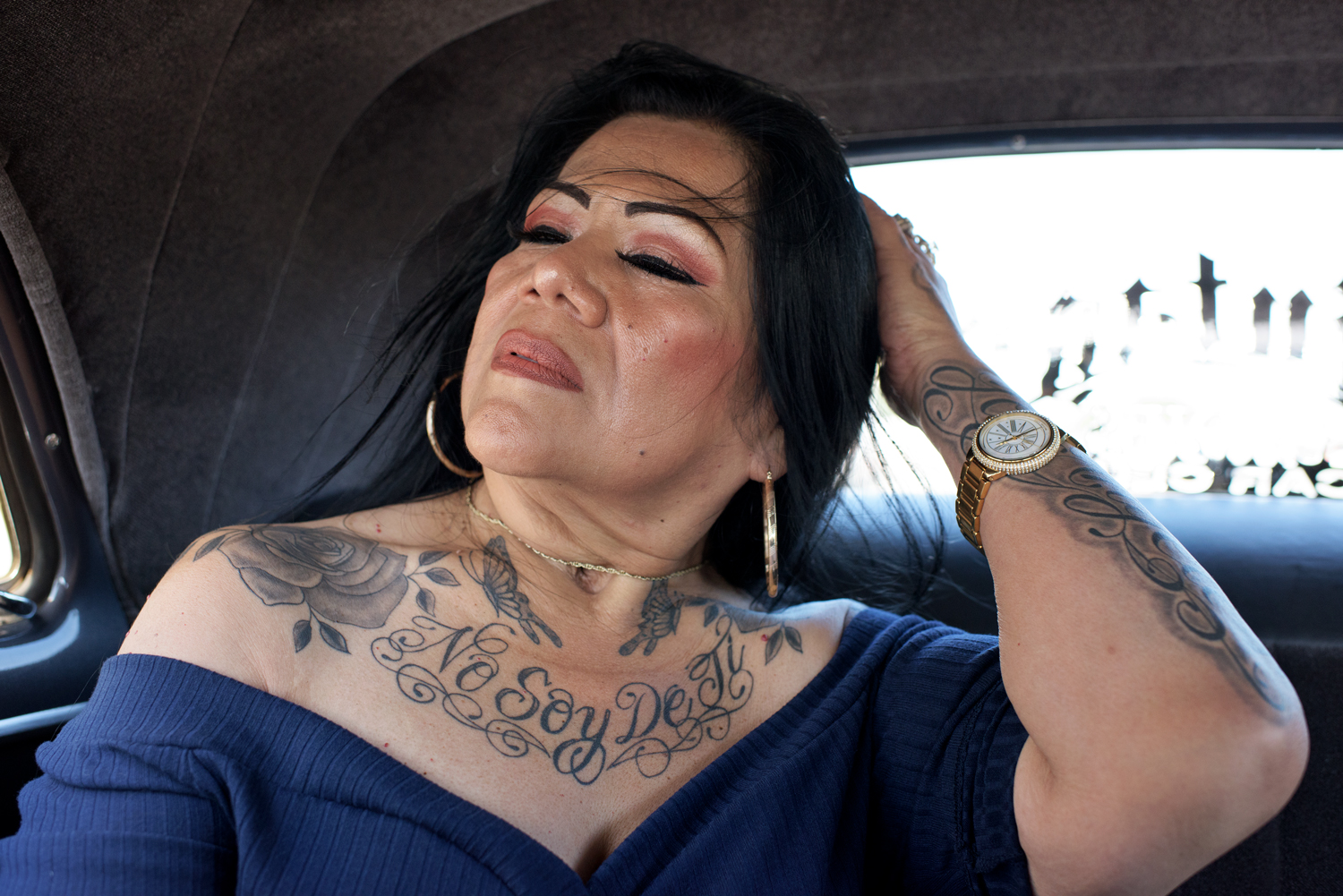 l Bedford considered naming her book I Don’t Belong to You, in appreciation of the defiant message tattooed across this woman’s chest. The tableau of female independence was snapped in the backseat of her cherry 1952 Chevrolet Deluxe. 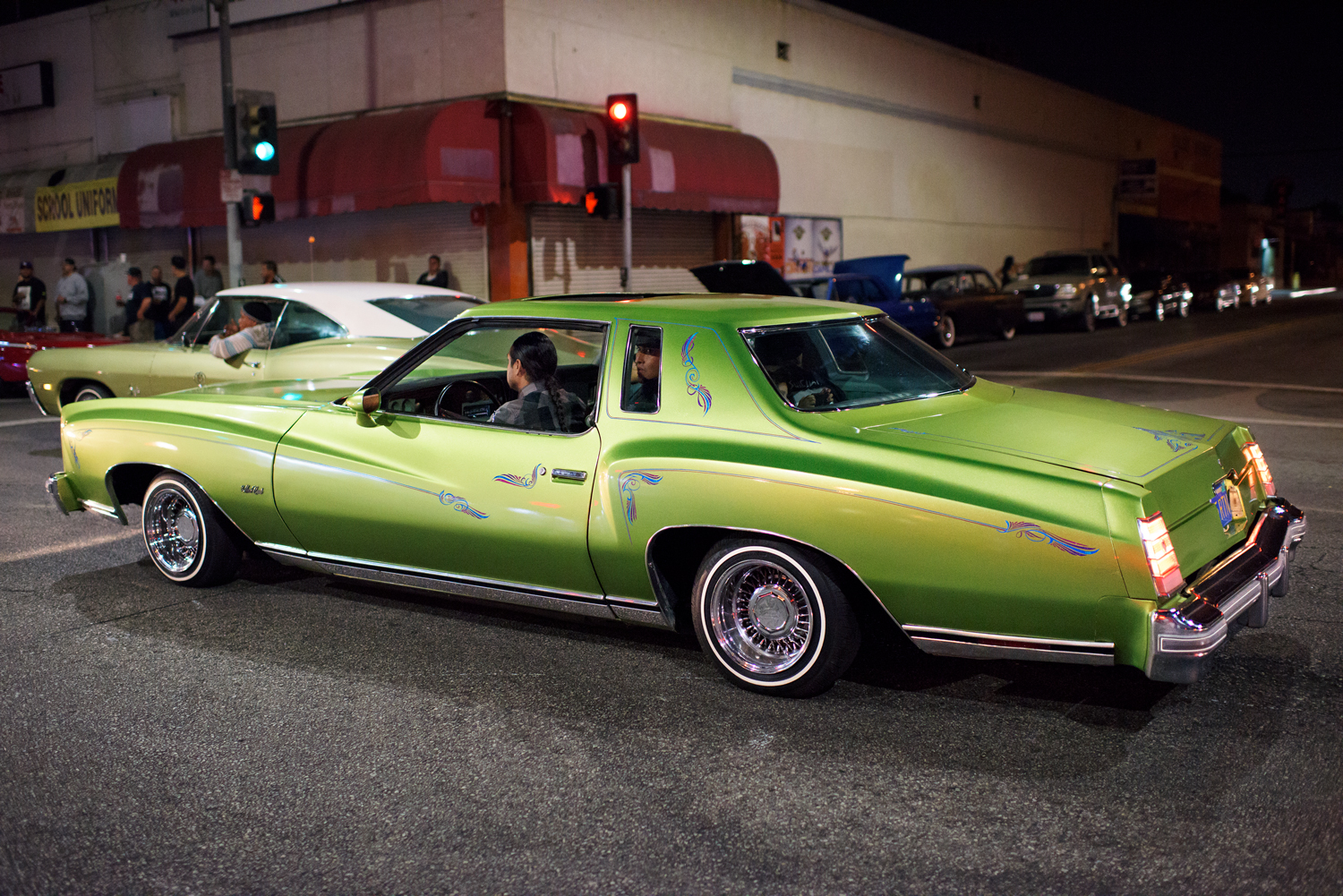 Many lowriders are derived from hopped-up Detroit iron that transported the middle class to all points of the compass in the 1960s and ’70s. This humble Chevy Monte Carlo has been tricked out into a rolling zoot suit with opera windows, lime-green metallic paint, pinstripe filligree, and prim whitewalls mounted on comically aggressive rims—plus the compulsory suspension drop. 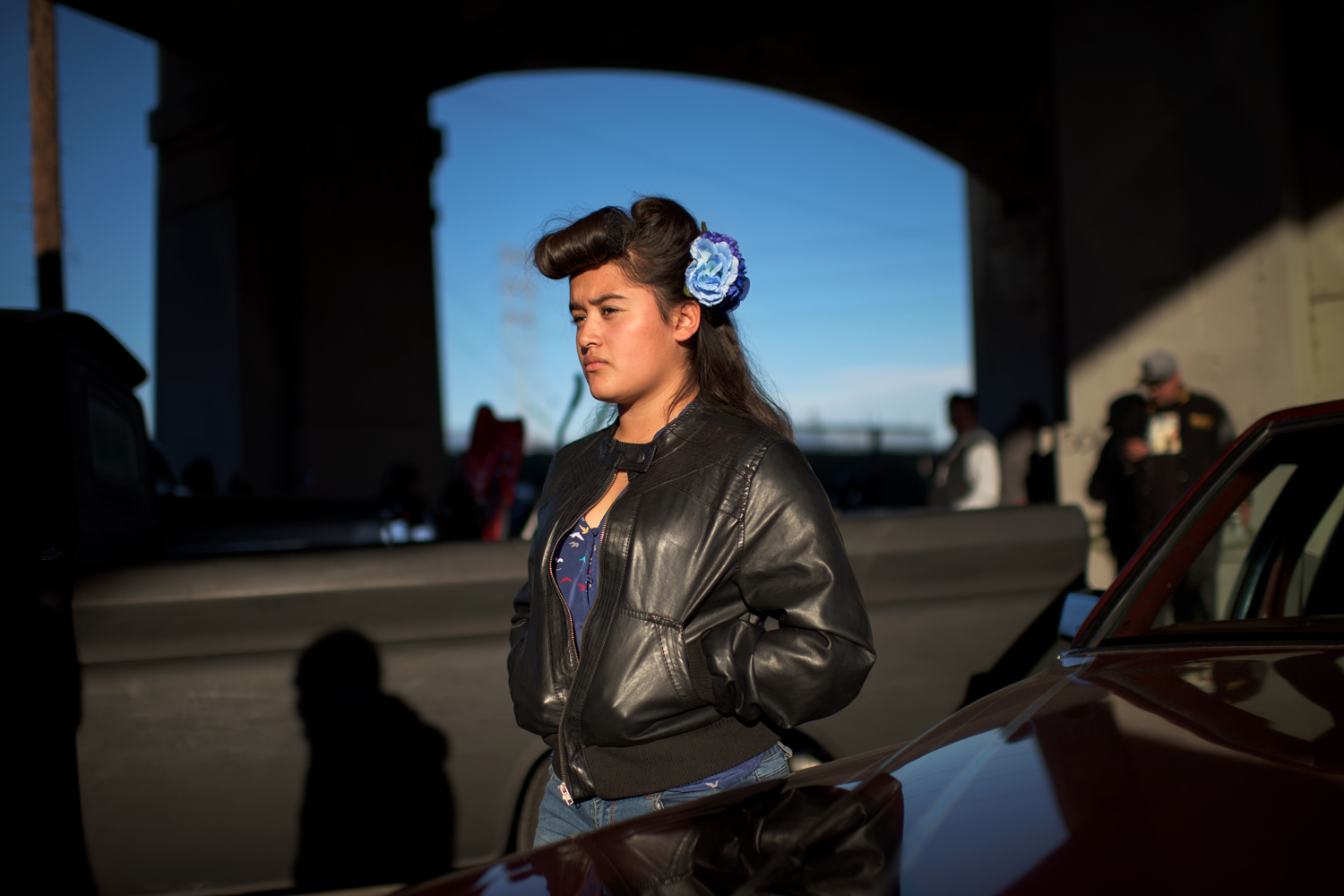 At It Again Car Club 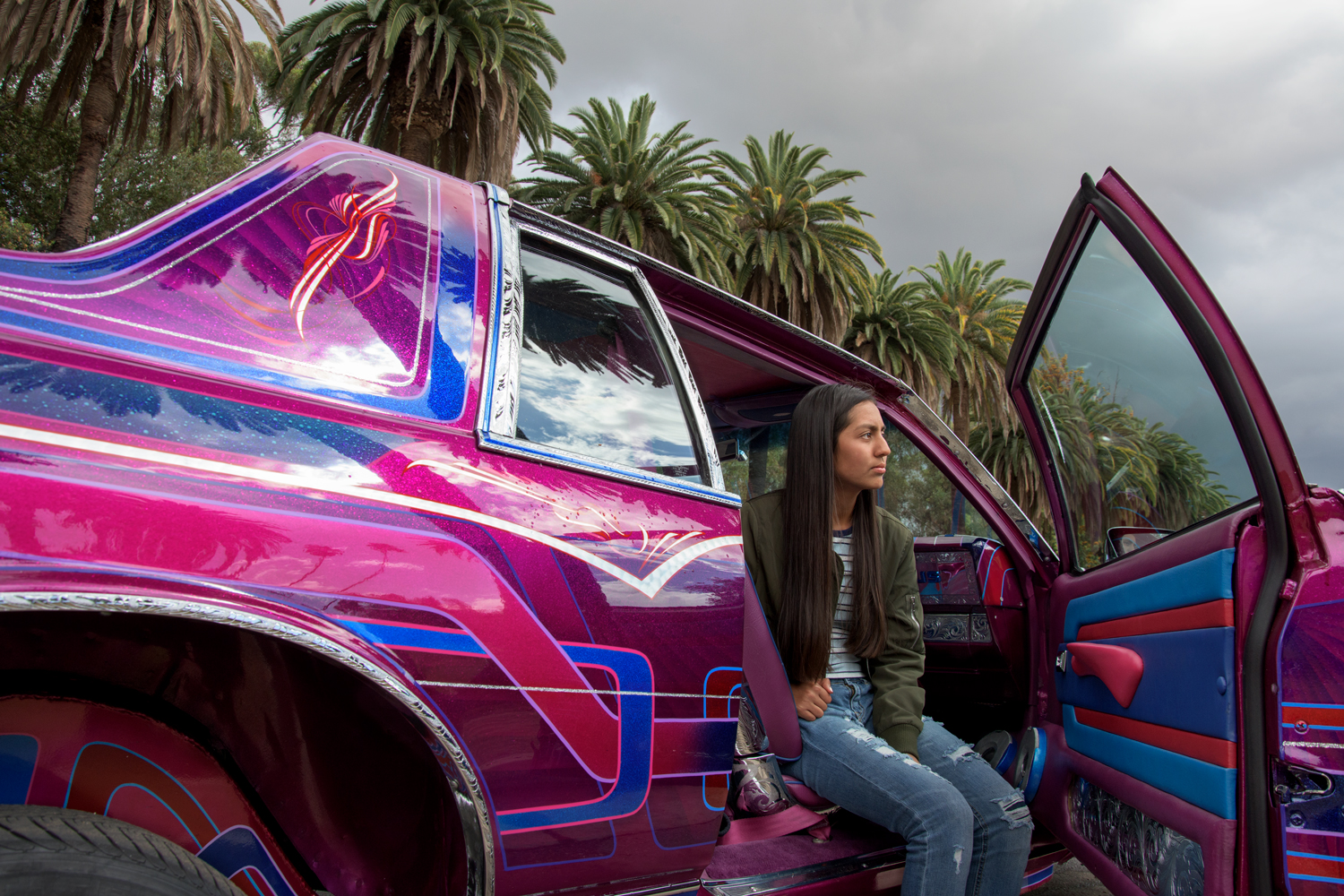 Top: Under the Sixth Street Bridge before it was demolished; Yahaira’s hairstyle and adorning flower are nods to the pachuco lifestyle. “There’s a lot of symbolism to crossing the bridge, leaving the neighborhood, and stepping into another culture,” Bedford says. Below: Samantha sits in her father’s car. Car club gatherings usually take place on Sundays because Saturdays are dedicated to washing the car and polishing the chrome, which can take an entire day. 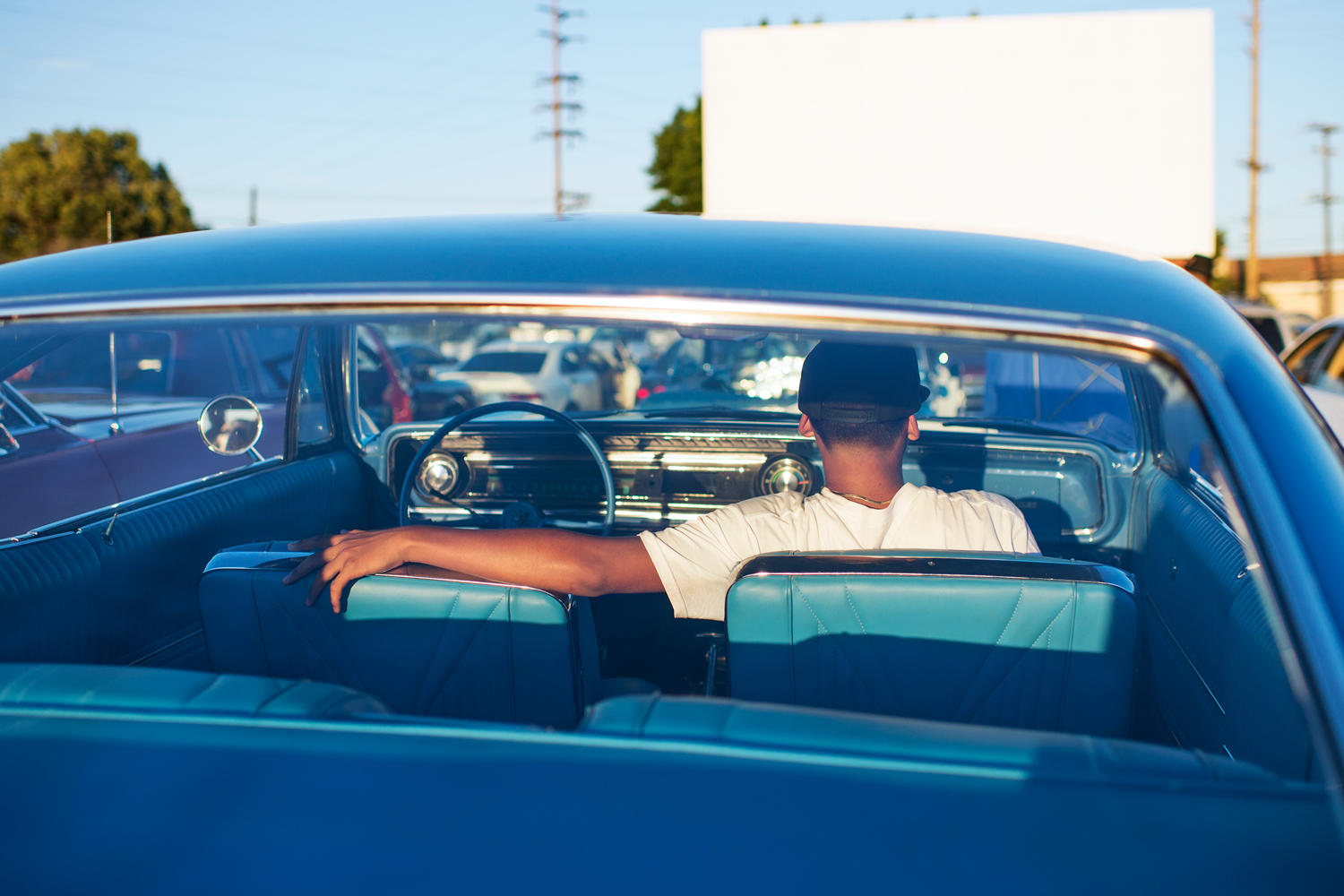