Home TV In a Coronavirus World, ‘The Love Boat’ Is Still Afloat 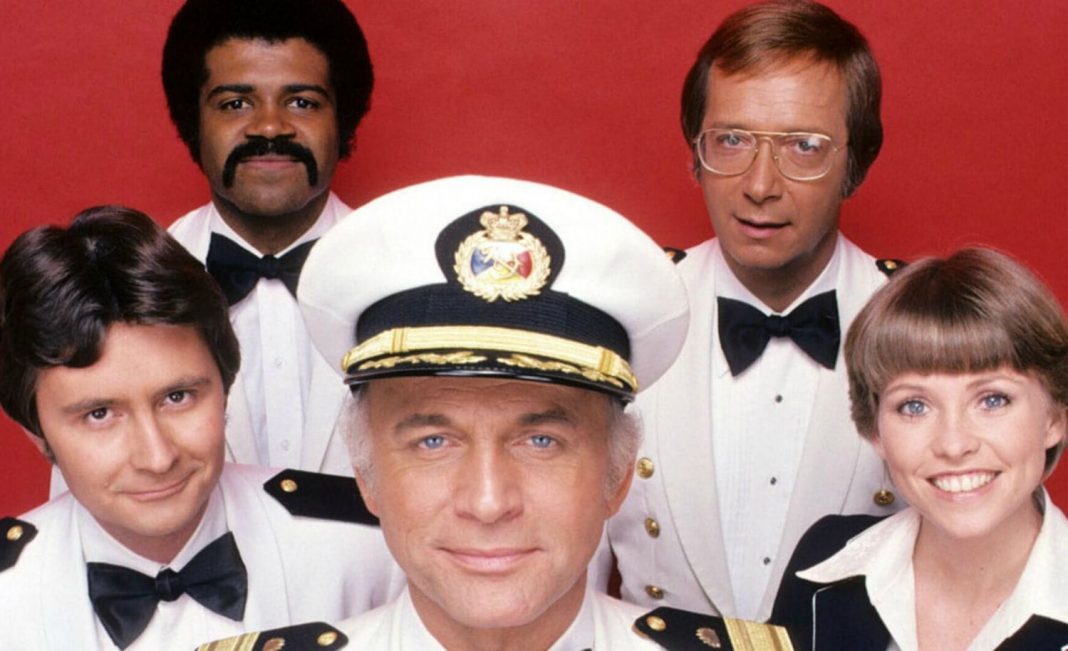 As the coronavirus continues to put the brakes on travel, the cruise ship industry has taken a massive hit. In early March, Princess Cruises—which operates the Diamond Princess, which made so many headlines at the start of the COVID-19 pandemic—announced it was shutting down for at least 60 days (the line’s Grand Princess remains off the coast of Northern California in a kind of pandemic-induced limbo).

While this seems both prudent and optimistic (social distancing and self-quarantining will likely last well into the summer, if not longer), it hasn’t dampened the public’s love for ocean cruising. In fact, the Los Angeles Times reported on April 9 that cruise bookings for 2021 “are up considerably compared with pre-coronavirus data.”

The assumption that COVID-19 will be manageable by then is simply that—an assumption. A vaccine remains at least a year and a half away, and antiviral treatments remain experimental. And it’s unknown when universal testing, which is mandatory for preventing future pandemics, will become a reality. Going on a cruise without those safeguards—especially when outbreaks of diseases like norovirus have long plagued cruise lines around the world—seems like gambling with very poor odds. For now, the safest way to take a cruise may be by watching old reruns of the television program The Love Boat.

There’s a logic to this, especially as television has taken on ever greater importance as one of the few escapes available to us. Though filmed in the late 1970s, the connection between The Love Boat and Princess Cruises—which allowed the show producers to use its ship Pacific Princess (and sometimes Island Princess) for filming—remains surprisingly strong.

It was in early February of this year, about a month before everything went to hell, when my girlfriend Angie and I stood on one of the top decks of the Royal Princess, a 143,000-ton cruise ship operated by Princess Cruises. The ship was launched in 2012 and is capable of carrying 3,600 passengers (by comparison, the RMS Queen Mary weighed 80,000 tons and carried about 2,000 passengers). We were just about to pull away from the dock at the Port of Los Angeles, bound for Catalina and Ensenada, when the ship’s horn blew. I stood awkwardly for a moment, trying to identify the unusual tune, then laughed and shook my head.

The horn was blowing the first few bars of the theme song from the old Love Boat TV show, which aired from 1976 to 1986. And it wasn’t the only reference my girlfriend Angie and I found to 1970s television during our brief four-day cruise. In our stateroom, we watched the ship’s official safety video, which starred the original Love Boat cast, including Lauren Tewes (cruise director Julie McCoy), who had been fired from the show in 1984 due to her cocaine addiction.

Though The Love Boat has been off the air for more than three decades (the short-lived 1998 reboot starring Robert Urich and Joan Severance is a curious footnote in TV history), you can still find reruns on MeTV. In fact, for the next few months or so, that’s the only way most people will be able to take a cruise.

Each week, the show drowned in layers of syrupy fantasy. Producers structured each episode in a three-arc format, with one comedic storyline usually involving the crew of the Pacific Princess (Captain Merrill Stubing, the ship’s doctor Adam “Doc” Bricker, bartender Isaac Washington, and Gopher, the assistant purser, played by Fred Grandy, who later represented Iowa as a Republican member of the U.S. House of Representatives), one written as a drama (sometimes with tragic overtones), and the last containing pure slapstick humor. But regardless of the individual story, the overall thrust of each episode was the same: no matter what the passengers wanted when they boarded the ship each week, they would find love, and that love would better their lives.

For instance, one week a kissing bandit (a very young Billy Crystal) boards the ship and molests every woman he can find (which they all, of course, adore) except the young woman he actually finds attractive. Or another time, a young Black woman who is finishing research into some portion of African American history learns to love Hambone, an old Negro Leagues baseball player portrayed by Scatman Crothers (this particular episode ends with the very white Capt. Stubing delivering a cringeworthy lecture on the true value of African American history to the researcher).

Cathy Schwichtenberg of the University of Iowa explored all this in an essay titled “The Love Boat: the packaging and selling of love, heterosexual romance, and family” published in the journal Media, Culture and Society in 1984:

“[I]n The Love Boat, ‘love’ as a floating signifier is transformed into a commodity when linked with a ‘boat’—a ‘thing,’” Schwichtenberg wrote. “Through the exchange of money for a cruise, love becomes the ultimate reward, the panacea for all ills. As the lyric of the ‘Love Boat song’ indicate, love is ‘life’s sweetest reward.’ Hence, the cruise functions as the mediating term between money and love. Indeed, once the promise of love is bought via the cruise, the crew, which functions to unify couples, must do good on the promise.”

The crew itself functioned as a family structure that audiences could rely on week to week, and that added a great deal more fantasy to the show. In simple terms, even when the show was airing in the 1970s, most cruise ships didn’t have American crews. And they certainly don’t today, either—cruise lines long ago got addicted to the lower wages they could pay non-American workers.

Contrary to what television audiences see when they tune in each week to The Love Boat, cruise ship crews live solitary, harsh lives. “Often signed to six or eight-month contracts, cruise ship employees often work seven days a week for a minimum of 12 hours per day, while making anywhere from around $550-$1,000 per month,” Business Insider reported in 2019. “And those who have the most physically demanding jobs, like waiters and cleaners, tend to receive inadequate medical care when they first report an injury, [maritime attorney Jim] Walker said.”

It was just as bad in the days of The Love Boat. In fact, the 1974 book Love Boats—which the television series was very loosely based on—did not glamorize the life of a cruise ship worker. Written by Jeraldine Saunders, who was the first woman ever promoted to cruise director, the book ostensibly tells real-life stories of how passengers found love and adventure throughout her career on the high seas (at the time of her book, and The Love Boat TV show, cruise ships usually only carried about 600 passengers). Saunders describes living in a cabin near the ship’s propeller shaft, working 15 hours a day, every day, for 11 months at a time, while the ship endlessly steamed in and out of American, Mexican, and Caribbean ports. Even a single afternoon in port could be a rare, not-to-be-missed treat.

She also wrote about the time a fellow officer on the ship attempted to rape her, other crewmembers sneaking passengers off to hidden nooks in the ship for sex, and even one horrible Christmas cruise during which two passengers killed themselves:

“A passenger complained to me and said, ‘Jeraldine, don’t you think that two suicides on one cruise is a bit much?’ The poor, hard-working cruise staff gets blamed for everything. She must have thought that I sat down to make out the daily program and said, ‘Let’s see, I think we will have two suicides today.’”

Today, sexual assault and suicide (or at least, mysterious deaths) remain problems on cruise ships. The Washington Post reported in December 2019 that reports of sexual assaults had jumped nearly 32 percent from the first nine months of 2018 (60 incidents) to the same period in 2019 (79 incidents). And in late 2018, Quartz reported that, “Since 2000, 284 people have fallen off cruise ships—and another 41 from large ferries—an average of about 1.5 people per month.”

It’s depressing stuff, and yet, I still find at least some enjoyment in an episode of The Love Boat. Not because it reminds me of days spent at sea, but because it stands as a unique treasure trove of both television and movie actors. Ethel Merman, Florence Henderson, Sherman Hemsley, Jaclyn Smith, and Troy Donahue all made one or more appearances on the show. It was also a trip to see young actors like Tom Hanks (who recently emerged from coronavirus quarantine in Australia), David Hasselhoff, and Jessica Walter, who was unknown but eerily familiar until I realized she later played Lucille Bluth on Arrested Development.

Flawed and unrealistic though it may be, the show is the only way most of us will go to sea, at least for near future.

RELATED: Thousands of People Are Stuck on a Cruise Ship Off the Coast of California