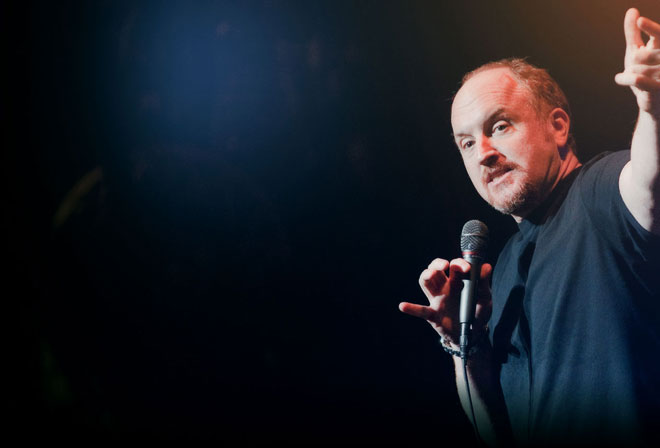 Louis C.K. is on a roll. In just over a year he has won two Emmys for two separate shows, a Grammy for his comedy album Hilarious, and was named the funniest person of 2013 by Rolling Stone. In the midst of these commercial successes he has also been conducting an experiment in independent distribution.

In 2011 for his special Live at the Beacon Theatre he cut out the middlemen by producing his own show and releasing the video online for $5. It was a risky move but within 12 days the online video had earned $1 million in download sales. Later, when he bypassed Ticketmaster and sold tickets to his live show for $45 he reportedly made $4.5 mil in 45 hours. Good riddance to the price gouging, processing fees, and “convenience charges” we’ve come to endure in order to see our favorite performers.

Now he is at it again. This Saturday (April 13) his new special, Oh My God, debuts on HBO. With his burgeoning fan base and rising star power he negotiated a deal with HBO that allows him to release the show online for $5 after a brief stint on the cable channel. Fans can only hope that it will be full of the same self-deprecating humor and sharp insights on the human condition that have brought him success so far.

And he does all this the hard way, selling his own tickets, and regularly coming up with new material from scratch. Every year he works his jokes out in small New York comedy clubs, tours them, and puts the best on his comedy specials. Then he kills them. Every year. That’s why his shows sell so well, why he’s been nicknamed “the comedian’s comedian,” and why he’s worth watching. Louie is breaking all the rules, and it’s working.