Home Animals The Lost History of the Last Cowboys of Compton 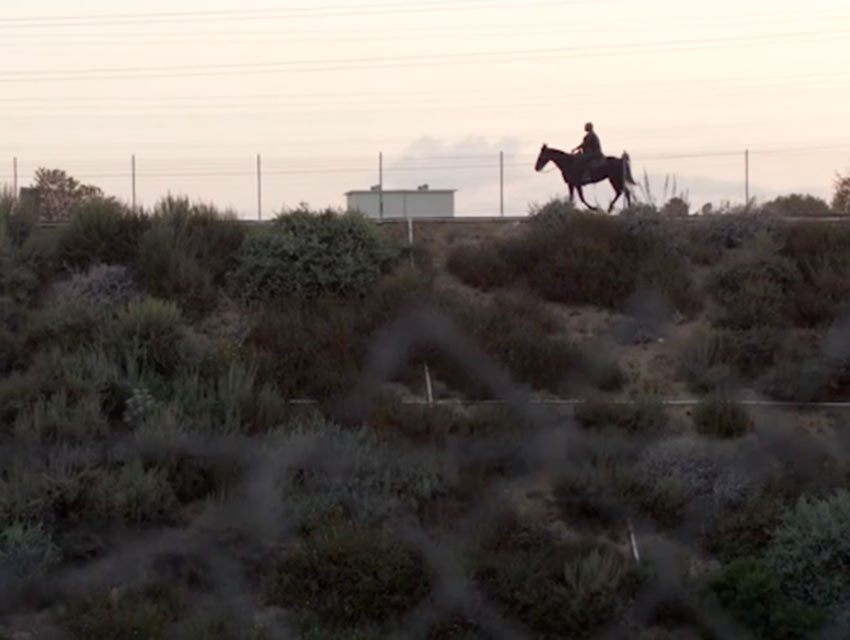 Nearly three years after a structure fire tore through horse stables in a South Los Angeles neighborhood, documentary filmmakers are raising funds to complete a feature-length movie about the sub-culture that’s been fighting for survival ever since: The Cowboys of Compton.

“Fire on the Hill” tells the stories of the stable, known as “the Hill,” and three of its stakeholders: Calvin, who witnessed the stable fire himself; Chris, a professional Bull Rider in the making; and Ghuan, an ex-soldier who has become the voice for a way of life being threatened by the inner-city, one that’s also an alternative to crime. “You’re going to be a gangbanger or you’re going to be a cowboy,” says Ghuan in this trailer. “You can’t do both.”

According to the Kickstarter campaign, more than 30 hours of film have been shot, but director-producer Brett Fallentine and his team need money to complete filming and then edit and mix a final cut, hopefully to be released in the middle of next year. Their goal: to raise $60,000 by March 21. Two weeks in, they’re nearly halfway there.

Fallentine, who first became interested in the cowboys of Compton while working on a film project for GOOD magazine in 2011, says he’s drawn to the story of The Hill because it represents a little-known piece of L.A. history. “It’s not a new thing that cropped up,” he says. “Knowing where we came from, for me, turns a city into more than a city, it turns it into a home.”

He says he’s trying to capture the spirit of the cowboys before their culture is extinct, but the director has another vision that’s bigger than making a movie—bigger even than L.A.: giving kids in urban areas new role models to look up to. “We’ll use the film to raise awareness and rebuild the stables in Compton,” he writes on the project’s crowd-source page. “We envision an ocean of opportunities from there. An endowment program for locals to interact with horses. Recreating ‘The Hill’ for other inner-cities around the world.”