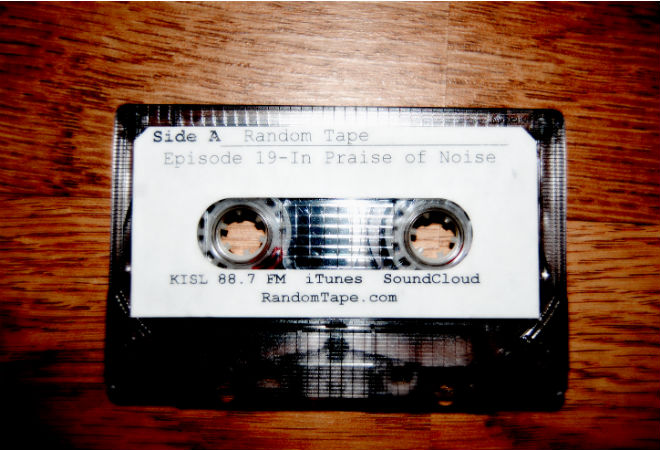 “There’s a voyeuristic element to it, like getting a glimpse of a world you weren’t invited into,” says radio producer David Weinberg as he sifts through a giant plastic crate filled to the brim with cassette tapes. “Most of them are like this.” He holds up a tape ominously titled Satan’s Master Plan. “Religious tapes, exercise tapes, self-help tapes, Grateful Dead compilations, that kind of thing. The ones I love the most are the home recordings people make themselves.”

For years, Weinberg, a Coloradan transplant to Koreatown and reporter for American Public Media’s Marketplace, has collected found tapes: homemade audio recordings he buys at flea markets and secondhand stores or sometimes discovers on the street. The vast majority comes from private collections. They serve as the audio corollary to the home movie: snapshots of families, friendships, and personal stories long forgotten by those who made them. The intimacy appeals to Weinberg, who uses them in his award-winning podcast Random Tape.

Random Tape started in 2005 as an audio zine that Weinberg made and distributed on CD. A couple of years ago while he was living in St. Louis and working as a freelance radio producer, Weinberg decided to turn it into a podcast. His first recording for the project was of his dog’s stomach growling. “I wanted every Random Tape episode to be under a minute,” Weinberg says. “Like a weird little vignette. A found moment.”

Random Tape evolved from there. Weinberg based episodes on audio fragments that didn’t fit in or were too strange to incorporate into stories he produced for radio. Each is a collage of disembodied moments: a frustrated voicemail left on Weinberg’s answering machine by a hermit outsider artist in St. Louis (the subject of an earlier radio feature), a gravelly-voiced man’s 4 a.m. moment of drunken lucidity outside a bar on L.A.’s skid row.

The best episodes are the ones Weinberg pieces together from found tapes like “Papa’s Birthday,” which begins with a woman narrating a family road trip, her thick southern accent in perfect harmony with the crackling backdrop of tape hiss. “We are on the Mississippi, on our way to Nashville. It’s 8:10, a beautiful morning,” she says. “You might be able to hear the motor of the big boat. Do you?” The recorder is switched on and off. One minute the family is on the boat crossing the Mississippi, the next they’re lamenting a loss at a college basketball game, and finally the listener arrives, with the narrators, at Papa’s birthday party. Rather than the events themselves, it is the sense of intimacy, of being let into a stranger’s private life that entices the listener.

“It’s probably the only way to legally eavesdrop on somebody’s life,” says Matt Holzman, producer of KCRW’s First Take (formerly Matt’s Movies). “It’s not just about the intimacy of what people are saying, there’s the intimacy of their voices, too. It’s completely unguarded.” Holzman, has been a staple at KCRW for more than twenty years; he’s also one of Weinberg’s suppliers of cassettes. About ten years ago, Holzman hit pay dirt at a thrift store in Palm Springs. “The guy at the store told me he’d sell me all the tapes he had for forty bucks.” Holzman paid, not knowing how many there were, and was shocked when the proprietor brought out several large crates of tapes. His plan was to go through all of them, looking for what he calls “great tape moments” to share online. But it was a monumental task, one that proved unexpectedly challenging.

“Some of them were really sad,” Holzman says. “There were a couple of taped AA speeches in there. Another one was of what sounded like a pastor preaching in some failing Presbyterian church out in Indio or somewhere like that. It was so melancholy.”

Holzman gave the tapes to Weinberg, whose talents are well suited to the task of sifting through endless hours of mysterious audio. “David always goes for the emotion in the story,” Holzman says, “and when he records a story, it’s just like listening to him talk.” For Weinberg, radio is a true vocation—a passion that, since he found it in his early twenties, has shaped his life.

Back in the apartment in Koreatown where Weinberg lives with his wife Katya and their dog Faisdodo, a new tape, one from a previously unexplored crate, crackles through the towering speakers. Above a high-pitched droning, a man addresses a friend named Ray. There’s much tenderness in the man’s voice as he fills Ray in on how he’s been, talking about old friends who’ve gotten divorced or passed away. “I think he’s on a boat,” Weinberg says quietly, an insight that seems mysterious until what comes next.

“Sorry I didn’t send you my last tape. It went over well with the captain,” the man says. “When I’m up working in his room, it’s the only other place here on the ship where I can listen to my music.” And the next thing you hear is the stranger’s lonely music floating through the ether.