Home Transportation 4 Million People Agree: L.A. Is The Place to Be 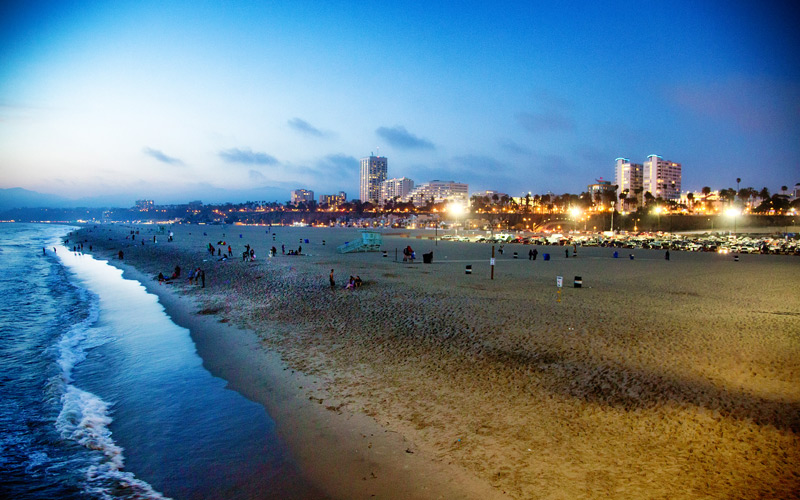 We’ll never know the identity of Los Angeles’s four millionth resident. Maybe a newborn girl over at Cedars-Sinai, or a fresh-faced actor chasing his dream of becoming a movie star and ultimately settling for a lucrative-yet-hard-to-explain-to-his-parents career as a social media influencer. Whatever the case, according to the state of California, the population of the city of Los Angeles passed four million people in 2016.

It’s been a steady climb:

Currently, only New York City is larger (8.5 million people). Behind us is Chicago (2.7 million). Keep in mind, those are city populations. L.A., as a county, has 10 million people, and the greater Los Angeles area has almost 18 million people, every one of which can be found on Santa Monica headed to the 405 between 2 p.m. and 7 p.m. on weekdays.

In spite of its problems—for example: buying an affordable place to live—Los Angeles remains a growing city, one fueled, reports L.A. Weekly, by millennials and jobs, which, haters be damned, are not mutually exclusive.

Looking Forward
The good news: With the city finally adding a 20th century transportation system at the dawn of the 21st century, and an emphasis on denser/vertical housing, Los Angeles is positioning itself to absorb continued growth. The bad news: What happens when all those millennials start families and need more room for their children and want to plant roots where there are better schools and houses with yards? It’s not like there’s a surplus of reasonably-priced family housing floating around.

RELATED: I Rode the Entire Metro in One Day. This Is What I Learned.

Upward of 300,000 L.A. Households Could Be at Risk if the State’s Eviction Ban Expires Next Month

The City of L.A. Has Millions to Help Bail Out Renters, but Demand Is Going to Be Sky High