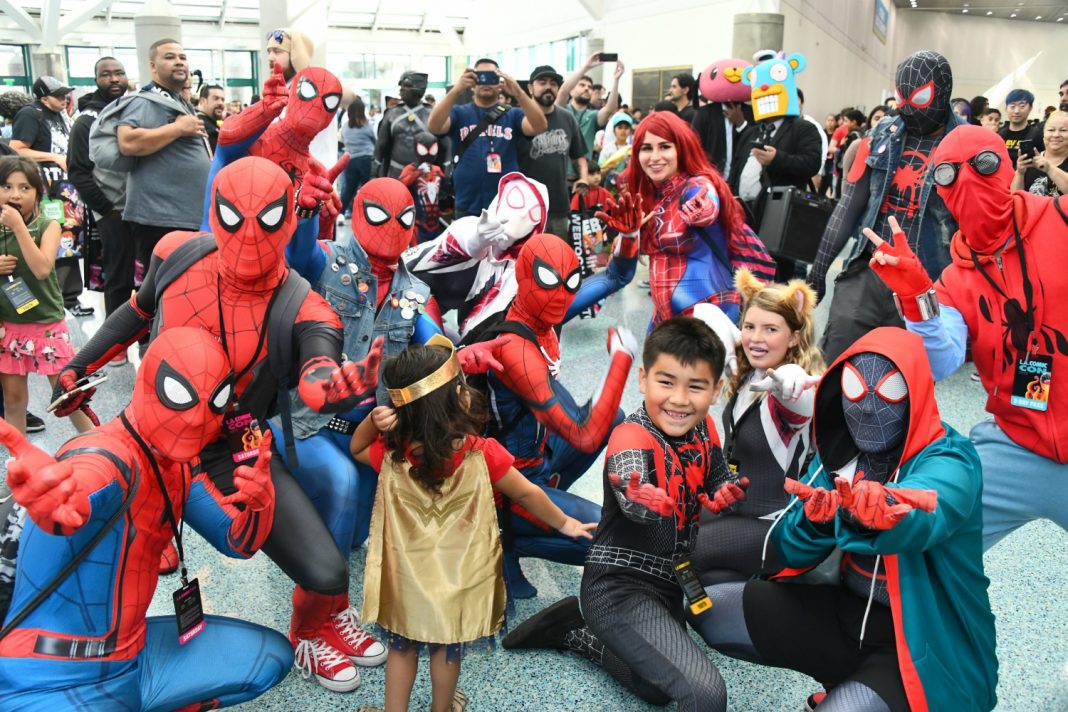 “I can’t tell you what a thrill it was,” says Chris DeMoulin, CEO of Comikaze Entertainment, reflecting on his time working with Stan Lee. “As a kid I was a comic book collector. I told him I sold my comic collection when I was in college to pay my tuition. I think he felt the legacy of what we wanted to create here was safe in our hands, because we were honest-to-goodness fans, not just business people looking to make a buck.”

Over the weekend, Comikaze-owned Los Angeles Comic Con—formerly Stan Lee’s Los Angeles Comic Con—took over the L.A. Convention Center for the ninth year. It was the first LACC since the prolific Marvel Comics scribe and annual convention headliner Stan “the Man” Lee passed away nearly a year ago, but the event was less a funeral than a celebration.

Joyful tributes to Stan’s legacy were in abundance: Fellow Marvel alum Rob Liefeld hosted a main stage panel dedicated to the comic book icon. A wall was erected where fans could scrawl posthumous messages to their geek-culture idol. A cosplaying toddler waddled down the booth-lined aisles wearing a glued-on mustache and Stan’s signature aviator glasses.

While many in attendance venerated Stan as a mythic figure, longtime Marvel writer and artist Jim Starlin remembers him as a lovable goofball. “One of my first jobs was to do layouts for other artists to draw the covers on,” Starlin reminisces between autograph signings at his booth in the Artists’ Alley section of the convention. “Every morning I would come in, get the Xeroxes, go through the different books, and then I would design the cover. Stan would come in around noon. It was always the same thing. He would look at the sketches and go, ‘terrific, terrific, terrific.” And then he would take off his glasses and put it on the chair behind him, and he would crawl up on the desk. Because Stan was a frustrated actor, he would act out how he wanted the Silver Surfer, or someone, to look like on the cover. I would sit there and wait. One out of every eight times he would get down off the desks and sit down on his glasses. He would immediately reach over to hit the intercom and he’d go, ‘Holly, I did it again!’ She would come walking in with a new pair of glasses and take the broken ones to the optometrist. That was one of my favorite memories.”

Starlin was the creator of Thanos, the primary antagonist of Avengers: Endgame, which featured Lee’s last big-screen cameo. Despite being a “frustrated actor,” Lee popped up in nearly every Marvel film, dating all the way back to the made-for-TV Trial Of The Incredible Hulk in 1989. Over the decades, Lee shared the big screen with myriad characters he conjured into existence, including Spider-Man, the X-Men, and the Avengers. The bulk of these Marvel movies were made possible because of 21st century CGI innovations.

“The special effects finally started to catch up with Stan’s imagination,” DeMoulin says,  “so you finally got some of these stories out into the world. That’s why it’s the most popular entertainment in the world right now. Ultimately that’s Stan’s legacy, that legacy of storytelling. you look back at the stories he was writing in the 1960s about tolerance, and diversity, and equality, and love, and accepting people for who they were was so groundbreaking at the time. And sometimes more relevant and poignant today. I think that’s why his stories resonate so much.”

One attendee for whom these stories resonated was Luigi Shiraga, an openly gay cosplayer and veteran of LACC. His costume personas include Lee creations including Mr Fantastic, and the X-Men Cyclops and Iceman. For the uninitiated, the X-Men are a group of mutants rejected by mainstream society who come together to build their own non-traditional family. It’s not hard to fathom why the LGBTQ community would embrace the man that birthed Marvel’s mutant masses.

“Comic book characters always fight for the underdog,” Shiraga says. “They are always fighting for tolerance. His legacy is to treat everyone with respect. It’s what heroes do.”

Benedict Cumberbatch Is Back—And In Six Movies At Once