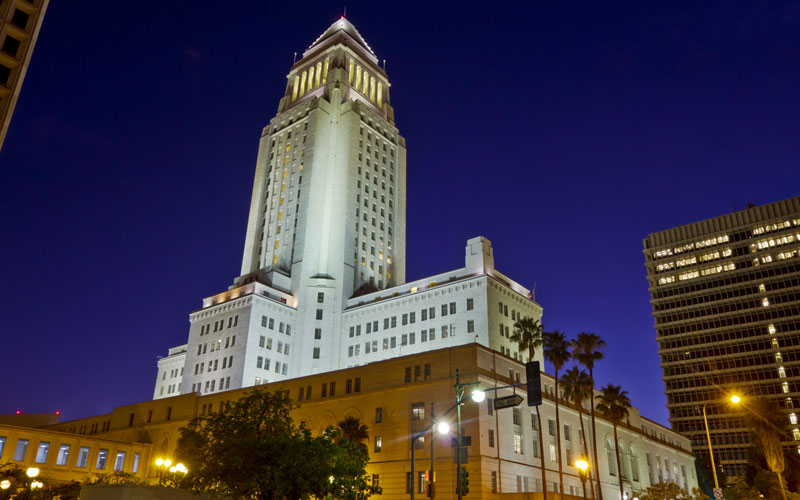 Election Day is nearing, and while you already know which candidate you want to make the least popular president of all time, maybe you’re not sure about the local ballot measures. That’s OK. Many people don’t think about local issues until they’re in the voting booth Googling to see what a county assessor does (answer: assesses) while trying to decide if the assessor shall be authorized to do something else (answer: maybe).

There are two county and four city measures on the November 8 ballot. Each one of them has a very catchy name like “Measure RRR” that explains exactly what it does (“RRR” being the sound voters make when they’re asked to fix the Department of Water and Power). Although the city makes sure to explain these ballot measures in common everyday language such as “levied annually per square foot” – or LAPSFMAO as the kids like to text – some voters may benefit from a little more information, hence, this guide.

Safe, Clean Neighborhood Parks, Open Space, Beaches, Rivers Protection, and Water Conservation Measure A
Pays for upkeep of parks and other public spaces that make this city a paradise on earth. Replaces an existing property tax, and the cost is comparable. Runs the average homeowner in L.A. (assuming an average home size of of 3,520 square feet) around $50 a year. On the surface, it all seems very reasonable, unless you hate clean public parks, in which case that’s more about you than it is about parks.

Los Angeles County Traffic Improvement Plan M
Sadly, Los Angeles has a public transportation system commensurate to a city with 1/16th our number of sushi restaurants. Plan M seeks to take our mass transit system from “embarrassing” to “possibly adequate” while also making other transportation improvements. The cost will be added to our sales tax, which is already so high it’s like what does another ½ cent even matter at this point – here, just take my wallet.

Proposition HHH: Homelessness Reduction and Prevention, Housing and Facilities Bond
Having tried everything else, the city will now attempt to give the homeless homes, which seems like maybe should have been the first idea. Under this plan 10,000 units will be built for the city’s chronically homeless, who will also be given access to much-needed health services and counseling. Housing will be paid for with a general obligation bond funded through property taxes that will cost homeowners an estimated $10 per $100,000 in property value. All in all, this is a bold plan that holds more promise than the usual stopgap solutions that the city will just keep stopping and gapping over and over forever if HHH fails.

Initiative Ordinance JJJ: Affordable Housing and Labor Standards Related to City Planning
Oh, boy. Here we go. A yes adds labor and building requirements for some residential development in order to, ostensibly, address the city’s affordable housing crisis. Buuuuuut adding costly labor and zoning requirements may result in less housing being built, and JJJ backers (the Los Angeles County Federation of Labor, affordable housing organizers, trade unions) have offered no analysis that says JJJ will increase affordable housing. You just gotta take their word for it. Boils down to: should development be guided by interest groups appealing to citizens at the ballot box, or should land-use planning come from the Mayor and City Council, who, in fairness to the JJJ backers, have been slow to address the affordable housing issue. Yeah. Right? Fun.

Charter Amendment RRR: City of Los Angeles Department of Water and Power
The Department of Water and Power, last seen charging little old ladies (and lots of other people) for stuff they didn’t use, needs a systemic overhaul. This is not that overhaul. This is a series of Band-Aids that could maybe help the utility improve management and efficiency.

Charter Amendment SSS: City of Los Angeles Fire and Police Pensions; Airport Peace Officers
Because nothing about LAX can be easy. Nothing. SSS lets airport police recruits enter the same pension used by the LAPD and LAFD while allowing current airport police to pay to enter the pension plan. Adds small increase to the city’s already-substantial pension burden, which now accounts for 1/5th of the general fund. Has some administrative benefits from increased uniformity. Oddly, SSS does not have the support of the airport police union that negotiated it because the amendment mostly addresses recruits and not current officers. It also does not have the support of the LAPD. So, to recap, the union does not support it, the union it would merge with doesn’t support it, and it would not reduce the city’s massive pension woes. All this snarl. It’s like a metaphor. For something.

Joe Donatelli is Senior Writer at Los Angeles magazine. You can follow him on Twitter @joedonatelli and Facebook. He wrote If I Die in This Whole Foods Parking Lot: A Letter to My Family.

How Are the City Council Races Shaping Up? An Early Look at the Fundraising Figures