Home Celebrity The Daughters Lori Loughlin Allegedly Committed Fraud for Would Rather Be Influencers... 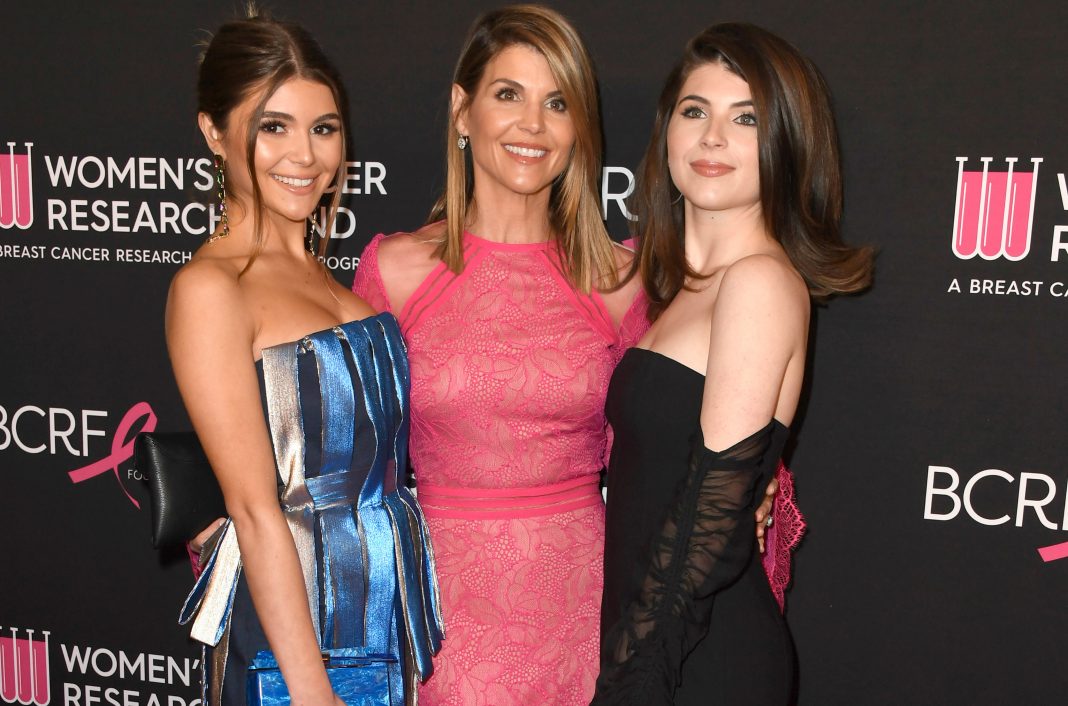 Some young people spend their high school years toiling away, striving to make the good grades, high test scores, and lengthy list of approved extracurricular activities that, altogether, might give one a slim shot at admission to an elite college, assuming they happened to be on the top of the stack of thousands of other identical type-a teens. Or you could live the true American Dream of building a really dope social media presence and getting into school based on the bribery and fraud of your wealthy parents.

The progeny of Lori Loughlin and Mossimo Giannulli went with the latter option. Olivia Jade, 20, and Isabella Rose, 19, did not waste their time locked away in libraries or pouring over SAT prep manuals. College wasn’t really a priority, and, after all, their actress mother never attended college, and apparently that worked out well enough for the family that it wasn’t hard to find $500,000 in spare change to allegedly pay off a corrupt USC athletics recruiter. Instead, these girlbosses went out and did exactly what girlboss culture tells young women to do: they went to work on their brands. 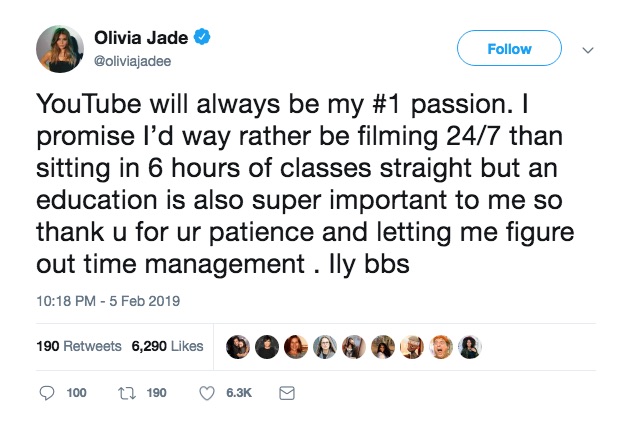 Olivia Jade’s platform of choice is YouTube, where she accumulated nearly 2 million followers before today’s news broke. The prolific vlogger shared her fashion tips and offered insights into her rarified life. Around the time she started at USC (she was a week late to campus due to a trip to Fiji), she parlayed her YouTube success into brand partnerships that included Instagram posts and working her corporate patrons awkwardly into interviews she gave to the press. As writer and Fyre Festival documentary producer Gabrielle Bluestone noted on Twitter, she appears to have just been doing her part to pay back into the family slush fund.

Prior to starting at USC, she told podcast host Zach Sang that she would be attending “mostly because my parent really wanted me to go,” NBC News reported. In one of her YouTube videos, she stated, “I don’t know how much of school I’m gonna attend. I do want the experience of, like, game days, partying. I don’t really care about school, as you guys all know.”

Her sister, Isabella Rose or @bella to her quarter-million Instagram followers, is the more low-key sister overall. Not that she’s not putting in work; she’s a professional actress. So professional that she has already appeared in two different made-for-TV Christmas movies, including one which co-starred her mother (though surely no nepotism was involved in the casting).

Since nothing amuses the internet more than the embarrassment of rich people–especially if they’re going to make it as easy as Olivia Jade has–there’s been plenty of reactions going around.

If you told me Lori Loughlin’s daughter wasn’t real but instead a compiled average of every Instagram lifestyle influencer’s face, I’d have no reason to doubt you pic.twitter.com/leXtLE1XuV

Mossimo Giannulli, Lori Loughlin's husband, wrote in an email that he wanted a successful roadmap for his daughter that led toward "getting her into a school other than ASU!" https://t.co/zVbmH44s1j via @azcentral

RELATED: Felicity Huffman and Lori Loughlin Among High-Profile Parents Charged with Cheating to Get Kids Into College