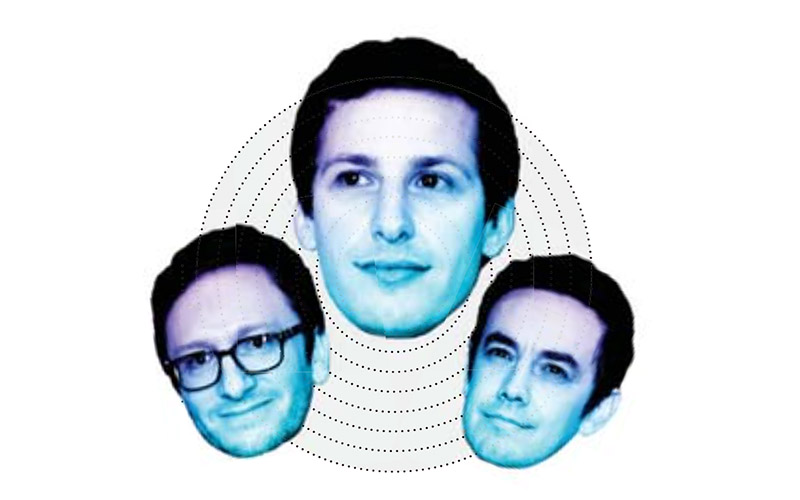 Andy Samberg, Akiva Schaffer, and Jorma Taccone have been collaborating as The Lonely Island since 2000. This week, they launched their newest series, Alone Together.

BASED OUT OF: New York and L.A.

HOW THEY GOT STARTED: The trio launched their eponymous website in 2001. A week after YouTube launched in 2005, their SNL digital short “Lazy Sunday” went viral (2 million views) before that was even a thing.

THE TV SHOW: The Islanders are behind Freeform’s Alone Together, about two platonic best friends who must navigate being young and awkward in L.A. Plot lines include pool parties and homemade music videos (we’ve all been there).