Home Activism Local Toy Company CEO Lashes Out at Influencer on Twitter: ‘You Are... 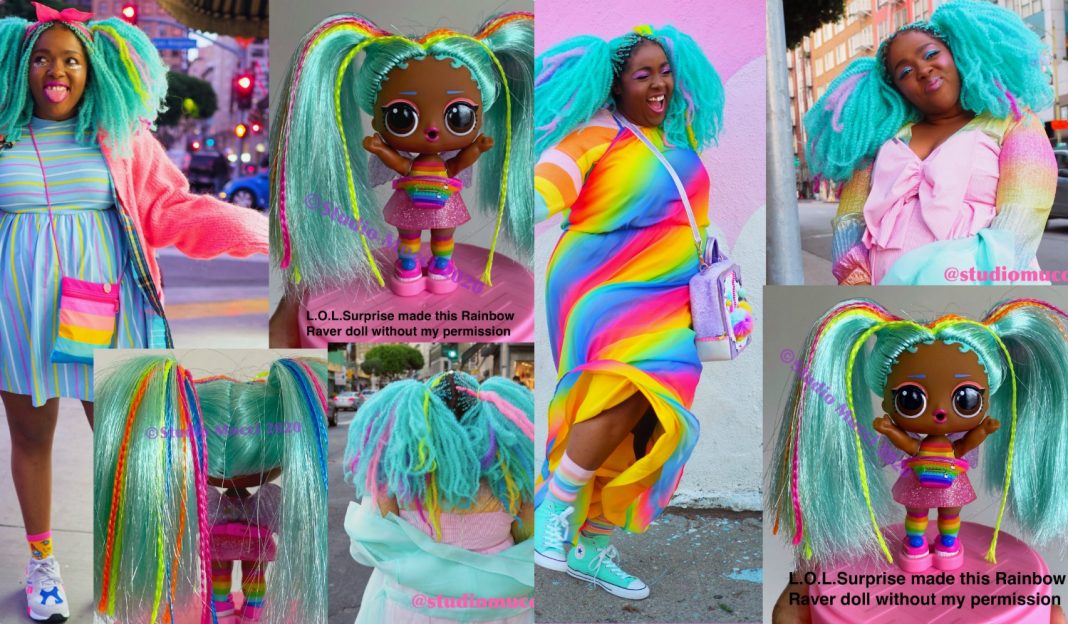 Rainbow outfits and big, colorful hair are signature looks for L.A. creative Amina Mucciolo. The influencer and entrepreneur has grown a sizable audience since launching her brand, Studio Mucci, in 2011. Fans follow along for her vibrant colorful and decorating style, and global brands like IKEA and Urban Outfitters have partnered with Studio Mucci on products, collaborations, and campaigns–but it’s a brand she did not work with that has thrust Mucciolo into the news cycle recently. Recently, she called out Van Nuys-based MGA Entertainment over an LOL Surprise doll that, she feels, looks suspiciously similar to her. When her posts set off a snowball of Twitter support, the company’s CEO responded in a way that alarmed many who saw the posts.

Mucciolo says she became aware of the LOL Surprise doll, known as Rainbow Raver, after it hit stores in July 2019. Her fans sent her photos of the toy–some because they mistakenly assumed it was an official collaboration, and others because they were concerned that Mucciolo’s likeness may have been used without her knowledge.

“The first few times I saw it I was kind of in shock,” Mucciolo says. “The first thing I noticed was the exact replica of a hairstyle I did to celebrate my 35th birthday. It was aqua with rainbow highlights and it was shocking because the hairstyle was the result of my imagination and leftover hair I had from the previous style I wore. I didn’t have a visual reference or anything, so it was disturbing to see something that came straight from my mind, to be duplicated on a toy that I had no part in creating. Once I was done reeling from the hair, I noticed all of the other similarities.”

While she held back on calling out the company for nearly a year, it was a post by another MGA Entertainment doll brand, Bratz, that finally pushed her to speak out. In the highly praised post, Bratz asserted strong support for the Black Lives Matter movement. When Mucciolo saw the post, it struck her as a somewhat hollow gesture given her personal experience.

“This sort of thing happens to Black creatives more than you could possibly imagine and we are tired!” Mucciolo wrote in comments accompanying a Go Fund Me page she has established to help with legal fees. “LOL Surprise, you are not special or inclusive simply because you are keen to make money off of Black children and their families. If you really champion inclusivity and actually care about Black people, prove it by making this right!”

In a series of now-deleted tweets, MGA Entertainment CEO Isaac Larian responded directly to Mucciolo’s complaints, accusing her of extortion, defamation, and fraud, and calling her a “#Disgrace to black people and the #BLM cause.” 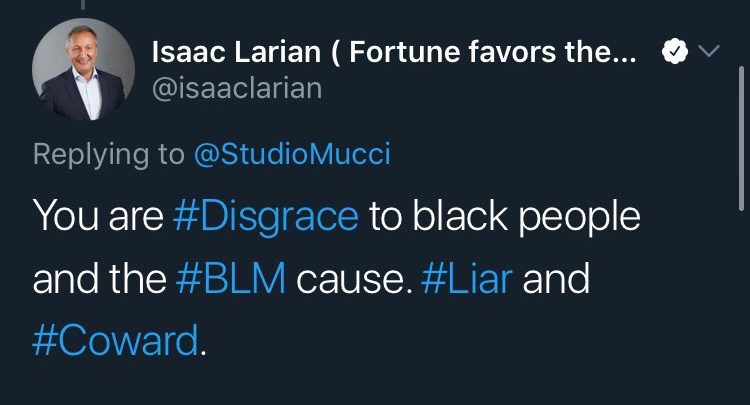 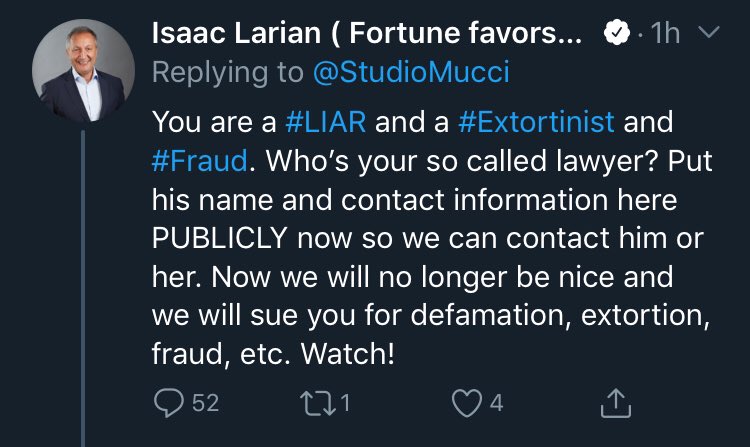 Amid backlash to his aggressive response, Larian has now deactivated his personal social media accounts entirely. In a statement captured by BuzzFeed prior to the deactivation, he attempted to walk back his response, writing that “I don’t know @studiomucci personally, and my reaction was solely based on the allegations which we looked into and found were false. The words I used came from frustration because her actions are attacking the products and integrity of people I care deeply about. I was wrong for that.”

Last year, Mucciolo was involved in a different high-profile dispute. When Hotels.com teamed up with Lisa Frank for a pop-up in an L.A. apartment, Mucciolo pointed out that the Frank-inspired space bore certain resemblances to her own apartment, which she’d documented online. Just as the pop-up took place, Mucciolo and her husband faced eviction from their own unit.

While she says she was intimidated about speaking up about the LOL Surprise doll and its similarities to her aesthetic, she looked at it as conquering a fear.

“These giant corporations have teams of lawyers and inexhaustible resources and will not hesitate to crush me,” she wrote on Instagram. “I lived in constant fear that anything new I created would be stolen and that my life would be ruined if I spoke up about it, so I just stayed silent. But what did I accomplish by dimming my own light? Staying silent didn’t ease my fear. Staying silent didn’t save my ability to make money. All it did was serve the very people who stole from me.”

An official response to Mucciolo posted on the company’s account does not address Larian’s comments, but focuses on a timeline of Rainbow Raver’s development. In the post, the company asserts that initial versions of the design were in progress as early as summer of 2018, and that Mucciolo did not post photos of herself with the specific aqua pigtails hairstyle until November of that year.

In response to recent allegations by @StudioMucci regarding #LOLSurprise, we want to clear the air. pic.twitter.com/GKYXBfaUqO

Mucciolo notes that she has not been provided anything to substantiate the company’s stated timeline of the doll’s production, and asserts that the company was aware of her and her work.

“The company hired me to appear on an interior design show for kids they produce,” she says. While she was reticent to take the April 2019 assignment, she ultimately felt convinced to participate because, she says, “they expressed that they absolutely had to have me, no matter what, so I pulled it together and did the job. Little did I know that they were planning on releasing this doll shortly after my appearance in the video.”

MGA Entertainment was contacted regarding this story, but did not respond to inquiries prior to publication.

RELATED: Hundreds of Artists Have Come Together to Say ‘Fuck Trump’