Home Music This Gorgeous Vintage Masonic Lodge Is About to Be L.A.’s Next Big... 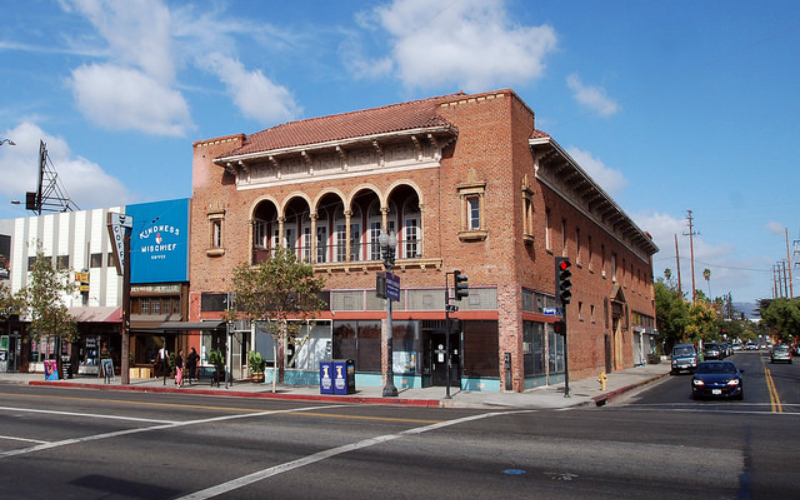 Highland Park is getting another exciting concert venue. And the decked-out Lodge Room, with a capacity of 500 concert-goers, might just be one of the prettiest places to see live music east of downtown.

The building, rich in vintage details from ceiling to floor, all lovingly updated by the Lodge Room team, was built in 1923 to serve as an actual Masonic Lodge. And while Freemasonry has kind of become less of a thing, the buildings they left behind have been turned into some pretty cool cultural spaces like the Masonic Lodge at Hollywood Forever Cemetery, now used to host concerts and events, and the lodge which recently became the home of the Marciano Art Foundation.

There is also a hidden trap door, because Masons.

On stage, you’ll find music curated by Sid the Cat, the local concert-throwing duo of Kyle Wilkerson and Brandon Gonzalez who’ve heretofore been without a permanent room. If you’ve caught a show at the Highland Park Ebell or seen their name on a listing at Teragram Ballroom, you’ll have a sense of the eclectic taste at play. Wilkerson also oversees talent buying at the Bootleg Theater. An initial schedule of shows includes Bedouine on December 9, The Album Leaf on December 15, and Black Marble on January 12, though a representative for the venue says they may open as early as November.

In addition to the concert space, the building will also feature a full-service New American restaurant, Checker Hall, described as a space for “fun, tasty neighborhood eats, draft beers, and cocktails.”

Lodge Room is located at 104 North Avenue 56 in Highland Park. Keep an eye on the venue’s website for updates on an official opening date and other details.

RELATED: This Immersive Mansion Party Has New Musical Experiences Behind Every Door