Home Media Live Storytelling Magazine Pop Up is Back in L.A. 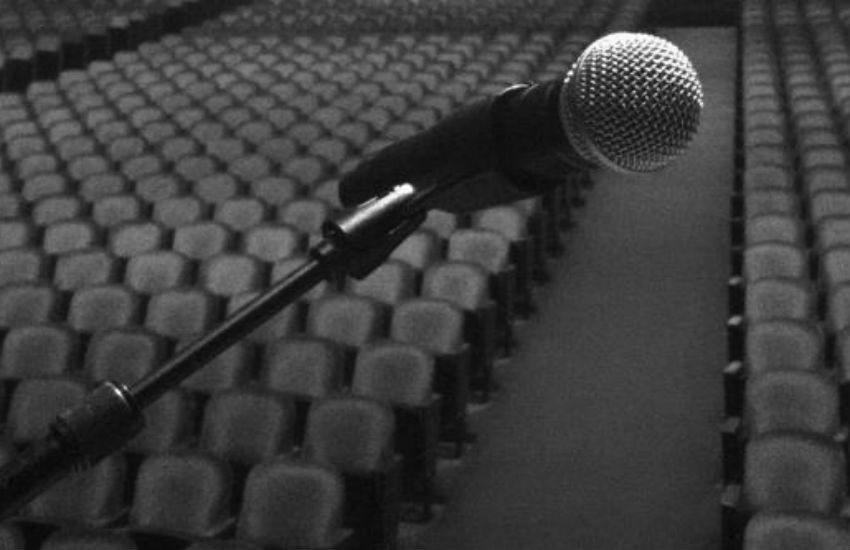 “It’s best described as a live magazine,” says Pop Up Magazine senior editor Pat Walters, about the new storytelling project, which is back in L.A. this Sunday night at the Ace Hotel downtown. “The idea is simply that we take the stories we like and put them on stage.” Thirteen contributors including singer-songwriter Dawn Landes, photographer Alec Soth, New Yorker staff writer Dana Goodyear, NPR’s The Kitchen Sisters, Oscar-nominated filmmaker Sam Green, Radiolab’s Latif Nasser to name a few will read and perform at Sunday’s event.

Pop Up Magazine started five years ago in San Francisco and is an off-shoot of California Sunday Magazine founded by Editor-in-Chief Douglas McGray. “Live magazines didn’t exist before this one. We get talented journalists to go on stage and read an unpublished story. It’s like a sneak preview and it’s typically never recorded, so it’s a real in-the-moment kind of experience,” says Walters. “We started in small theaters and ended up at the San Francisco Symphony Hall a couple of years ago where we did a show with Beck. It’s grown tremendously ever since.”

In addition to storytelling Pop Up Magazine seeks to create a broader experience by incoporating music. Singer-songwriter Dawn Landes will be there to premiere music from a musical she is working on in addition to the background music composed by the Magik*Magik Orchestra.

“Ultimately, Pop Up Magazine is about asking what live journalism means,” Walters says. “We’re trying different approaches. Last year, we set up a Pop Up restaurant with storytelling focused on the food being served; where it is from, what stories it tells us.” The goal is to always surprise people and keep things fresh.

“The show is driven by great stories. They’re not talks or readings, they’re stories. Audiences are exposed to things they don’t expect. We cover a whole range of topics, from dating and the life of bees to revolutionary development in the study of autism and the legacy of Louis Armstrong.”

Check out the schedule below:

Pop-Up Magazine Is Back with a Big Post-Pandemic Lineup