Home comedy From Comedians to Actors, L.A. Performers Are Figuring Out Life without a... 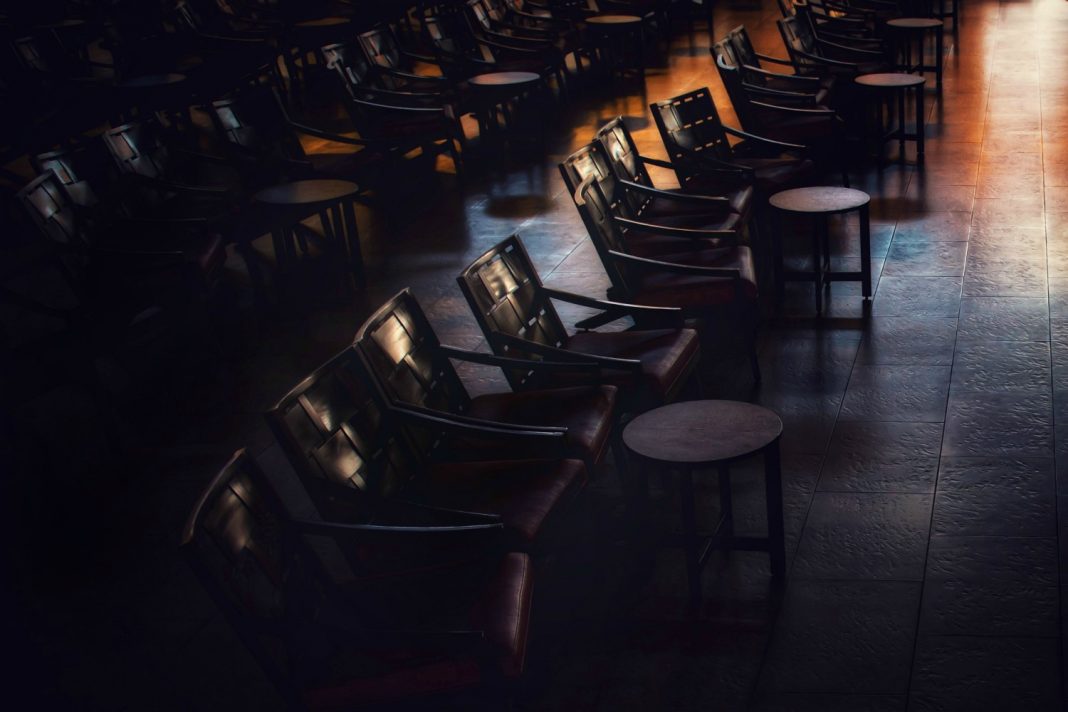 Last Thursday evening, as governor Gavin Newsom announced a statewide directive ordering Californians to stay at home, local performers who rely on audiences for their livelihood had already begun grappling with a new reality.

For Adam Newman, a comedian who estimates that 90 percent of his income is from live comedy shows, the cancelation of all his gigs for the foreseeable future (a set in San Jose, one for TV, and a months-long residency in Las Vegas) has left him searching for other ways to make money. He recently tweeted that he would send a download code for his new comedy album in exchange for a Venmo donation. “I made a couple hundred bucks right there,” Newman says of the tweet, but “I would have made a couple thousand dollars on the comedy club weekend.”

Newman, who lives with his (steadily employed) girlfriend, admits that he’s lucky. “I would obviously love to be contributing my half of the rent and bills and all that stuff,” he explains. “But, as far as comedians who make all their money live touring, I’m personally lucky that I live with another person who’s able to cover me while this is happening. If you cut to me six months ago, I lived by myself in an apartment and I would be completely screwed.”

Actress Lea Madda had been supplementing theater and on-camera work by teaching theater at UCLA, and picking up shifts at a restaurant downtown. Now, all shows, rehearsals, and auditions have been canceled for the foreseeable future, her contract with UCLA has ended, and the restaurant is making deep cuts to its staff amid the city’s temporary ban on in-house dining.

“Right now I’m on savings,” Madda says. She also applied for a grant from the United States Bartenders’ Guild emergency relief fund, “but I’m still a little unsure if it was the appropriate thing for me to do,” she admits, referencing her savings and one final check from UCLA still on the way. “I just have this feeling that this is all going to go on for multiple more months than we’re thinking right now.”

“I did have two gigs canceled this month, which is almost $2,000 gone,” Scott Worthington, a professional musician, composer, and artist teacher at the University of Redlands says. Worthington also cited additional last-minute gigs—”sub for this or that, play a wedding”—that he expects to disappear as well. “So, that’s an unknown loss,” Worthington noted before adding that other musician friends have seen canceled gig losses for the month total $10,000 or more.

“It’s all completely dried up,” Eric England, a full-time bassist, says of his monthly gigs. “You know, if this goes on for a couple of months, I’m really not sure what exactly is going to happen.” As England explains, beyond the shows and residencies canceled around L.A., entire tours have been called off and that income has evaporated. “So, the in-town competition is probably going to be pretty insane when things open back up,” he says.

Newman is also predicting an increase in competition once live shows can resume. “I’m worried a lot of comedy clubs, without assistance, are not even going to be able to stay open and they won’t be an option to perform at,” he says. “And I’m worried that once everything is back up and running, [the clubs] are going to be understandably desperate to make-up time they weren’t making money. So, they’re going to be bringing on, bigger-name, bigger-draw comedians to sell more tickets and recoup lost money.”

Where does this  up-and-coming comedians? “The relatively known comedians, they’re struggling,” Newman continues, “but the ones you’ve never heard of are struggling pretty hard as well.”

“People that aren’t immediately finding the success that they were hoping to, it’s kind of backing us into a corner where we’re having to reconsider things in a more profound way than we should have had to consider them,” Madda says. A friend “made this comment to me that there’s a lot of need for online tutors right now. But I’m not looking to just scoot into another gig-based, inconsistent job. That’s not a fix either.”

This place has taught me so much and is one of my usual ways to get it of the house after working from home in normal situations. Help the staff survive their layoffs. https://t.co/PZyQtvUZ34

Darrian O’Reilly, a dancer-choreographer, has seen all performances and rehearsals disappear. However, as a dance instructor at East Los Angeles College, she has moved all her instruction online. She’s among the lucky ones; dance teachers in private studios or after-school programs may find it more difficult to transition to virtual instruction.

“They don’t have that ability to go online,” O’Reilly says. “They just lost all their income.”

The shift online is good for O’Reilly in the short term, but she finds it worrisome: “I’m nervous that studios just won’t be able to keep up with costs, and then all these online programs will build in popularity.” She’s concerned about theaters as well.

“Part of me thinks that we’ll all be so starved for performance that audiences will be really excited to go,” she explains. “And another part of me is worried that there will no longer be a home for performances if everything closes.”

Even though the performance scene has been all but shut down, performers haven’t gone silent. According to Madda, actors have been posting themselves reading monologues or singing. England notes that musicians have been jamming together online and sending recordings of themselves back and forth to stitch together music.

Among comedians, “people are trying to do these online comedy shows, which is interesting,” Newman concludes. “I’m curious to see how that evolves.”

RELATED: How Is L.A. Enforcing Its Bar and Theater Shutdown?