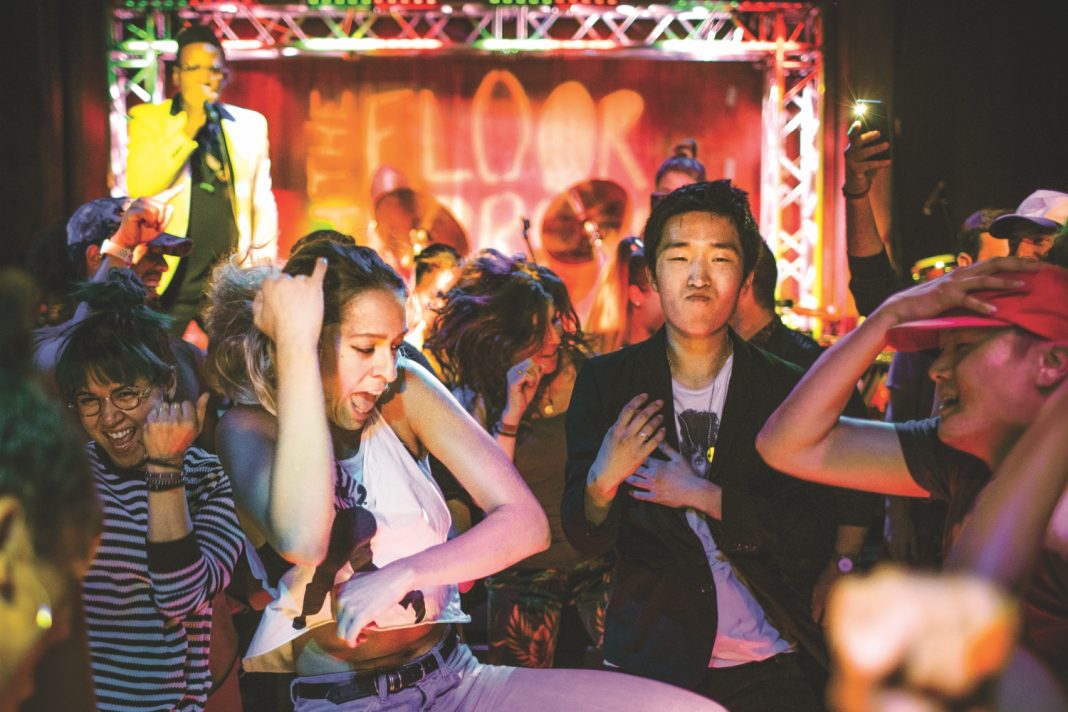 Once a fairly simple beast, the music scene in L.A. these days is like so many other things in this microcosm we call home: staggering in its variety.

For our annual Best of L.A. photo blowout, we wanted to take a core sample of that variety, so we called on a team of photographers and sent them out to capture performers and onlookers doing their thing. We didn’t know what they’d find; really, we just hoped to see L.A. in all its glory. They came back with a collage of styles and cultures and traditions stretching from spiritual Sikh hymns to spiraling punk to spicy Cuban dance music, with stops along the way at norteño classical, and beyond.

It’s a wide swath of musical terrain that is but a fraction of L.A.’s massive soundscape. Yet look closely at the grimaces and smiles, the squints and the thousand-mile gazes of musicians and listeners, and what you might see is a recurring theme: people taking a break from the day-to-day as they ride the fathomless sea of human emotion together. It’s a shared experience that we don’t always even know we’re sharing. And in a lot of ways, that’s the very essence of what living in this great big experiment called Los Angeles is all about. > Text by Isabella Antonelli, Anya Bayerle, Eric Mercado, and Matthew Segal

Georgia-born, Seoul-based K-pop singer Eric Nam sold out his June 5 show at the Fonda Theatre. Screaming fans from a cross section of L.A. held signs in Korean and English as well as cutouts of the singer’s face. “This was my first show in Los Angeles and the first stop of my 16-city tour, so this felt very special to me,” says Nam. “It’s a dream to sell out the Fonda, and I hope to be back with new music very soon.”

Juan Del Diablo y Sus Fantasmas are regulars at La Sierra, a restaurant and nightclub in Panorama City that sees more than 500 patrons on weekends. “We play the hard-core norteño,” says vocalist and guitarist Juan Flores (left), whose band performs originals and covers on request. “We give the people what they want.” Fans can now get something else they’ve wanted: Juan Del Diablo just released its first album.

Bhupinder singh Rangila leads a group of musicians who played earlier this summer at local gurdwara Hollywood Sikh Temple. Based in Chandigarh, India, he plays the harmonium, a pump organ, and specializes in kirtan, a music that is considered devotional, spiritual, and transformative. “I send a message about Sikhism through my kirtan, which I have performed all over the world in various gurdwaras,” says Bhupinder singh.

Rehearsing Ravel’s Bolero with the rest of the Inner City Youth Orchestra of Los Angeles, (from left) Solomon Leonard, Jabari Williams, and Hannah Innis prepare for the annual performance at Walt Disney Concert Hall. Executive director and conductor Charles Dickerson founded the orchestra in 2009, accepting students “regardless of ability to play or pay,” and he’s held fast to his commitment to teach pieces in all of their unsimplified complexity.

Dancers (from left) Margarita Chumak, Adrian Elizondo, Assieh Sabet (stage name: Assieh La Mora), and Paco Vera put on a show at Silver Lake’s El Cid. Opened in 1962, the restaurant hosts flamenco dinner theater every Saturday night, showcasing the traditional Spanish art form in which the music follows the dancers. “It’s hard to put into words, but when I saw for the first time a flamenco performance—the guitar and singing and dancing, it became magical to me,” says Sabet.

“Dancers give us energy by bringing the music we create to life. They’re our greatest motivation when we play,” says Bobby Wilmore (center), a percussionist for the band SitaraSon, seen here at the Caña Rum Bar in downtown L.A. On congas, the Havana-born Lázaro Galarraga has played for most of his 75 years.

Florida native Greg Cipes (center) was a professional junior surfer before amassing a long IMDb bio for his voice acting and onscreen work. He leaves it up to “divine intervention” to find new musicians for his loose-knit Cipes and the People, which plays a live soundtrack of sorts for the Sunday Venice Basketball League game. As for the Venice music scene, he says, “It’s gone from a little light to a big bonfire.” 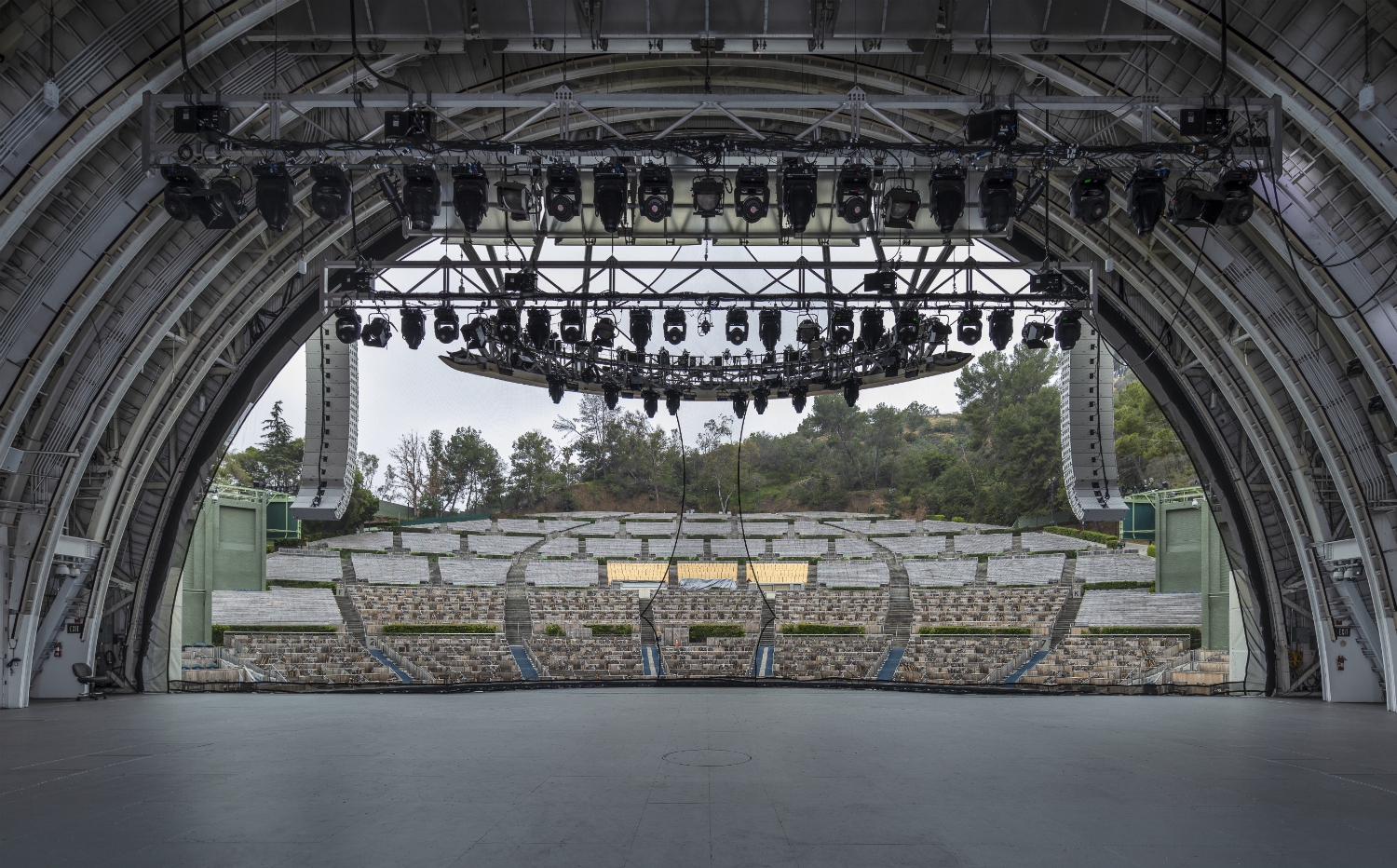 “Paul Simon was coming that week for his farewell tour, and it would be the opening salvo for the hectic summer season,” says photographer Matthew Anderson, who was somewhat awestruck while shooting the Hollywood Bowl, a venue that has seen more than a century of famous performers. “From here—the lotus of seats, splayed out and waiting to be blessed with music—it’s easy to see what makes this place so special. It will forever alter your expectations of what a concert can be.”

Street Play often has gigs at downtown’s all-ages the Smell. With influences that range from Nirvana to the Dead Kennedys to Chuck Berry, drummer Jake Pavlica, bassist and vocalist Ashla “Razz” Razzano, and guitarist and vocalist Jenna Reynoza try to avoid sticking to any single genre, though the teenagers will settle for being called a grunge-punk band. “Punk is so accessible to young people, especially in live settings,” says Pavlica. “It’s music that gets people moving and translates such great energy.”

Over the past 27 years, Jersey-born and Minnesota-bred Tex Troester has played more than 900 shows in Los Angeles with the Groovy Rednecks. “We’re more classic country—not the crap you hear on the radio nowadays,” he says. When he’s not fronting the band, Troester is a delivery driver for Project Angel Food, which provides free meals for those who are too sick to shop or cook for themselves.

MC KG Superstar holds the stage while Doria Levit (second from left) lets loose with the rest of the crowd at the Floor Improv Night. The monthly event raises funds for the Open Floor Society—a nonprofit dedicated to bringing improvisational movement, dance, and music to underserved youth—so each date is unique. For photographer Tim Hale, the night was “just the craziest cool thing.”

Birmingham, Alabama, native Stefan Crane (center) moved to L.A. in 2016. “Of course L.A. is the pop music center of the world, but it’s so easy to take a left turn into a soul-expanding jazz night or a raging punk show,” he says. At this set, Crane and his band perform in Culver City for Sofar Sounds, which puts on “secret” shows at unexpected venues around the region.

A fixture at the Dresden Room Lounge since 1982, jazz-centric Marty and Elayne hold court from 9 to 1:15 five nights a week. While Marty Roberts switches between upright bass and drums, his wife of 44 years hops from flute to piano and synth, sharing vocal duties. “We try to make it happy, and we try to make it swing,” says Marty. “It’s got to come from the heart. A friend said, ‘You create another world, and when you walk outside, it’s gone.’”

Lil John Dantzler (pictured) and Hazel Brooks are regulars at Bell’s Blues Workshop. An Alabama expat, Franklin Bell moved to L.A. in the ’60s and, decades in, began hosting friends in his converted garage in South L.A. for Sunday jam sessions. “It don’t take no big crowd,” says Bell. “It takes a few people that you can get together, and if they can get some joy and they can spread that as they go through life, it makes a difference.” House band guitarist Dantzler has been playing clubs since he was a boy in Mississippi. Brooks is married to the band’s drummer. “It’s a party place where everybody’s nice,” she says of the Workshop.

For more than five decades Santa Monica stalwart McCabe’s Guitar Shop has been hosting musical acts in its back room, including Billy Bragg, PJ Harvey, Beck, and hundreds of others. Photographer Art Streiber caught the Molsky’s Mountain Drifters, seen here in the smartphone monitor of the mixing board.

To mark the end of each Shakti Fest in Joshua Tree, all the musicians who performed over the course of the four-day yoga festival gather to chant hymns from the yogic tradition. “They’re musical journeys,” says Govind Das (lower right), who runs a Santa Monica yoga studio with his wife. “They’re sometimes 20, 30 minutes per song…. It becomes a musical prayer.”

David Diaz (left), Marcus Clayton, and Chris Page (on drums) met when they were tutoring at Los Angeles City College’s English Writing Center, so when they decided to form a band, the name was easy: Tudors. “We haven’t found our specific ‘scene’ per se, and we like that,” says Clayton, who goes by Henry de Ayth. Here, the Long Beach-based trio plays at Fullerton’s Programme Skate & Sound.

What’s On in L.A. This Weekend: My Chemical Romance, Witch!, ArtNight Pasadena