When Little Richard died this spring at the age of 87, he left behind not only a brilliant musical legacy, but also a fashion one. Richard was born in Georgia but lived in Los Angeles during the height of his career. On December 1, Julien’s Auctions will sell off his personal artifacts at their Icons & Idols sale in Beverly Hills. The lots include original sheet music, candid photographs, signed contracts, and more than a dozen over-the-top stage costumes from the 1960s and ’70s. Little Richard told interviewers that he dreamed up the outrageous getups and had them fabricated.

As we head into the stage of quarantine that has us seriously considering a bid on Little Richard’s wigs, we asked costume designer Susan Matheson, who has created outlandish period fashions for films like Anchorman 2 and Semi-Pro, to help us wrap our heads around what we’re seeing here. “I apologize for being so silly,” she told us from a film set in Boston. “But I’m sleep deprived coming off an 18 ½ hour day.” 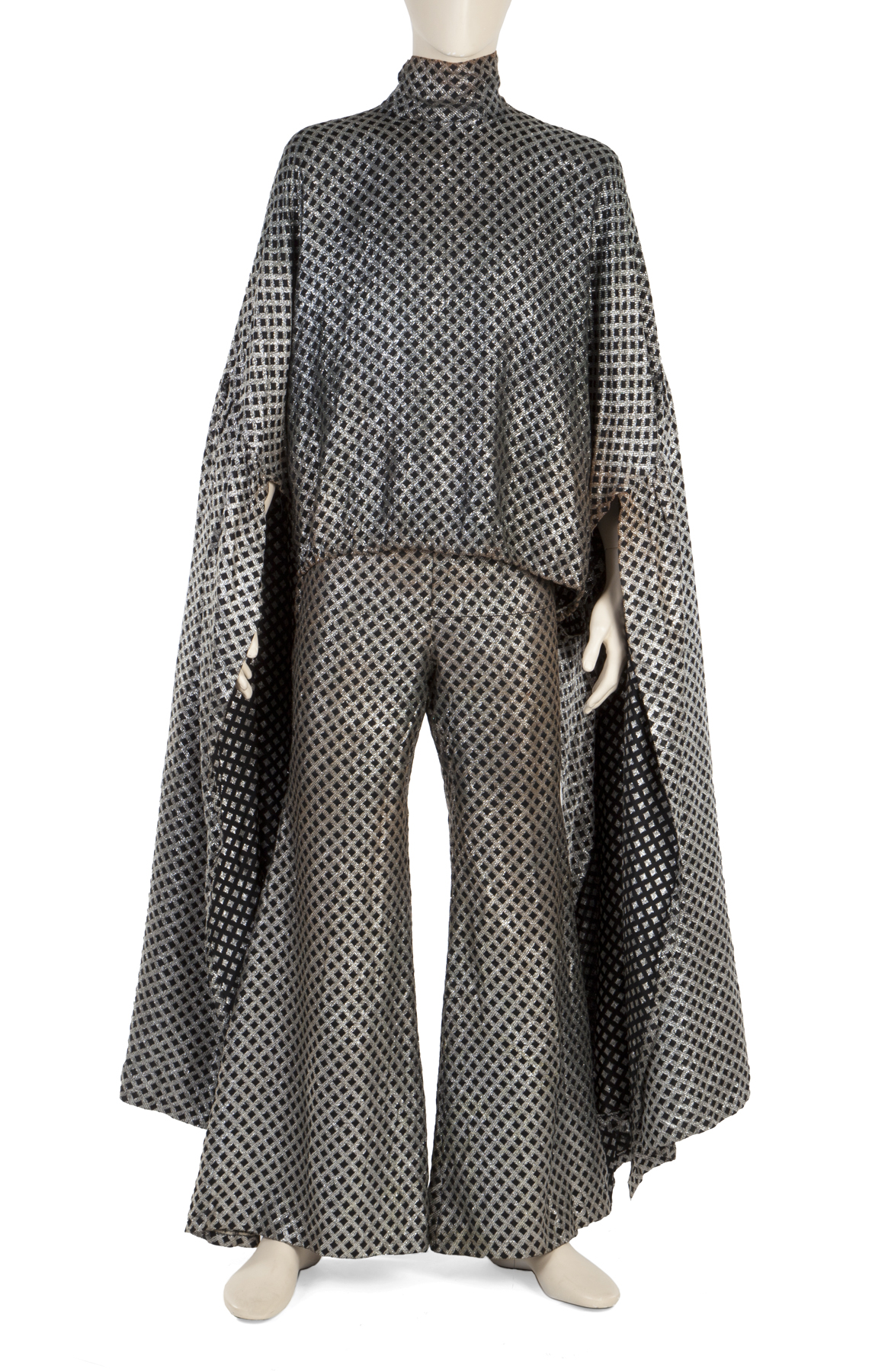 “I’d like to wear this right now as a kind of Star Wars meets Yohji Yamamoto. It has the austerity of Yohji with a little bit of Liberace and some Cher with those super wide bell bottoms. With that cape and a high mock neck this has a feeling like you could flap your arms and take off—and you wouldn’t need Wonder Woman’s invisible jet.” 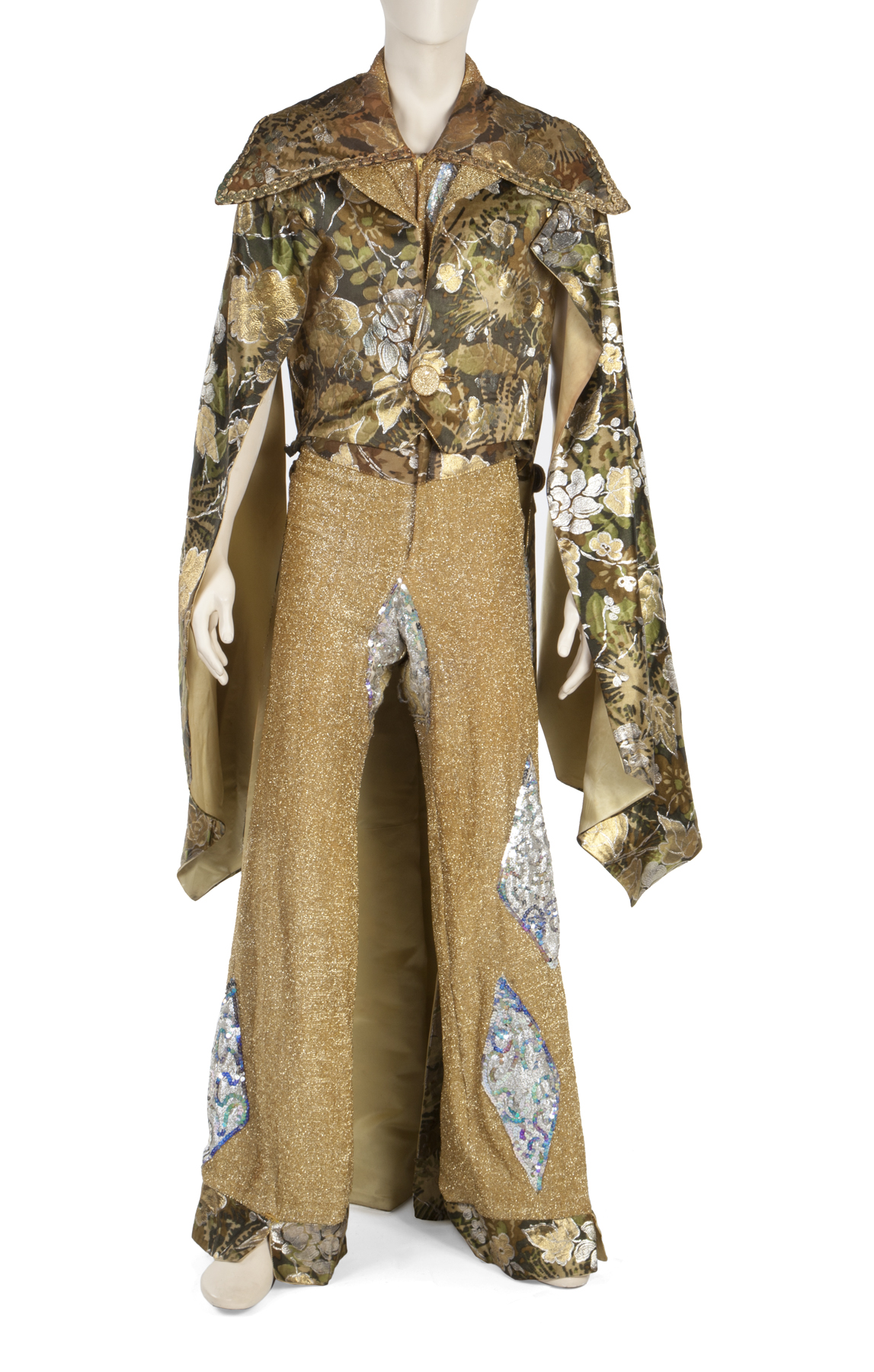 “What the hell are those sleeves? This is definitely an outfit for a kept man because you’re not going to be doing any housework in those sleeves. You just have to be gesticulating wildly. More importantly, I want to know what is going on with that silver sequined crotch. You wouldn’t necessarily want to draw the eye directly to the crotch, but this is indicating it is a very special place for Little Richard. It’s almost like a signpost. I’m assuming he had a lot to show off otherwise he wouldn’t want to display it.” 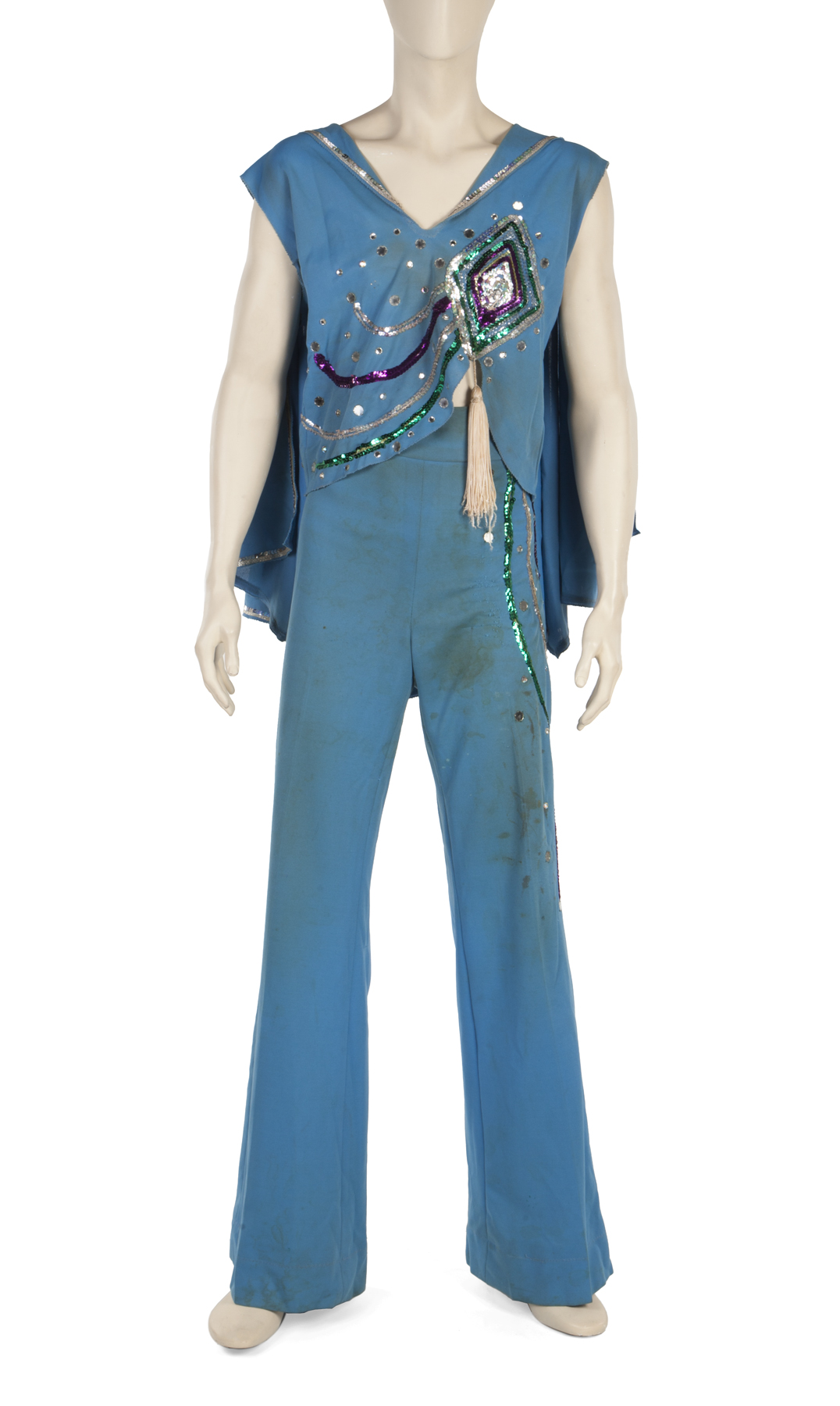 “I don’t know if he was eating spaghetti with too much sauce or what he was up to, but why did nobody ever clean these costumes? After one of the actors in one of my films wears something we clean it! Here you still have a full complement of schmutz. If something fell on my clothing, I wouldn’t let it sit for 60 years. All I can say is that you could definitely clone a whole bunch of Little Richards from these clothes. I’m more and more certain of that. Is the buyer going to take it to the cleaners now or leave it like that? I don’t mind a little makeup stain but this one is over the top.” 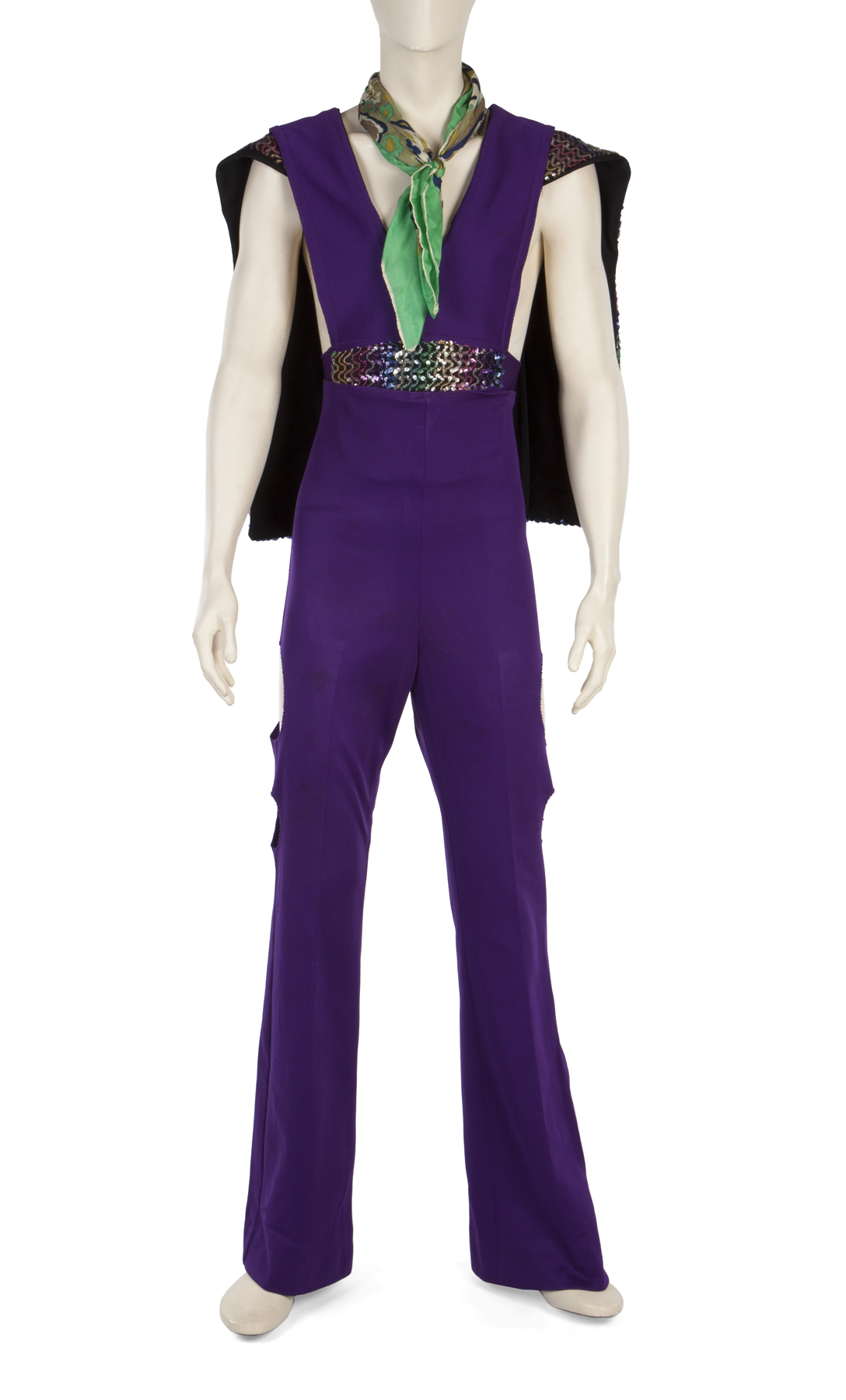 “This is straight out of Japan. Maybe he went on tour there? Those are Hakama trousers and a Kataginu vest with broad winglike shoulders. You’ve also got a psychedelic rainbow flag on the back, so it’s a Samurai outfit to wear to a rodeo, but you must be on the bucking bronco with those Samurai sleeves flying behind you.” 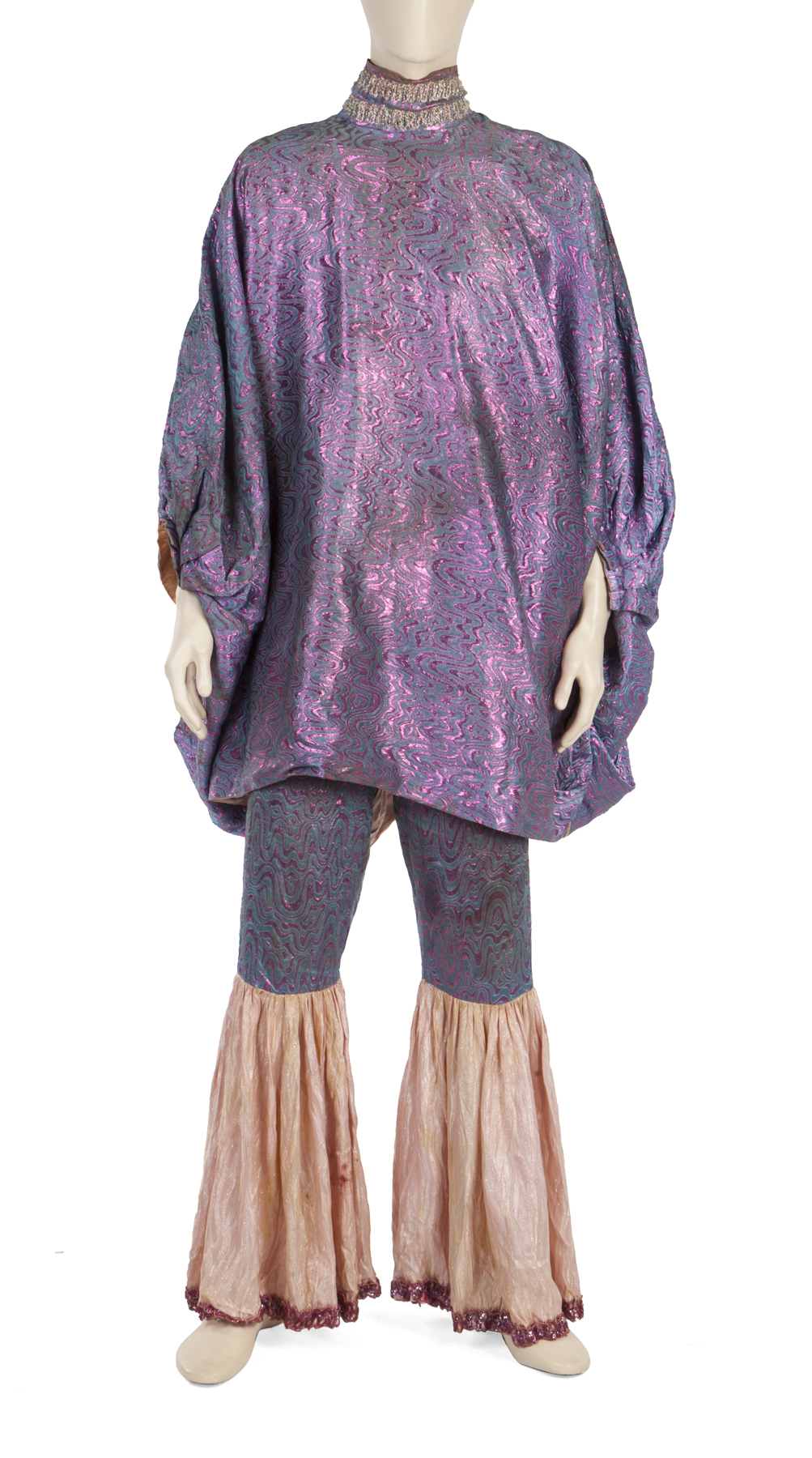 “This item is more suited to us who are a little zaftig. This is the perfect solution for when you’re bloated or menstrual but still want to feel like Little Richard. Those satin pink bell bottoms are more elaborate than a set of draperies. I mean it’s like a privacy curtain so he can have a little alone time for his feet. You should be able to open and close them.” 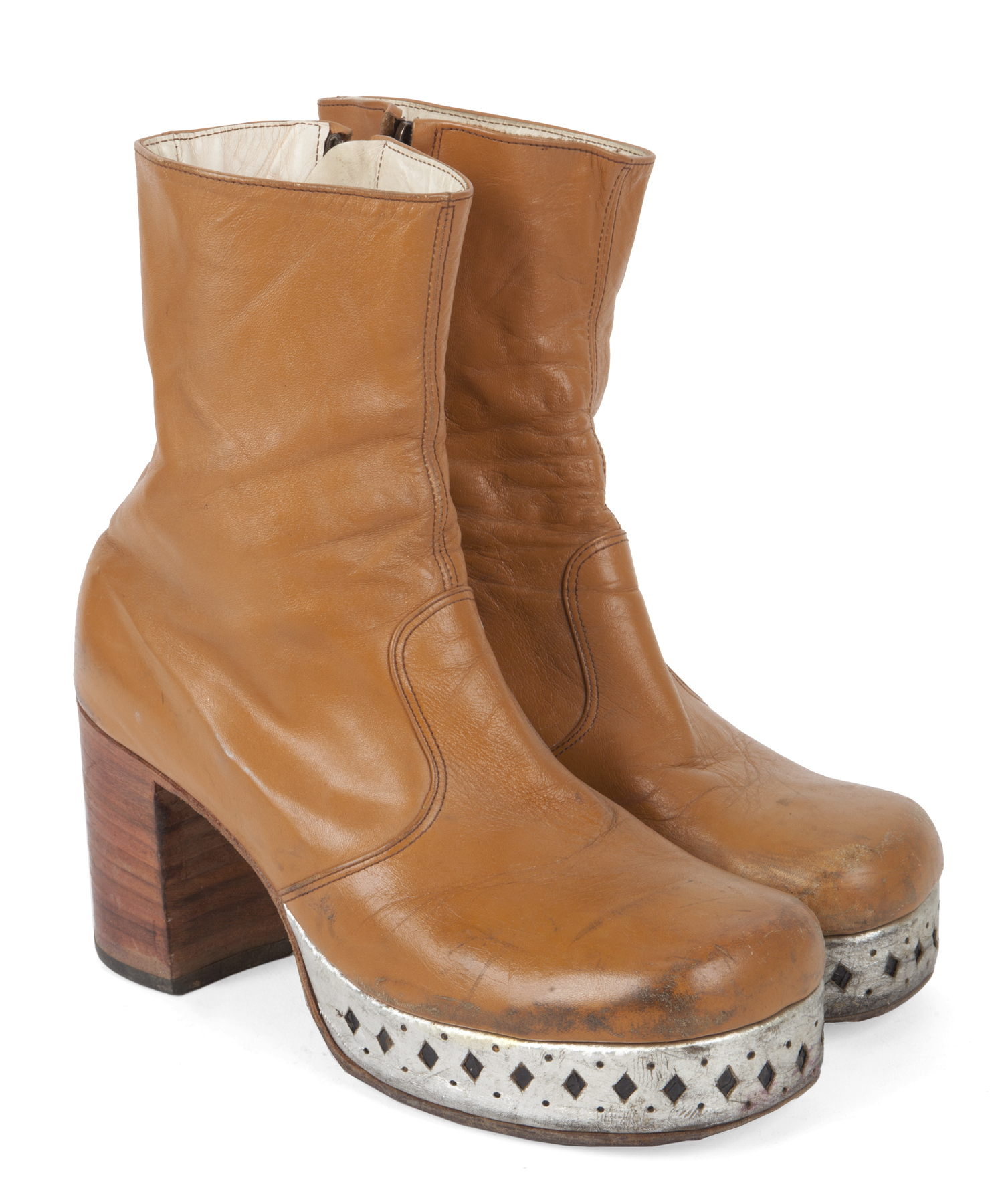 “Every one of these outfits could benefit from these funky platform boots. You would rise above and prevent your outfit from dragging on the floor. Whoever buys any of these would be foolish not to buy them. It’s the first thing I would go for no matter which outfit I purchased. You need to have the correct footwear or the outfit is not going to work. You can’t even get a good pair of mass produced boots these days for this opening bid. OK, that’s a bargain. I think the funky platform boot has just taken the front position. It’s like the Preakness and the boot is in the lead.” 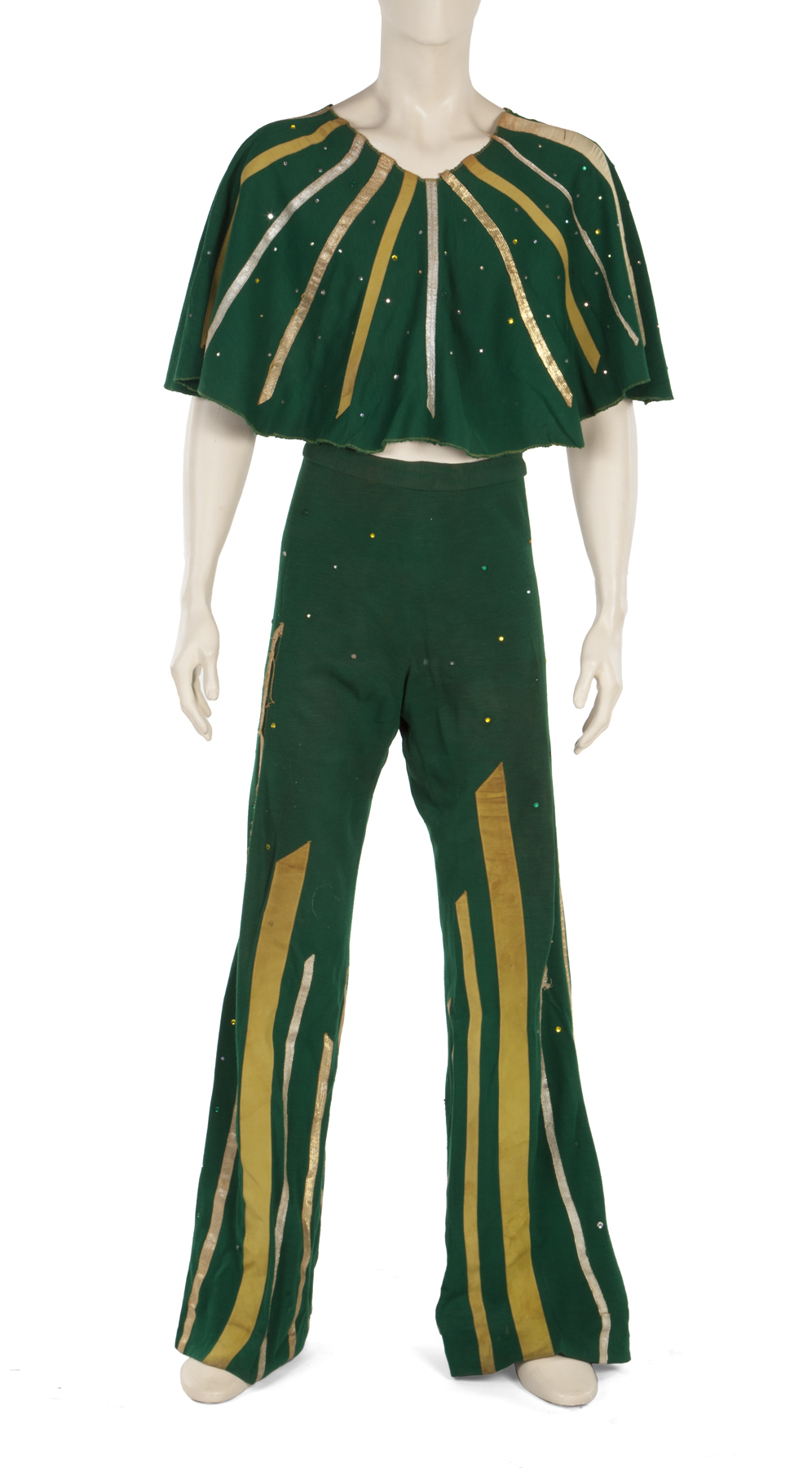 “Oh! It’s midriff baring. Why is this only $600? Those sunbeams radiating from the neck, it’s like sun worship and it’s green and gold, like the Rastafarian colors. It’s an outfit to wear in the sunshine of Jamaica. I can imagine him having a spot of tea with Sun Ra. I wonder if they knew each other? He claimed to be an alien from Saturn and was a pioneer of Afro-futurism. In order to compete with Sun Ra’s sky-high Tutankhamen headpiece Little Richard would have to make sure to have an extra tall pompadour that day.” 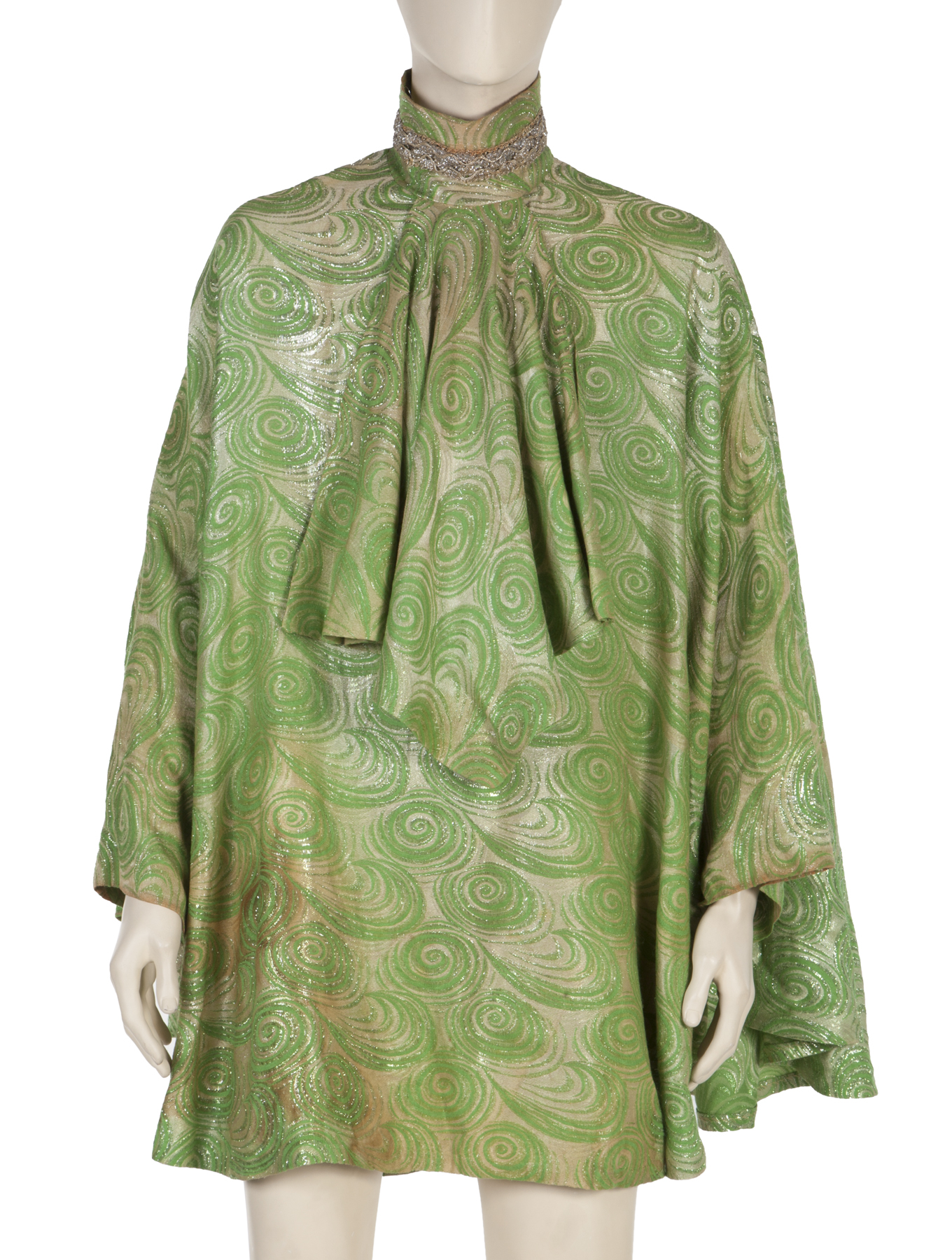 “This is a perfect minidress, but the question is did little Richard wear this on stage with or without pants? Because without pants it’s a very chic dress. That jabot an ornamental ruffle but this is not a lace jabot, which in French means a bird’s crop—the anatomical structure under a bird’s neck. It’s essentially a frilled piece of fabric descended from the collar. Was he part bird?” 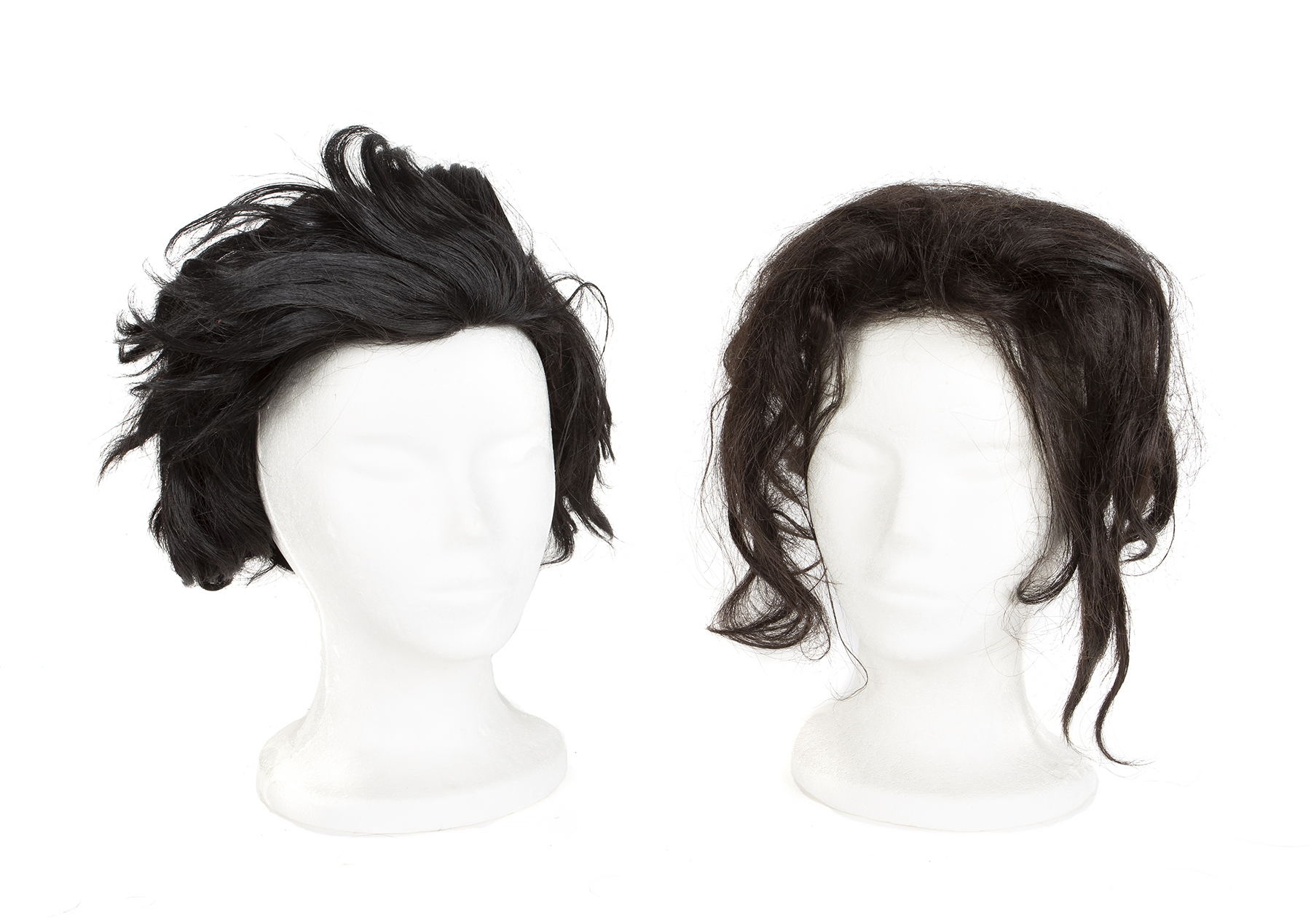 “This is a must. You get the boots first, then the wigs, then that Star Wars outfit and I think there must be enough DNA to make a new Little Richard, like in that movie The Boys from Brazil where they clone a bunch of Hitlers. Can you imagine all these little boys with pompadours running around with funky platforms as children shrieking Tutti Frutti? We can only hope that with modern medicine we can achieve this, but we need a whole bunch of them. There’s no point in making just one Little Richard. If I show up to work in these wigs it’s your fault, Chris Nichols!”