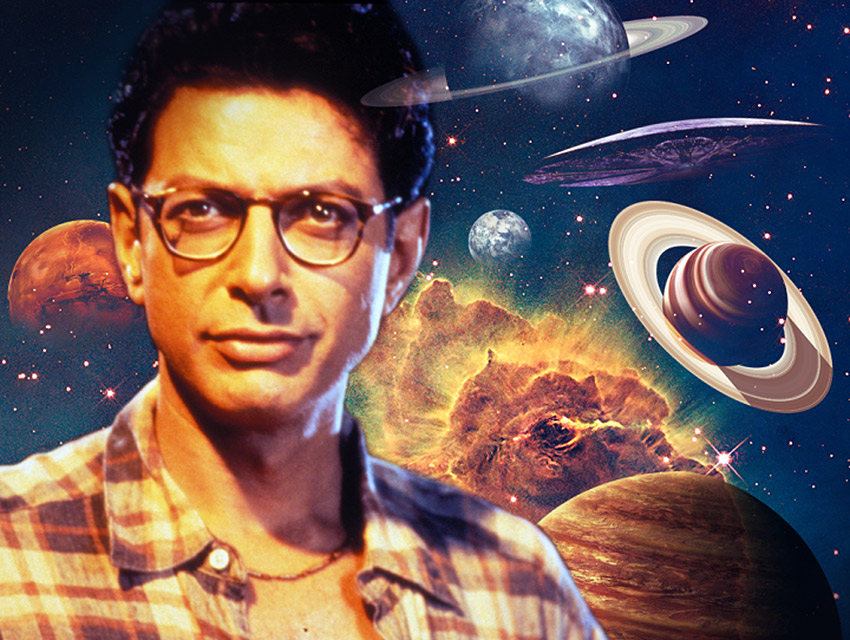 The first trailer for Roland Emmerich’s Independence Day: Resurgence, the long-awaited sequel to 1996’s megahit Independence Day, dropped yesterday, much to the delight of the Internet:

Independence Day: Resurgence and Star Trek: Beyond trailers released/leaked back to back… I’m like in the middle of an nerdgasam breakdown — Emmie Brie (@emmiebe18) December 15, 2015

While Will Smith’s noticeable absence is unfortunate (his character is dead, according to a site associated with the film), we’re all kinds of #blessed to have Jeff Goldblum reprising the role of David Levinson alongside franchise newcomer Liam Hemsworth. We spoke with Goldblum last week about something totally unrelated to the trailer—for more on that, keep an eye out for our forthcoming February 2016 issue—but in the course of conversation, he just so happened to improvise a theme song for Independence Day: Resurgence. (There is a God.) Oddly, it’s set to the tune of John Williams’ famed Jurassic Park score, though according to Goldblum, it’s not odd at all: “All movie themes have that same melody,” he said. Off the top of his head, he came up with these lyrics: “Independence Day, I will find a way, to get these bad aliens off our planet.” Sorry if that spoils anything for you ahead of the film’s June 24 release.

Take a listen below.