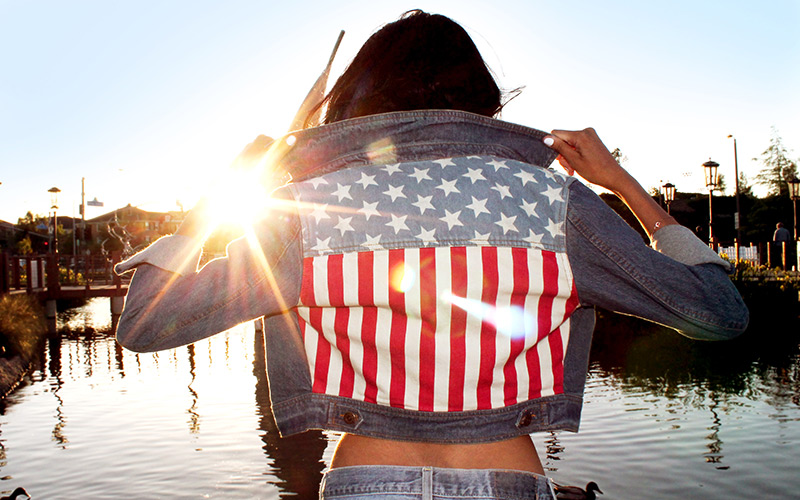 A cappella has come a long way since Rockapella’s rendition of the Folgers jingle (no disrespect, though). Three-time Grammy winners Pentatonix—who, by the way, have won three more Grammys than Katy Perry—showcase their mind-melting harmonies and impressive beatboxing at the Hollywood Bowl.

Maybe you didn’t even know you wanted to see someone milk a camel, but that’s half the fun of the OC Fair. The other half: deep-fried Oreos, more than 60 carnival rides and games, fierce pie and quilt competitions, and concerts from the likes of the Band Perry and Colbie Caillat. A demolition derby is on the
docket, too.

UCLA students started this LGBTQ film festival in 1982, making it L.A.’s longest-running one, period (happy 35th, Outfest!). Catch more than 150 shorts, features, documentaries, and TV episodes in venues like REDCAT and the Orpheum. Panels round out the programming.

What started in Chicago in 2003 is now the acme of craft fairs. Renegade’s ninth L.A. event unfolds in L.A. State Historic Park (expert tip: the Gold Line’s Chinatown station is less than a block away). Shop goods from more than 250 makers and partake of DIY workshops.

The Los Angeles Tourism and Convention Board is behind this ball-on-a-budget eating experience, which offers up deeply discounted menus at more than 300 L.A. restaurants. Two-plus-course lunches start at $15, while three-plus-course dinners start at $29. Reservations aren’t a must, but it’s best to call ahead.

It’s rare to see Kelly Slater-level shredding in these parts, so grab a slice of sand and watch while you can. Pros (and bros) descend on the south side of the Huntington Beach Pier to compete in heat after heat, all for a shot at $100,000 and a place in the World Surf League championships.

There’s no such thing as a coffee sommelier, but you could start calling yourself one after this class at the Line Hotel. Matthew Jung-Quillen, aka master of projects at Tartine’s Coffee Manufactory (coming soon to ROW DTLA), schools you in the brewing, extraction, and quality-evaluation techniques of hot and iced pour overs.

Everything good about summer is crammed into this 1993 classic: baseball, s’mores, Wendy Peffercorn. If you haven’t seen it in for-ev-er, head to the Autry lawn for an outdoor screening—part of the citywide “Eat/See/ Hear” series. Food trucks and a performance by folk pop artist East of Eli fulfill the “eat” and “hear” requirements.

Glover was only seven years old when he started tap dancing; almost 40 years later he’s performed at the White House and on Broadway. He and his dance ensemble display their rhythmic mastery on the Ford Theatres stage for one night.

Rubber ducks, like cashmere or good hygiene, have yet to go out of style. Kidspace Children’s Museum capitalizes on their appeal with two days of nail-biting races. Buy a ducky on-site (no outside entrants allowed because #CheatingIsReal), then send it down a man-made stream in pursuit of glory.

“Mexican acoustic guitar” sounds chill, but not when it’s performed by Rodrigo Sánchez or Gabriela Quintero (their heart-pounding song “Tamacun” was in Breaking Bad ’s pilot). The duo brings heavy metal/nuevo flamenco/rock to the parklet at the Annenberg Space for Photography as part of KCRW’s “Sound in Focus” series.