Home Uncategorized Lissie Comes ‘Back to Forever’ on her Second Album 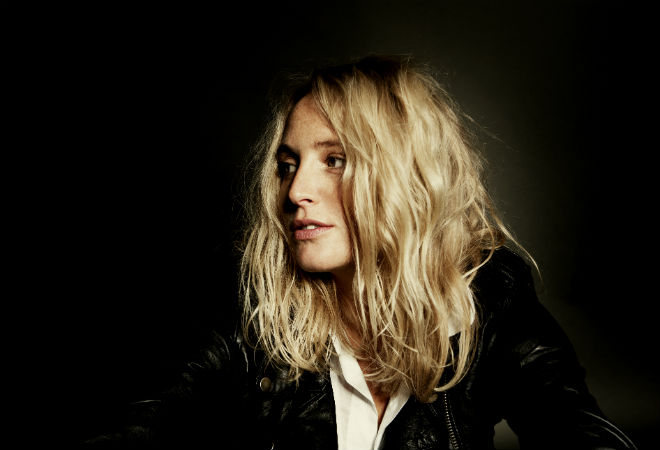 In early October, 31-year-old Lissie Maurus, better known by her stage name Lissie, released her second album, Back to Forever. Nostalgic and genuinely raw, the folky tunes reflect on failed lovers, unappreciated work, and the destruction of childhood environments. After growing up in Illinois, Lissie made her way to California, spent time in Paris, then returned to the Golden State where she has lived for nearly a decade.

❶ While Lissie is just beginning to build a fanbase in the United States, she already has a following in the United Kingdom. She signed with Columbia UK, which released her Why You Runnin’ EP in 2009 in the UK and the U.S. Thanks to a big push from the label, she played several sold out shows on her European tour.

❷ In the U.S., she has a deal with Fat Possum Records and her growth has been far slower. “I wish there was that defining moment, but my build has been very gradual. There was never a moment where everything was like, boom! It was a lot of small victories over the years.”

❸ When she performs in Europe, she and her band spend most of their time in England or Norway. This November, she returned to Scandinavia where she planned to see the Northern Lights.

❹ When her first album, Catching a Tiger, was released, Lissie spent 90 percent of her time abroad. Now she divides her time evenly between foreign shores and Los Angeles, where she says she has spent some of her best years. That includes watching pals like actor John Hawkes (The Sessions, Deadwood) and roots band Truth and Salvage Company find success.

❺ On Los Angeles: “It can be a dark place at times, but if you are willing to work hard and you actually love what you do—and not because you want to be famous—you can come here and make your dreams come true. Not always but you can.”

❻ The Back to Forever album is her chance to indulge in a little nostalgia and reminisce on what she learned through the years. “I didn’t notice the time passing,” says Lissie. “I wasn’t paying attention to life when I was living it. Now when I look for forever, I don’t have as much forever as I used to.”

❼ “I’m sensitive and sometimes not protective enough of myself. I’ll give so much of my energy to things and get shut down; that’s humbling.”

❽ Her feelings toward the songs on her album change depending on how much time she spends with them. Currently, she’s digging “They All Want You,” a song about wanting the guy that every other girl wants.

❾ Her songs are an outlet for expressing—and working through—her pain and confusion. “Every time I get a new guitar—new and shiny or old and not shiny—I want to play with it. If something heavy happens or I’m feeling a little lost or [there is] unrequited love, that motivates me to write.”