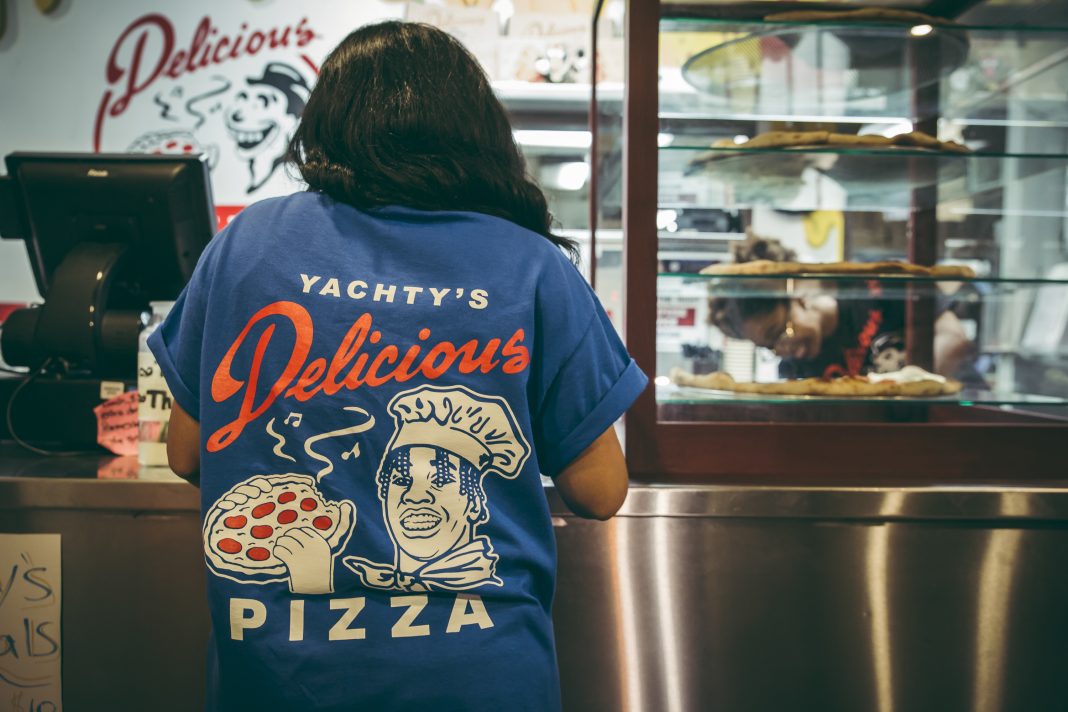 Young ATL-based rapper Lil’ Yachty is still flying high after the release of his debut solo record Teenage Emotions earlier this summer, so he’s doing what any of us would: Throwing a big ol’ pizza party.

Yachty’s Pizzeria takes over the Delicious Pizza space at 6601 Sunset Boulevard from noon to 7 p.m. on Saturday, September 16 and Sunday, September 17. If the crowds that queued up for the pop-up’s previous iteration in New York City are any indication, you’ll want to arrive early and prepare for a bit of a wait. Once you make it into the pizza stand, there will, yes, be actual edible pizza. The real draw for the ‘bubblegum trap’ star’s fans, however, will be a line of exclusive merchandise only available during the pop-up’s run, created in collaboration with Bravado (the same folks who brought you the Pablo-era Kanye merch). There will be five styles on offer: Hats ($30), short-sleeve tees ($30), long-sleeve tees ($40), hoodies ($60), and satin bomber jackets ($100). All items will be sold in commemorative Yachty’s Pizzeria cardboard pizza boxes. (Oh, and, secret tip: See that phone number printed on the jacket above? Give it a ring and you’ll be rewarded with a special message from Lil Boat himself.)

As for the pizza, it turns out Yachty’s song “Broccoli” wasn’t actually about his favorite pizza topping (who knew, right?), and he’s actually more of a pepperoni guy.

RELATED: Kendrick Lamar Hung Out with President Obama Because Mentorship