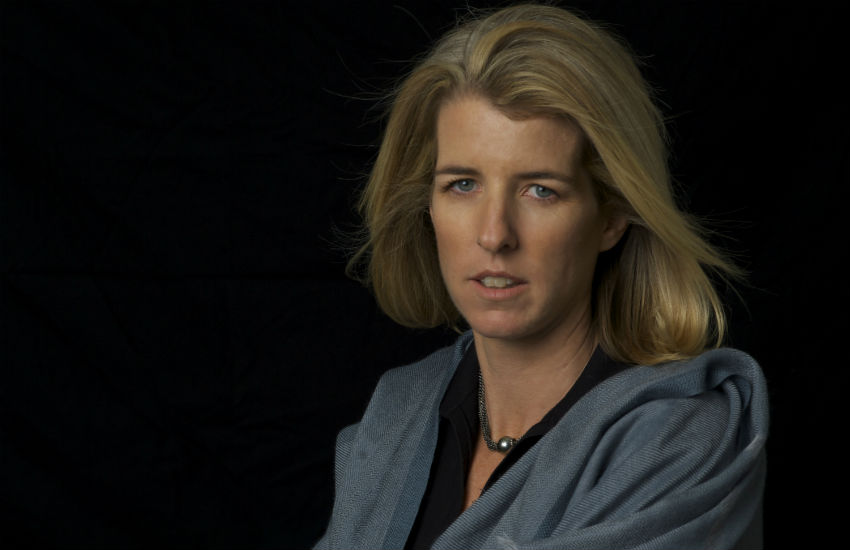 Documentarian Rory Kennedy’s Oscar nominated Last Days in Vietnam is a thrilling retelling of those last fateful days of the Vietnam War and the chaotic evacuation of American citizens and South Vietnamese sympathizers from Saigon in 1975. The film was one of last year’s most talked about documentaries (we spoke with Kennedy shortly after the September release) for its thrilling exploration of a dark chapter of American history few of us fully understand.

We checked in with Kennedy prior to Sunday’s award show to talk Oscars, the popularity of documentaries, and mending forty year-old wounds.

Did it come as a surprise to you when Last Days in Vietnam received an Oscar nomination?
The film had been shortlisted in November, so it was definitely on my radar. I woke up at 4 a.m. the day of the announcement and I was of course anxious. I watched a delayed live webcast on my laptop but I was beat to it by my partner Liz Garbus, who was in New York watching it in real time, when she called me screaming congratulations.

What has promoting the film been like?
I’ve been very busy. More than any film I’ve made this one had a very expansive theatrical release. It was supposed to go to two or three cities but it ended up running at over 120 theaters nationwide. It’s been fantastic and rewarding and obviously time consuming. I was at premieres in L.A., San Francisco, D.C., and New York. I went down to Orange County because they have a large Vietnamese community and promoted it there. It’s all been fantastic but it takes you on a bit of a journey.

Last time we spoke, you said raising awareness about this chapter in American history was one of your main goals. Has the film achieved that?
The response has been overwhelmingly positive. If there was a single response greater than all others it’s this thing I hear people say all the time, this sense of “oh my God, I thought I knew the story” and then kind of being blown away by it. It touches a nerve with people because it connects something that happened forty years ago to today with the recent wars in Iraq and Afghanistan. I think also, there’s a feeling that it’s told like a thriller. It’s an engaging experience.

It’s not just about the story but how it is told?
Yes, I want to make a film that audiences are going to appreciate. It’s one thing to learn something about history. It has to ultimately be an engaging story. I think the documentary film community overall employs more dramatic technique to pull in audiences and that’s a good thing. Documentaries are more financially viable now. Twenty years ago watching a documentary was like eating spinach. That’s not the case anymore.

What are you looking forward to the most at the Oscars?
One of the people profiled in Last Days in Vietnam is Stuart Harrington who is a real hero. He played a significant role at the embassy where he was the point person assuring the people who had fled there that they would get out, knowing full-well that he was going to be on the last helicopter. Despite saving so many lives, Harrington has always felt very guilty about the people he had to leave behind. In the film we interview Binh Pho, who is one of the 400 South Vietnamese who were left behind at the embassy. When we presented the film at Sundance both Harrington and Pho were in attendance. In a very emotional moment on stage after the screening, Pho told Harrington that he forgave him. It was so moving.

When the nomination was announced I immediately called the Academy and started begging for tickets because I know how hard they are to come by. We got the number we wanted, so I was able to extend an invitation to both Harrington and Pho. When I told Pho he paused for a moment and said, ‘who would have thought forty years ago that we would be walking down the red carpet at the Oscars together?’