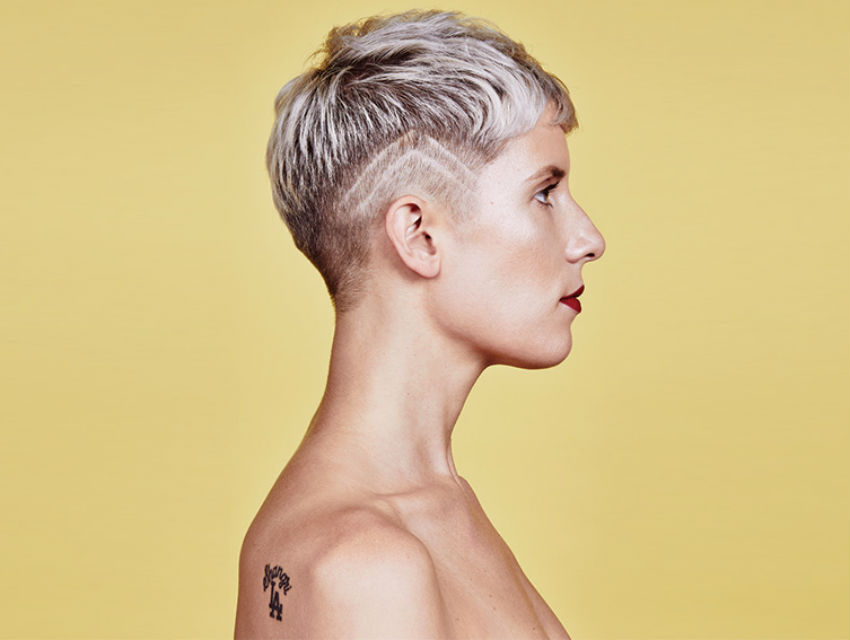 The two halves of the band YACHT, Claire L. Evans and Jona Bechtolt, are amped on acronyms. Their moniker stands for Young Americans Challenging High Technology, their mission statement refers to ETI (extraterrestrial intelligence), and a scan of their Twitter feed reveals the hashtag #ITTFWBC, shorthand for the name of their new album, I Thought the Future Would Be Cooler, out October 16. Like their other musical offerings, ITTFWBC employs a theme to serve up social commentary (2014’s Where Does This Disco? was a CD about the relevance of CDs). This go-round is all about the coming times: Synthy, quirky pop tunes like “Hologram” and “War on Women” are deadpan reactions to 21st-century “advancements” (or lack thereof). “L.A. had a huge influence on the record,” says Evans, who with Bechtolt also created the daily calendar app 5 Every Day, which suggests a handful of cool activities for Angelenos. “The central thesis is not that we’re disappointed that we were promised jet packs. It’s more like, I don’t care about jet packs if we still don’t have basic human rights.”

Alternate acronym for the band’s name?
You Are Cool…no, wait. YACHT Are Cool—it’s like a meta acronym—Hang in There. The “in” is lowercase.

Name a band that aliens would listen to.
Devo, obviously.

Five things you would not put on 5 Every Day?
The Times Squares of Los Angeles: Hollywood & Highland, L.A. Live, 3rd Street Promenade. The 405 in any permutation. And Pinkberry.

Tom Explores Los Angeles with Tom Carroll or Visiting…with Huell Howser?
That’s impossible! I refuse to choose. Huell Howser is like the Mr. Rogers of Los Angeles. He elevated the mundane, which is a big part of what 5 Every Day is about. Tom Carroll is one of those classic L.A. history nerds, which is a special type of person we have.

YACHT is into mantras. What’s a good one for L.A.?
“It’s an honor to participate in traffic.” I tell myself that on the freeway.

CDs or iPods?
I feel more nostalgic for the iPod than I do for the CD—the CD had a good run. The iPod came and went in a blip.

Three Angelenos you’d collaborate with on a YACHT project?
Ray Bradbury, Angelyne, Huell Howser—on a science fiction movie. Ray Bradbury would write, Angelyne and Huell How-ser would star, YACHT would score. It would be called something really oblique and weird, like The Flow.

Most futuristic thing about the L.A. of 2015?
That we have no water, probably.