Home Art Let Fury Have the Hour: Art, Activism, and the Politics of Both 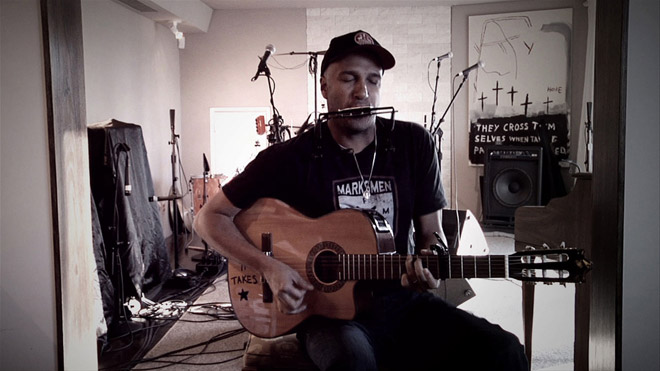 Photo courtesy of Let Fury Have The Hour

Picture it: Rampant consumerism is ripping the world apart. Fraternity, like a ticking time bomb, is on the verge of exploding. Aggressive individualism and economic inequality are swelling. This is filmmaker Antonino D’Ambrosio’s vision of the 1980s, an era that he defines as one of extreme cultural polarization with the masses in the U.S. and U.K. either seeking refuge at the mall or going mad. In his documentary Let Fury Have the Hour D’Ambrosio chronicles the artistic counterculture of the 1980s and ’90s, the skateboards, punk rock, hip-hop, reggae, theater, and dance that served as a bracing corrective to mainstream consumerism.

D’Ambrosio’s dissection of the “creative response” to Reaganism and Thatcherism includes interviews with 50 underground activists from street artist Shepard Fairey to Public Enemy rapper Chuck D to the frontman of gypsy punk band Gogol Bordello. The talking heads are intercut with historic footage of mobs, moshing, and music — all of which plays out against the “culture wars” of the ’80s. The featured artists speak out against the unchecked consumerism and individualism they believed was tearing society apart at its seams. Songs by politically minded rockers Rage Against The Machine, revolution-themed poems by Staceyann Chin, and musings by comedian Lewis Black highlight a handful of cultural influencers who have managed to carve out comfortable niches for themselves. (It’s worth noting that while they were busily raging against the machine, Fairey and Rage have become lucrative brands unto themselves.)

Let Fury Have the Hour, which will screen in L.A. on January 25 at Laemmle’s NoHo 7 and be released on VOD via SnagFilms on March 5, isn’t a movie to parse the subtle — and not-so-subtle — struggles between ideals and action. It’s a paean to a handful of creative types who still believe that equality and creativity trump all, an imperiled notion in an increasingly corporate world. The message, however, is not “Revolt!” The goal, ultimately, is inspiring viewers to fight for a re-imagined world. Here’s an exclusive look at the film’s trailer.