Home L.A. History How Did L.A. Become a City Without Lesbian Bars? 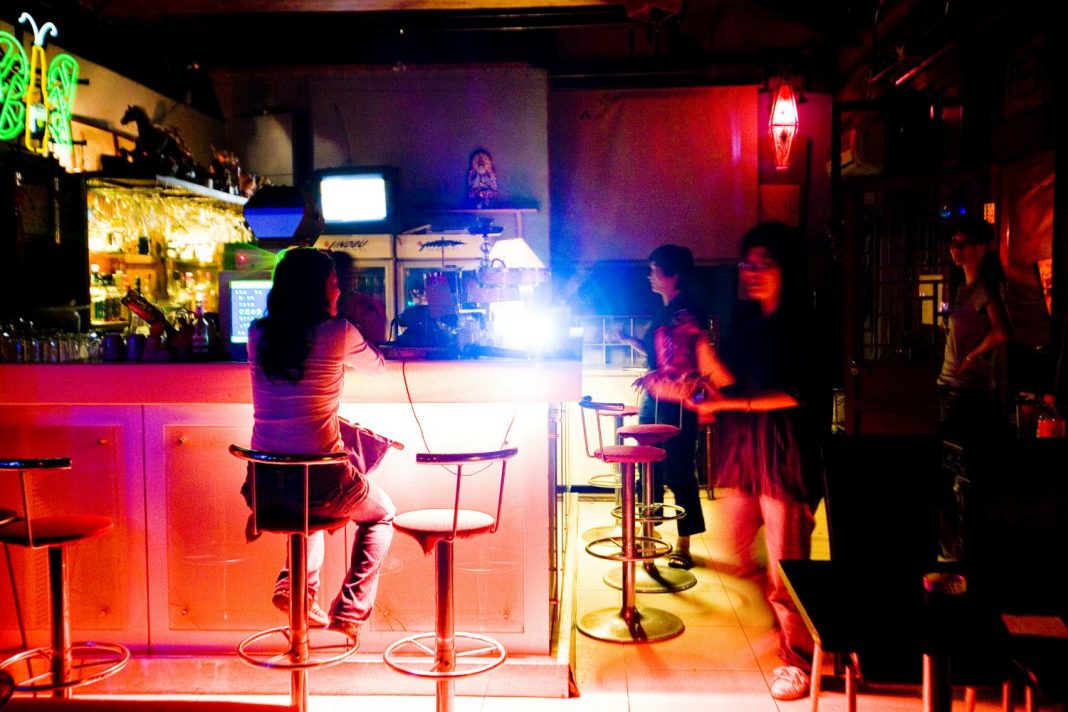 When Adriana Gordon first came out as a lesbian, she was 21 years old and living in West Hollywood. It was the ’90s, and lesbian life in Los Angeles was at its peak: women proudly marched through the streets for Lesbian Visibility Week, celebrities were coming out, and lesbian bars thrived as places for women to meet up, hook up, and find community.

“It was the first time I remember thinking, ‘Wow, we can be out, and we might be OK,’”  Gordon says. “Here we are in numbers, starting to recognize each other quite visibly in a way that I don’t think had been done before.”

Today, L.A. is a much different place—especially when it comes to nightlife. While there are 20 bars for gay men in West Hollywood alone, the last lesbian bar in WeHo, the Palms, ended its historic 56-year run in 2013. The Oxwood Inn, a Van Nuys lesbian joint, followed not long after. When it shuttered in 2017, Los Angeles County was left without a single lesbian bar.

The decline of hangouts for gay women is not an L.A.-specific phenomenon. From San Francisco to New Orleans, lesbian bars across the country have closed their doors in recent years. But in L.A., the absence of these spaces is disheartening, especially for young women making a home in the city.

When 23-year-old Isabelle Bertges moved here from New York last summer, she was disappointed by the dearth of spaces where she could meet and socialize with other women. “People always told me, ‘Yeah, the L.A. scene is a little bit different,’” Bertges says. “Two months in, I felt a severe lack in my life, especially of lesbians.”

Bertges first realized something was missing when her friends visited from out of town. “It felt so good, and I thought, ‘Oh my god, I don’t have this in L.A.! I’ve made really great friends, but I also miss this community,’” she recalls.

The L.A. lesbian bar scene had its first zenith in the 1950s. More than just places to drink or meet friends, lesbian bars, such as the If Café and the Open Door, were some of the few safe spaces in which working-class lesbians and lesbians of color could develop a community outside the prying eyes of a violently homophobic society. In South L.A., African American lesbians frequented the Star Room; in the ’60s, Boyle Heights-based Redz, formerly Redheads, catered to a predominantly Mexican-American lesbian crowd, as did the Plush Pony in El Sereno. The former closed in 2015, the latter sometime between 2008 and 2010. Amid police raids, racist and homophobic harassment, and laws criminalizing homosexuality, these bars provided lesbians a space to congregate semipublicly in numbers, which was in itself an act of radical resistance.

In the ’90s and early 2000s, L.A. lesbians could choose not only from a variety of bars but also lesbian coffee shops. Gordon spent much of her time at Little Frida’s Coffee House, across the street from lesbian bar the Normandie Room. Aside from offering a space for social gatherings, Little Frida’s fostered a creative network of lesbian artists, musicians, and actors, like now-famous comedians Lea DeLaria and Tig Notaro.

“Eventually you see their faces on television, and you start to feel a sense of pride that you were able to participate in something that was an experimental incubation for all of us—whether we were incubating huge ideas or just incubating our identities,” Gordon says.

So what’s behind the extinction? Some speculate that it’s a reflection of our current political and social moment. As our understanding of gender and sexuality evolves, spaces are often queer-inclusive rather than lesbian-specifics. Additionally, the advent of online dating gives queer women a way to meet outside of physical bars. “It’s indicative of the times we live in. Now you don’t need to specifically go out to queer spaces to meet people like you did back in the day,” says Romy H., one of the producers of Lez Croix, a self-described “refreshingly different queer party” that happens around L.A. Pride every year.

Another possible reason for the decline of lesbian bars? The pay gap. As long as women are, on average, paid less than men, they’ll continue to have less to spend. “Everything in this country is set up for a white man to succeed, so if you’re not in that category, everything else is harder. If you’re a woman, if you’re a black queer woman or a brown queer person, things are automatically stacked against you,” says Sasha Jones, the manager of Cuties Coffee, L.A.’s only LGBTQ+ coffee shop. “And then we’re talking in L.A., where everything is so incredibly expensive.”

While there might not be any more brick-and-mortar lesbian bars in L.A., pop-ups have also helped fill the void. Bartender Danielle Gavaldon and architect Lauren Amador say they hope to find a permanent space for their lesbian pop-up cocktail bar, the Fingerjoint, which they founded last year. Until then, L.A. lesbians will have to continue to rely on similar recurring parties and “girls’ nights” at gay bars, like the Abbey’s Wednesday night AltarGirl party. And as COVID-19 continues its rapid spread, the future of all L.A. nightlife remains uncertain.

“I feel very lucky that I came out when I did, and that I was at that age when I did, because it really was such a magical time,” Gordon says. “And it seems like such a lighting-in-a-bottle time because it didn’t really last for very long.”