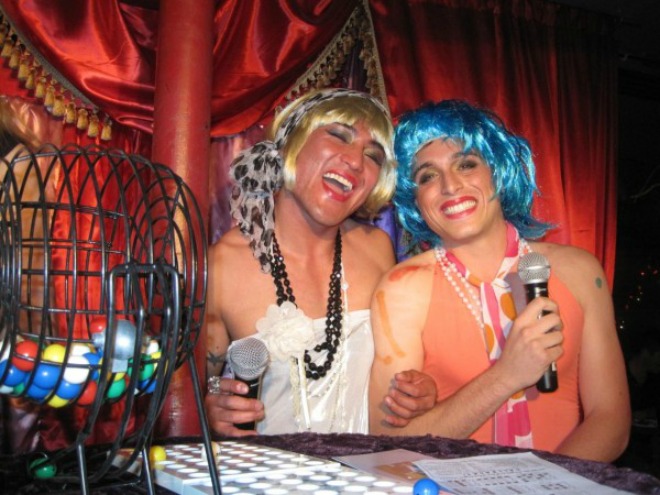 Whoever said it’s better to give than receive was probably sloshing their way through a raucous round of Legendary Bingo at Hamburger Mary’s in West Hollywood, where there are two kinds of blackouts.

The popular, saucy charity game hosted by the purdiest drag queens around turns 15 this month. To celebrate, founder Jeffrey Bowman, a.k.a. Bingo Boy—who originally launched the four-nights-per-week games to make selflessness hip to the Millennial set—is throwing a splashy three-day party. It starts tonight (April 8) at the Magnolia Lounge in Pasadena before stumbling back home to its WeHo digs April 9 and 10. With revelry set to include champagne toasts, burlesque and drag displays, and celebrity appearances from the casts of Suburgatory and Golden Boy, this ain’t your grandma’s bingo night.

You might even win—but be prepared to let the losers demonstrate their displeasure by unleashing a volley of bingo card projectiles your way. (Don’t worry, you’ll still get a gift bag).  Maybe charity dodgeball is next.