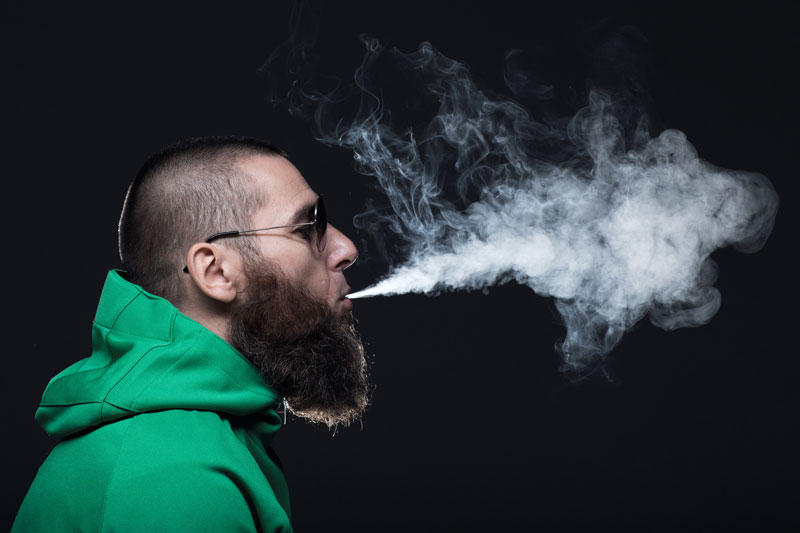 I don’t want to make Proposition 64 about me, but it is about me. I’m one of the 86 percent of Californians who does not smoke, eat, vaporize or moisturize with marijuana. I’m also one of the 57 percent of Americans who has never tried it. Which means the future of recreational marijuana rests mostly in the hands of voters who don’t use it. Or who – like me – find it vile.

I know. We’re all supposed to be OK with marijuana now because it’s 2016, weed is mainstream, Snoop and Martha have a TV show, suspendered millennials are making tinctures out of it, etc. In 30 years drugs have gone from being a thing the First Lady said we shouldn’t do to being fully legalized in some of our nation’s square-shaped states. It’s a thing now. What no one talks about, though, is how amazing it is that this happened, because there is no worse advertisement for marijuana than marijuana.

We all pretend to be cool with the smell, but friend, you are straight-up exhaling skunk stench out of your face. You are blowing a facsimile of the worst odor nature is capable of producing into everyone’s personal space. Yes, some strains don’t smell as putrid, but none of them are walking into an Italian restaurant on a chilly autumn day (which categorically speaking is the best smell there is.) Then there’s the conversation gap. In your high head: Dazed and Confused-level dialogue. From our perspective: Inherent Vice. And the emotional aspect: Me saying no when offered weed makes me feel like a judgmental, holier-than-thou prig, and I don’t want to be those things, so thank you very much marijuana for making me feel worse about myself than I did five seconds ago, I am now the opposite of high.

There are two main reasons to argue for recreational marijuana’s legalization – morality and efficacy. The moral argument is: Adults should not be deprived of their freedom because they engage in acts that do not harm anyone. Every time we as a society legally try to restrict victimless activities – homosexuality comes to mind – it does not go well, and a generation or two later the kids have to sort out their parents’ mess, and we all look back in shame.

In terms of efficacy, which is what pundits and newspapers like to talk about because there are facts and stats and (here they come) links, it’s clear that marijuana prohibition does not work, and that whatever benefits we do gain from banning marijuana are outweighed by the part it plays in the militarization of our police, the overcrowding of our prisons, and the devastating effect the War on Drugs has on minorities.

In addition to throttling back the failed War on Drugs, Prop 64 could be a financial boon to the state. It is estimated that a regulated commercial pot industry could sell $6.5 billion worth of cannabis by 2020. (California’s wine industry, by comparison, is $7.5 billion.) Prop 64 would enact a 15 percent sales tax on marijuana and a separate tax on growers, with an estimated $ 1 billion in tax revenue. The taxes will go to community nonprofits, and to study the impact of marijuana, and will help the California Highway Patrol come up with standards for safe driving, which no one has done yet and is a good idea to figure out.

RELATED: These 6 Local Ballot Measures Will Be on the Ballot, So Let’s Talk About Them Before Election Day

California, which is usually a trendsetter at scaring people who only watch Fox News, gets the me-too benefit of seeing how legalization has worked elsewhere. Colorado, Washington, Oregon and Alaska have not collapsed into failed waisteoid states. Colorado officials say there have been hiccups, but the state is seeing real benefits, such as money.

Who is against it? Prison and police unions are leading the effort against Prop 64. No matter what they say on the surface about public health and the children, police and prisons stand to lose funding when recreational marijuana is legalized, which is what their opposition is really about. About those health concerns: The numbers out of Colorado say that legalization has not led to a rise in marijuana use among teenagers. Usage appears to have increased some among adults, but is that a problem? It doesn’t seem to be. A majority of Colorado voters say they are happy with legalization.

California is boringly awful when it comes to presidential politics because we’re a one-party state whose main purpose is to serve as a piggybank for candidates who return the favor by somehow finding a way to make our traffic worse. But we have the best ballot measures – porn, marijuana, grocery bags. Life’s rich tapestry. Polls currently show Prop 64 has the support of more than 60 percent of California voters. A yes vote will embolden other states to pass similar laws, and it might finally move the federal government to end its marijuana prohibition, all of which would have a positive impact on law enforcement, minority communities, and the economy around the country. This the first time I will hold my nose while voting for an issue I fully support.

Joe Donatelli is Senior Writer at Los Angeles magazine. You can follow him on Twitter @joedonatelli and Facebook. He wrote The Moment You Realize Your Soul Belongs to Los Angeles.