Home Dining The Foods You Should Never Eat as Leftovers if You Have Even... 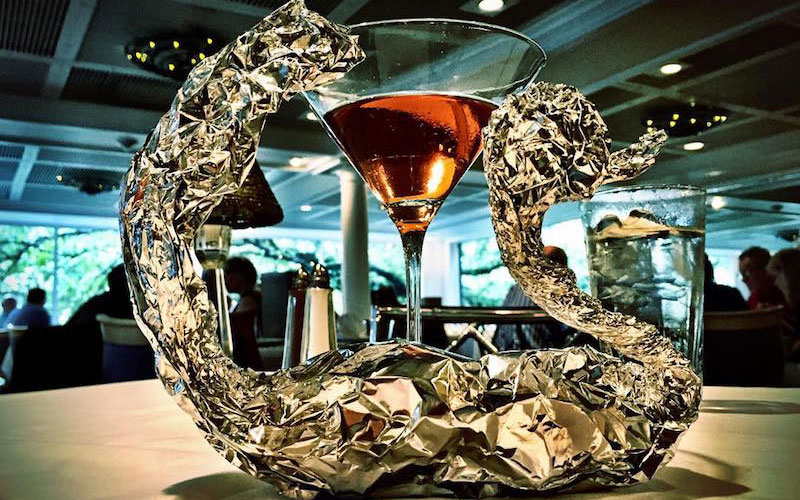 Restaurants serve too much food. Some serve the right amount, but they’re the ones with the really good recipes and ingredients. Other restaurants don’t have really good recipes and ingredients, and they apologize for it with volume. Here you go, it’s not great, but you can have a lot of it. Hence, the doggy bag, which is never for the doggy, because the doggy does not need a two-pound brick of lasagna al forno.

For the record, there is no shame in asking for a to-go bag. Humiliating disgrace officially ceased to exist as a human condition on January 20 at noon. Shame is dead. This is more about being pragmatic. Experienced diners know that some foods do not need to be taken home. These are foods that (unless you’re scraping to get by—in which case take it all home, man) tend to lose a magic and luster and basic cellular structure that can never be recaptured.

It feels good to take a salad home. Box the salad, you tell the waiter, hoping everyone within earshot hears you, I’ll have it for lunch tomorrow. HOLD FOR APPLAUSE. It’s one of the rare times involving food that we consider our future selves. This makes the doggy-bagged salad a tragic figure, because when you open your leftover dressing-laden salad the next day it no longer resembles edible food. In fact, it makes you question your past self with the same kind of brutal honesty with which you look back on your tragic choices of failed lovers. How the hell, you wonder, did I ever think that was a good idea? The lettuce has wilted. Anything once crisp is sopping. The tomatoes have come to exist somewhere between a liquid and gaseous state. The dressing has a smell. It’s sad. You had high hopes for this one.

Almost 100 percent of the time all of the nachos get eaten, because the nacho is a food so delicious it demands to be eaten, and it demands to be eaten quickly because after about 12 minutes the cheese enters into revolt, and the chips go bendy. Buuuuuut sometimes the entrees come out too quickly, and the nachos languish. Leave those nachos on the table. They’re dead now. You killed them. They died the moment you stopped eating them because something bigger and better came along, you fickle nacho murderer. Nothing can be done now. Walk away. Mourn. Move on.

Almost no matter how you reheat them, fries will either turn into a lump of soggy melancholy, or they will shrink into a bundle of those terrible potato sticks your grandma gave you as a snack that you ate politely but secretly hated. You can salvage old fries on the stove, but you better really like fries, because that’s a lot of work for a 12-hour-old side dish. It all comes down to what kind of person you are. Are you an optimist? Someone who sees every problem as a challenge? The type who looks at a hole in your roof not as proof that we live in an uncaring universe, but rather as an opportunity to learn a new home repair skill? Or are you a realist? Someone who grumbles and calls a repair service. Leftover fries reveal a lot about our true selves.

Sushi—and you will sense a theme here with these foods—is created with the intention that it should be eaten immediately. Every minute that sushi is not eaten, the rice dries a little, and the nori gets a little chewier, and the fish gets fishier, and the chef grows sulky. Once you’ve seen Jiro Dreams of Sushi, you won’t even think about taking sushi home because you will understand that sometimes the dark side of thrift is sacrilege.

We order wraps because they are the seemingly healthier option. (Though, really, are they? We need to have a national conversation about how often wraps trick us.) For the same reason you bring a salad home, you want to take the wrap home so that you can eat a healthy thing later. But, the sog. Always with the sog. The density of the foods inside the wrap exceeds the wet-newspaper-like exterior, forcing you to ask yourself, “Am I eating this for pleasure? Or am I eating this because I require calories in order to continue living?” It’s a heavy question. Maybe the question. On the one hand, you have the desire to live life to the hilt during our too-short time on earth. On the other hand, how totally boring and predictable is it to derive pleasure from what one eats when there are so many higher pleasures to pursue? You may reject me, says the limp wet turkey wrap in your hands, but YOU rejected the opportunity to live a fuller life long ago.

RELATED: A Controversial Etiquette Guide to Who Should Get the Check

Louis C.K. once said, “You only ever need half a burger.” Yep. Half a burger is all you need to get the always-satisfying taste of a burger and fill your stomach. Everything that comes after half a burger is living beyond your needs. C.K. is a firm advocate of splitting a burger with someone, which is the ideal way to eat a burger. It’s a shared experience. Maybe you order an extra side or app. More sharing. To add onto C.K.’s theory: A whole burger that you selfishly split with yourself (some now, some later) is a totally compromised hamburger. Delicious, in the moment. A sad mess the next day, combining all of the worst attributes of the leftover salad and wrap. Thinking about taking that burger home? You have to ask yourself: Can I live with one more compromise in my life? Haven’t I already made enough unsatisfactory concessions? When did I stop being the me I always wanted to be and become someone my younger self would hate? Do I need to drag this innocent hamburger into my sad personal hell?

Yeah, you want to take that steak home. It’s steak. You paid good money for it. It’s the best thing on the menu, especially if the wood-to-metal ratio in the restaurant is 10-to-1 or higher. But here’s the thing: reheating it at home—warmed in the oven, and seared on the stove—takes roughly the same amount of time to cook a fresh steak. And the leftover steak, no matter what you do, is going to be a little dryer and a little tougher than a fresh one. So why put all that work into an inferior steak when you can cook a new superior one? Because of the sunk-cost fallacy, that’s why. Your monetary investment in last night’s steak has clouded your present judgment. You would enjoy something new more, but you can’t see that, because you are so personally invested in the old thing. Every time you eat a leftover steak you prove that humans are not hardwired for self-awareness, that we are incapable of acting against the biases that hold us back, and that we’re nothing more than cavemen with Alexa and nuclear weapons, a species that never left Plato’s cave, unable to see something as basic as old cow meat for what it really is.

How to Be Pot Polite, According to Emily Post’s Great-Great-Grandaughter

A Controversial Etiquette Guide to Who Should Get the Check

PSA: Macing Your Fellow Theatergoer Is Not the Proper Response to Being Asked to Turn Off Your Cell Phone During a Movie