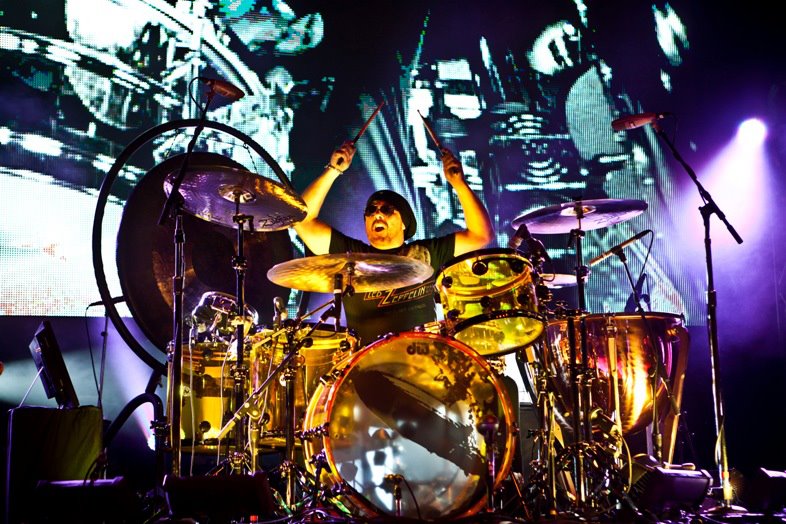 The set list includes more than 20 of the band’s blues-infused rock ‘n’ roll classics including “Kashmir” and, of course, “Stairway to Heaven.” But the Led Zeppelin Experience is about more than music; it’s a tribute to the elder Bonham from the son who has been doing an impressive job of filling his father’s shoes.

Five years ago, the younger Bonham played at Led Zeppelin’s “final” show at the O2 Arena in London. Hailed as the band’s most powerful performance since the group split up, the concert was also the spark that ignited and launched JBLZE. The O2 reunion concert will be released worldwide on October 17 as Celebration Day.

In true Zep fashion, Jason Bonham, Tony Catania, Stephen Leblanc, Dorian Heartsong, and James Dylan will perform to a backdrop of mesmerizing images and atmospheric effects. For diehard fans, it’s the next best thing to a full reunion.