Home comedy When Comedian Laurie Kilmartin’s Mom Was Dying of COVID-19, She Tweeted Her... 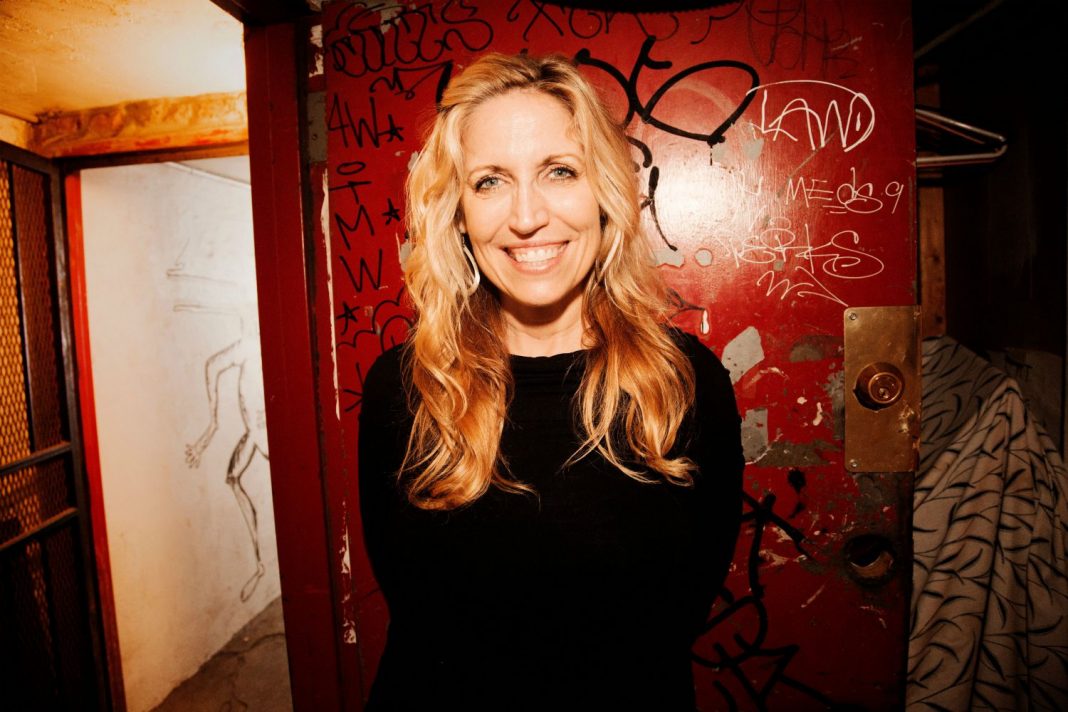 Laurie Kilmartin writes jokes for a living. The Emmy-nominated comic has been a writer for Conan since 2010, and in her stand-up routine she riffs on everything from sex and relationships to her family and having a child in her 40s. She can crack wise about anything, even her mother’s death from COVID-19.

JoAnn Kilmartin passed away at age 82 on June 18 after she became infected at a nursing home, just one of the 59,000 patients and workers—more than 40 percent of COVID-19 cases—who’ve died from coronavirus in nursing homes in America, according to a recent New York Times article. Kilmartin tweeted daily during the last days of her mother’s life, sharing with her 100,000-plus followers the strange, painful, and sometimes comical details of remotely looking after a dying family member in the middle of a pandemic.

“I just left a one-star Yelp review of the skilled nursing facility where Mom caught COVID-19,” read one of her tweets.

Kilmartin is no stranger to using social media to talk about parental loss in an irreverent way. In 2014, the comedian tweeted about her father, Ron, while he was dying from end-stage lung cancer, also at 82, in a home hospice in the East Bay Area.

“Hospice is a medical term that means ‘here, you do it,” she tweeted that year.

Those tweets led to Kilmartin’s comedy special, 45 Jokes About My Dead Dad, and her 2018 book, Dead People Suck: A Guide for Survivors of the Newly Departed. In it, she humorously described the indignities that come with taking care of an aging parent, death, and the grieving process: doctors’ lingo, adult diapers, planning a funeral, misspelled condolences, post-mourning sex, “morternity leave.”

“This book is dedicated to my mom, who probably won’t get this much ink when she dies,” she wrote.

I was just notifed that since my mom was a Trump supporter who died from COVID, her death has been ruled a suicide.

Kilmartin’s mom was a Trump voter. After her father’s death, the two lived together for four years in Kilmartin’s Burbank home. She posted on Twitter that their relationship was, simply put, “complicated.”

In May, Kilmartin took her mother to a Burbank hospital for shortness of breath and other medical complications. She later moved her into York Healthcare & Wellness Centre, a nursing home in Highland Park, to recuperate. Within days, JoAnn tested positive for COVID-19. Kilmartin ultimately doesn’t know how her mother got infected, but says she was later told by the staff that the nursing home had experienced a coronavirus outbreak. According to the Los Angeles Department of Public Health, 18 people associated with the location have died.

A week after her mother was transferred to Huntington Hospital in Pasadena, she died from COVID-19, pneumonia, and heart and liver failure. Kilmartin and her sister, Eileen, were able to visit her just once for an hour and a half.

“The worst part is you can’t touch them,” says Kilmartin. “You can’t reassure them. We were in full PPE gear. The few times we got to touch my mom, we were wearing plastic. That was really heartbreaking. She was denied the final dignities of a person, which is to be touched and comforted by your loved ones.”

The day she announced her mother’s death on Twitter, Kilmartin received more than 12,000 comments from friends and others in the comedy community. People who’d gone through similar experiences also had reached out to her.

Thanks to the hospital, which had hooked up its coronavirus patients with iPads, Kilmartin was able to communicate with her mother every day via FaceTime; their final call session lasted nearly 70 hours

We’re sitting at the kitchen table, the hospital is letting us Facetime with Mom’s body for one final hour. She looks beautiful, next to a window, her cheekbones basking in what little sun there is today in Southern California.

“We just talked to her nonstop,” recalls Kilmartin. “Obviously, my mom didn’t respond, but she could hear. We just tried to reassure her that she’s not alone, but she was alone.”

Kilmartin provided constant updates on her mom’s deteriorating health, right up until the moment she took her last breath. But not all of her messages were grim. Kilmartin shared the music she was playing for her mom on her iPad—Debussy, Lady Gaga, Johnny Cash, Emmylou Harris, Linda Ronstadt—as well as photos of her parents’ wedding and her mom’s many right-wing books, which Kilmartin wants to burn in a “bonfire.” She even Tweeted an image of the box she’s currently using to store her mother’s ashes and locks of hair.

“I was just notified that since my mom was a Trump supporter who died from COVID, her death has been ruled a suicide,” she joked.

Kilmartin says that her humor kept her from not wanting to “completely sink into despair.”

If I could do it all over again, I would’ve put mom in a hotel and hired a nurse to visit her 3x a day until she was fully rehabbed. Oh well, I’ll try to do better with my next mom oh

Whereas her father’s funeral was a celebration of life with family and friends, her mother’s was held over Zoom, which Kilmartin surprisingly admits was “awesome.”

“We were able to get more people on Zoom than at a regular funeral,” says Kilmartin. “We had some 80-year-olds that she went to high school with. She was a preschool teacher, so some of her former colleagues and former students logged in. It was an hour and a half. People spoke if they wanted to. They listened the whole time. We were able to record it. It was a lot to organize, but in a way it was pretty cool.”

“I just wanna hit them with a baseball bat,” says Kilmartin. “I don’t wanna tell them anything. There are no excuses at this point. If you’re being obstinate, you’re just being stupid and cruel, and I hope you get COVID. I honestly do.”

RELATED: Here’s What It’ll Cost You to Be Caught without a Mask in Some Local Cities