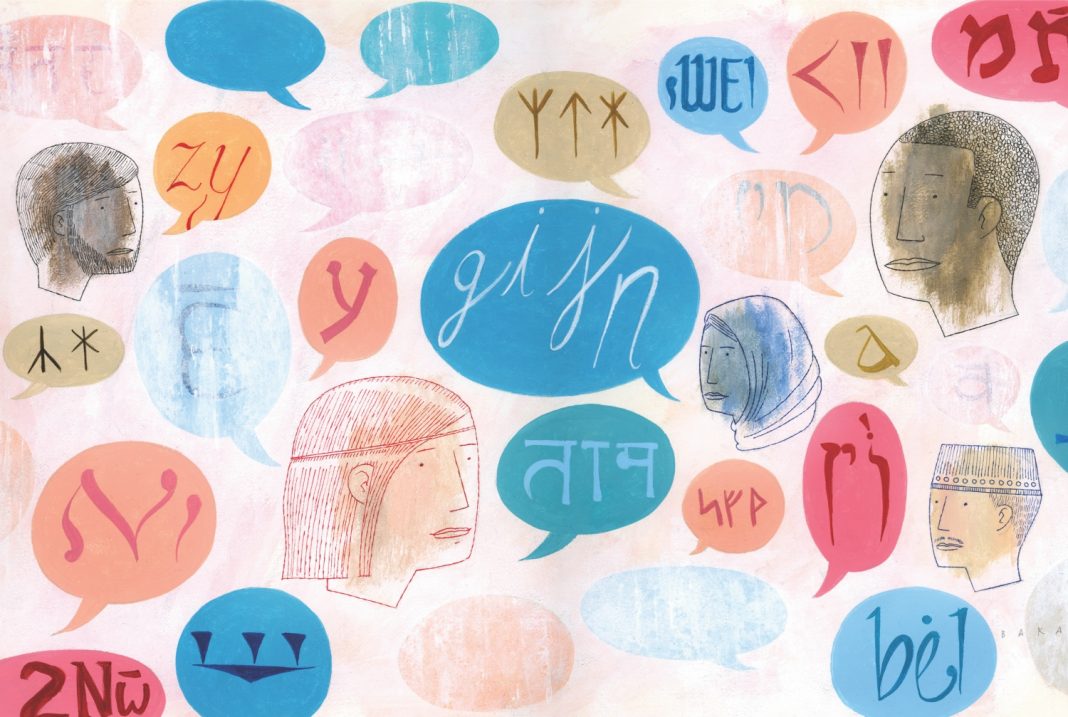 Of the estimated 6,000 living languages in the world, something like 43 percent of them are endangered. In the past 70 years alone, more than 230 have gone extinct, with one dying out every 14 days. Some have been recorded and remain in archives, like vestiges in audio morgues. Others have been resurrected by Lena Herzog as part of Last Whispers: Oratorio for Vanishing Voices, Collapsing Universes and a Falling Tree, an immersive multimedia presentation at the Ford Theatre on June 14.

“I wanted to evoke extinction, and the form of that extinction is silence,” says Herzog, a fine-art photographer whose work has appeared in exhibitions at LACMA and the recently shuttered Pasadena Museum of California Art and includes a book on the movie Bad Lieutenant: Port of Call New Orleans (directed by her husband, Werner). To bring Last Whispers to life, she worked with linguists and archivists around the world to track down everything from videos and music to photography and spoken-word recordings that showcase languages on the brink of vanishing. Her principal collaborator was the Endangered Languages Documentation Programme at London’s SOAS World Languages Institute, whose recordings—some dating to the 1920s—number in the tens of thousands. The chants, songs, and conversations in tongues like Nivkh, spoken by about 100 people on the remote Siberian island of Sakhalin, are amplified by cosmic imagery and underscored with music and soundscapes by Marco Capalbo and Mark Mangini.

“I wanted to evoke extinction, and the form of that extinction is silence.”

Herzog calls her composition an oratorio, not a requiem, because a requiem indicates “a finality,” she says, “and some languages are putting up quite a fight.” One of those is Manx, a Gaelic dialect spoken on the Isle of Man that has made a comeback after being declared extinct in 2009; another, perhaps surprisingly, is Hebrew, which was considered endangered as recently as the mid-19th century but is now thriving. “A core problem in endangerment of languages is that the new generations don’t speak it,” Herzog says. When conceiving of the performance, she tasked her contributing linguists with finding recordings that feature kids’ voices. “When you hear children calling to each other, it makes for several of the show’s most poignant moments.” The Ford engagement is one night only, but June 15, Herzog will show a virtual reality portion of the piece during a discussion with Los Angeles County Museum of Art director Michael Govan at the Mid-Wilshire institution.

The hope with Last Whispers—which has already had showings at South by Southwest, the Sundance Film Festival, and the Kennedy Center—is that it stirs curiosity about these lost languages and maybe even inspires a resurgence of some. “People who speak many languages live longer than those who don’t,” Herzog says. “Why would you want to live in a world where there’s one kind of person, one kind of culture?”